Canadian home sales rose by 4.6% (sa m/m) in February, dwarfed by a 23.7% (sa m/m) increase in listings. Due to this significantly larger gain in listings, the sales-to-new listings ratio, an indicator of how tight the market is, eased to 75.3% after spiking to 89% in January. Despite the improvement, the ratio remains notably higher than its long-term average of 55%. With listings still having a lot of catching up to do, historically tight market conditions brought about a 3.5% (sa m/m) increase in the composite MLS Home Price Index (HPI), breaking the record set in January for the largest ever monthly price gain. Townhomes were the primary driver of February’s record price increase.

Sales were up in about two-thirds of all local markets. Within the 31 local markets we track, 22 registered sales increases ranging from 6% (sa m/m) in Toronto to over 15% (sa m/m) in Calgary with St. Catharines topping the charts at 27% (sa m/m). While the national level of sales was down compared to the same month last year, it is the second highest on record for the month of February, and a remarkable 54% (sa) higher than the 2000–2019 February-average.

The increase in listings was very broad-based. Of our 31 markets, listings went up in all except for Montreal and Kelowna. The concurrent increase in listings and sales in 20 of our local markets is indicative of sales having been previously held back by the lack of listings, with new listings in February immediately snatched up by buyers. This influx of listings brought the number of our local centres in sellers’ market territory back to 21, down from 28 in January. However, the immediate absorption of new listings did little to improve months of inventory, which remained at their record low level reached in December, at 1.6 months—far below their long-term average of 5 months.

All home-types registered the largest monthly price gain on record in February, with townhomes leading the way. The acceleration in February’s price gain was most pronounced in townhomes and apartments—prices for these two segments went up by over 1.5 times their January increase. On the whole, the composite MLS HPI for all homes in Canada was 29.2% (nsa y/y) higher in February 2022 compared to the same month last year—making this month’s price increase the largest year-over-year and month-over-month increase on record.

Home sale activity picked up in February after a few months of small increases. An influx of listings and a rush to lock in lower rates are among the likely drivers of this pick-up. The new inventory that hit the market in February was immediately absorbed and brought little relief to price pressures as prices registered a record monthly gain.

After October of last year, home sales were relatively flat, having been largely held back by substantial declines in listings. Listings have generally lagged behind sales during the housing rally, stalled by wide-ranging factors. Among them are older Canadians’ longer stay in owner-occupied housing in retirement; the erosion of affordability and aggressive bidding wars which make listing and entering the market as buyers less appealing; expectations of future price appreciations that mirror those of the past 2 years which entice homeowners to hold off on listing to maximize return; and accommodative rates where the cost of borrowing is quite low making it more attractive and affordable to buy a new home and keep the old one as a rental investment property. This changed in February, with many sellers returning to the market. We have been expecting more inventory to hit the market as spring approaches, and with it more resales activity. This return was likely brought forward with the Bank of Canada signalling in late January that it will hike in March, effectively prompting buyers to rush into the market and lock in lower rates, and sellers to list and sell before rate hikes start cooling the market.

Of course, a single rate hike of 25 bps is unlikely to have an impact on housing prices, as rates remain accommodative and the marginal impact on monthly mortgage payments is small. However, the series of hikes that we are forecasting throughout this year and next will eventually help cool the market by alleviating some of the demand once they have time to work their way into mortgage originations and refinancing. This will be felt the most in areas where investors make up a larger share of the buyer pool as they are typically more sensitive to rate hikes and expectations of lower profitability and higher borrowing costs. On the other hand, homeowners are well placed to weather these hikes—under federally mandated stress tests, they had to show they could cope with rates that are at least 200 bps higher than their contracted mortgage rate, not to mention record high net wealth and saving cushions.

What February’s results indicate for the spring housing market is unclear. On the one hand, buyer fatigue, erosion of affordability, geopolitical tensions, and high inflation may play a role in alleviating some of the pressure. On the other hand, the rush to enter the market before expected rate hikes work their way into the system, combined with higher immigration targets for the year and exacerbated supply bottlenecks may act as an offset.

Predicting short-term movements in the housing markets is difficult. What we do know, however, is that in order to achieve a more balanced market in the long-term, we need to build more homes. The most recent census data confirm that the supply of homes has not kept up with population growth over the 2016–21 period, with the ratio of homes to population falling despite registering the slowest rate of population growth since 1972 (see here). It is the responsibility of the federal government to plan appropriately when setting immigration targets and to ensure that it is able to extend the needed support to new Canadians, including meeting their housing needs. Failure to do so in the past has at least partly played into the worsening supply-demand conditions in Canada, and we need solutions that address past shortcomings while accounting for future needs. For example, to address the supply shortage just in Ontario, the recent report from Ontario’s Housing Affordability Task Force calls for 1.5 million new homes to be built over the next 10 years (see here). 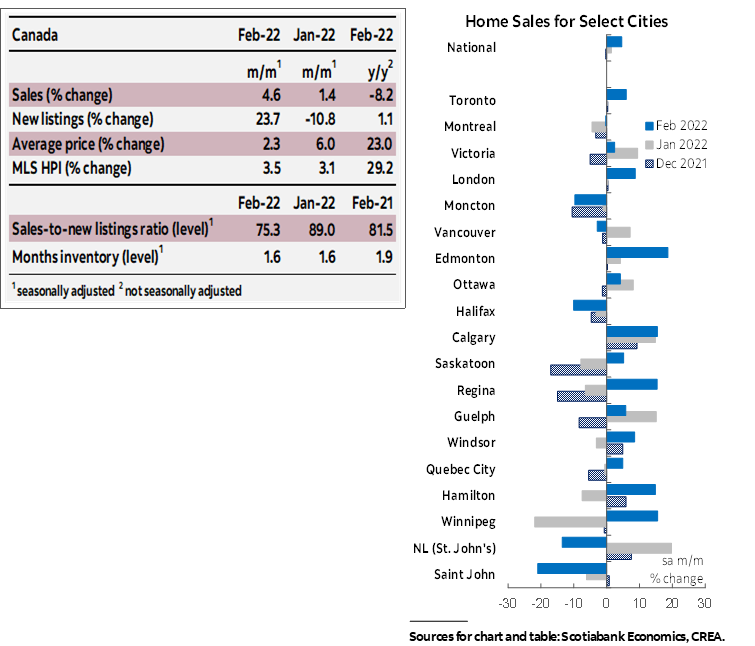 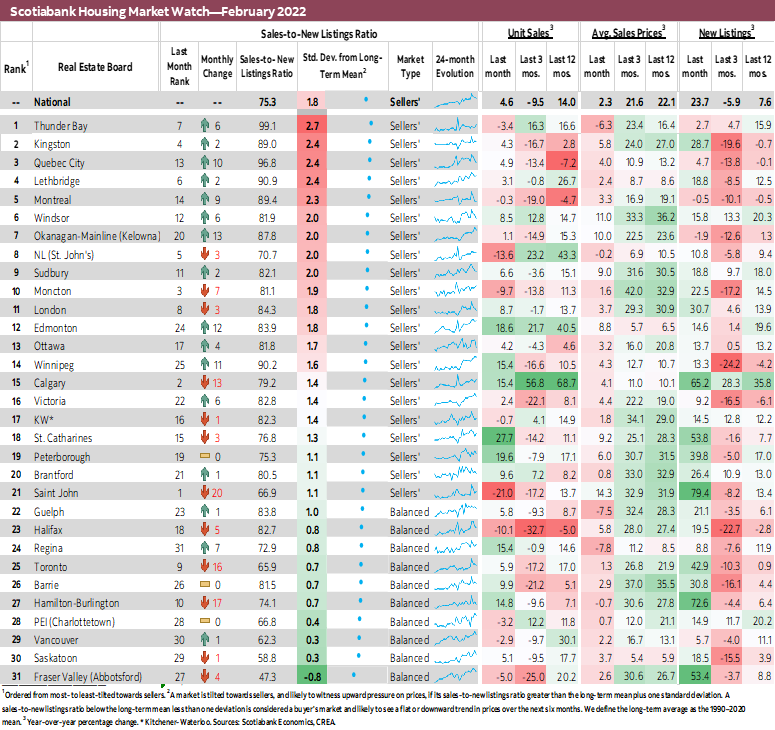 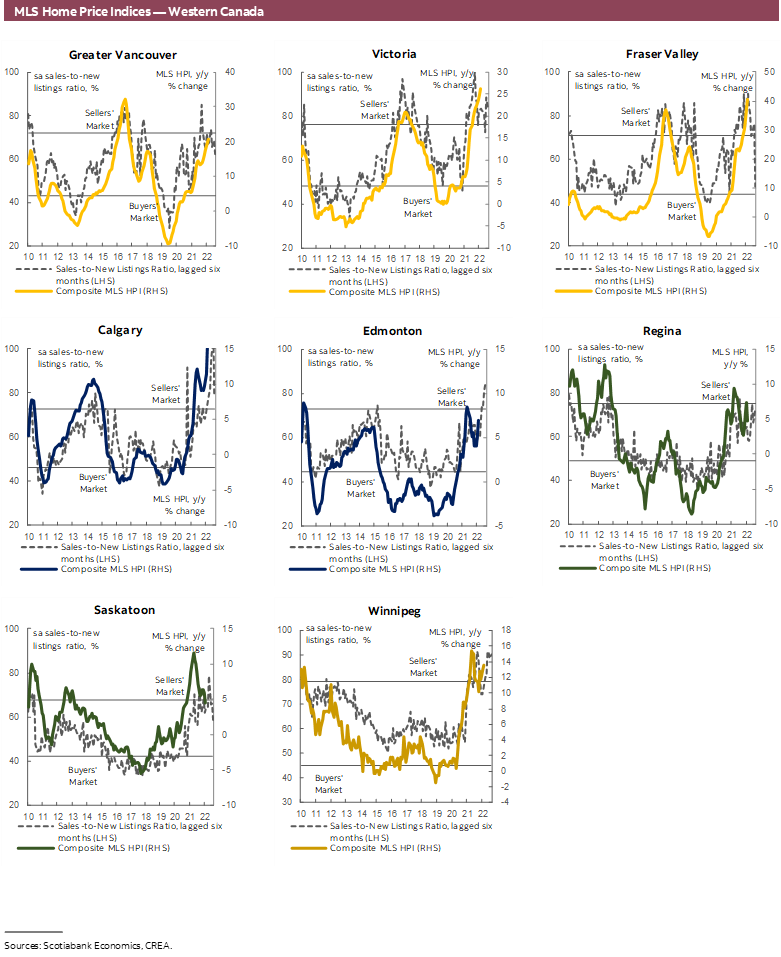 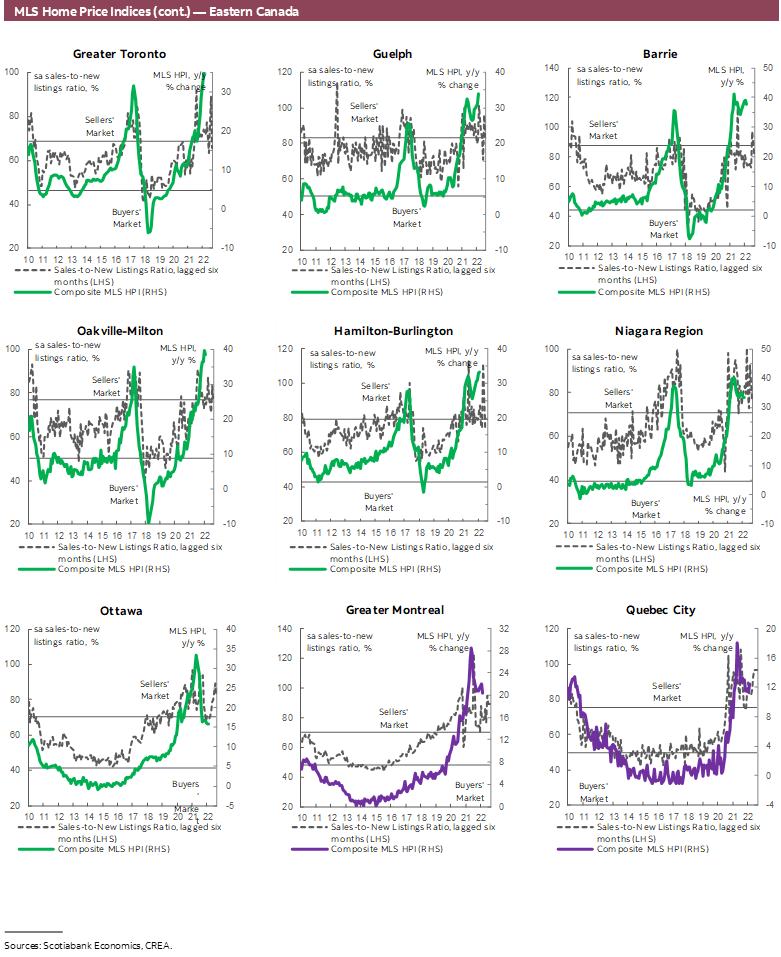