For the Russia-Ukraine conflict, our forecasts still assume a global drag on growth plus differing impacts by commodity export status. The conflict continues to engender uncertainty that weighs on consumer confidence and investment intentions—though there is little evidence of that so far in North America—and adds to existing inflationary pressures and input product shortages. That means significant downward revisions in Europe, more dependent on Russian products and subject to particularly sharp input product costs. However, countries like Canada, Australia, and to an extent the US will likely see an offset in the form of surging prices for the products they produce and export.

With inflation at multi-decade highs, global central banks have begun to lift their policy rates; while this represents a fast and significant withdrawal of stimulus, rates should remain supportive—particularly in North America—this year and next (chart 1). For instance, in April, Canada raised its overnight rate by an outsized 50 bps—the second bump on its way to 3% by end-2023—and we expect the Federal Reserve to deliver a 50 bp move at the May FOMC meeting to begin a similar path. While we still do not anticipate that this will tip either economy into recession this year or next, it does contribute to our forecast of moderating growth—and by extension commodities demand—through 2023. 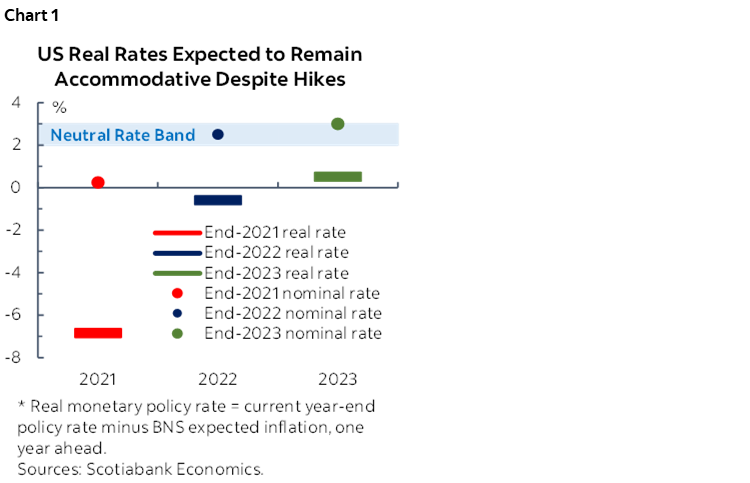 Against that backdrop, economic conditions are clearly deteriorating in China—the world’s second-largest economy and largest commodity consumer. The slowdown (chart 2) reflects likely transitory—though severe—effects of COVID lockdowns, but is also a culmination of multiple years of housing policy and demographic developments that will make it difficult to achieve already-moderated growth projections (see our analysis). Our latest set of price projections assumes a more moderate expansion in the Middle Kingdom than in January, but we think downside risks dominate the outlook for China’s economy as well as for global commodities demand. 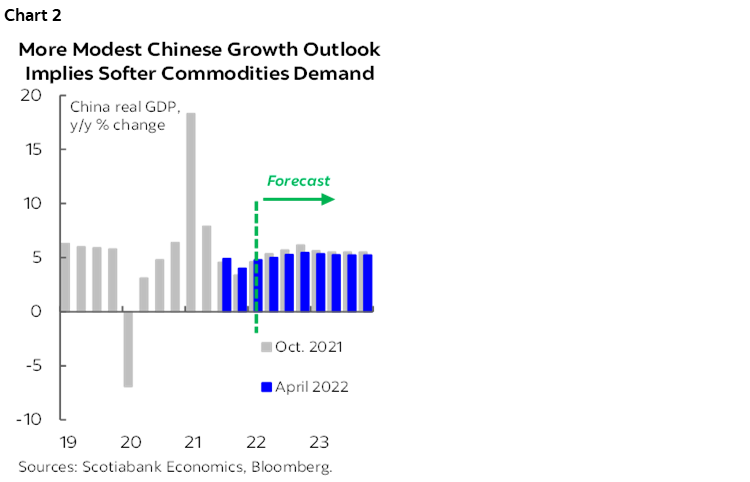 We have raised our oil price forecasts beyond the interim mid-quarter forecast released last month. We now expect WTI to average 103 USD/bbl this year and 95 USD/bbl in 2023 (chart 3); for Brent, we anticipate mean values of 108 USD/bbl and 99 USD/bbl in 2022 and 2023, respectively. We assume that the Russia-Ukraine conflict and trade flow concerns will remain in place for the next two years, with little relief from the US shale patch as capital discipline largely holds in the face of investor demands and price volatility. Demand destruction will likely be minimal in the near term, but contribute increasingly to downward price pressures as the conflict and environment of elevated crude values persist. 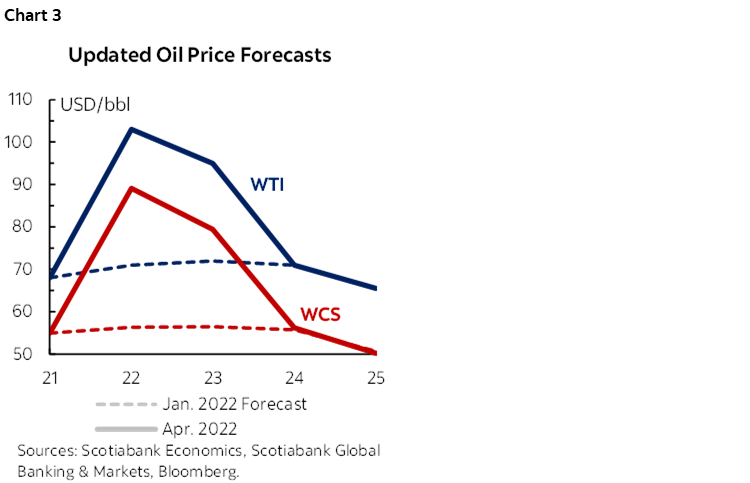 Our forecast increases for WCS mirror those for the light oil benchmarks. Broadly, prices should be well-supported by strong crude demand, and only modest growth in capital outlays that contribute to tight market balances. We expect WCS’s discount to WTI to narrow to less than 13 USD/bbl in Q2-2022 as Alberta production eases during the typical turnaround season, before hovering in the 13–15 USD/bbl range over the next two years. Longer run, we expect the TMX pipeline—completion expected in late 2023 with additional transportation capacity of 590k bpd— to provide enough egress for the next 5–10 years. We also see upside potential for Canadian oil should ESG questions discourage purchase of heavy barrels from other parts of the world.

Our nickel price forecasts have seen the biggest upward revisions since our January 2022 projections. This year, we anticipate average nickel values of 12.75 USD/lb—a 50% increase from our last forecast. Speculative activity brought prices to record highs this year—influenced by Russia’s outsized role in global nickel production—with a 12-day trading stoppage. We anticipate that they will ease as a multi-year surplus position takes hold beginning in 2023 via very strong growth of Indonesian Nickel Pig Iron production, but continue to average above 9 USD/lb through 2024.

Copper values have retreated over the last week—influenced by negative Chinese economic news—but we are still bullish on the red metal in the medium-to-long term. Very low inventories remain, and Russia’s share of global production—while more modest than for other metals—is significant enough at about 4% that supply fears and disruptions should keep upward pressure on prices. Notwithstanding issues in China and Europe, we still see solid stimulus- and reopening-driven copper consumption around the world over the next few years, which should roughly offset new production capacity across a range of countries. Beyond 2024, we still see prices hovering at record levels near 5 USD/lb as solid demand—influenced by the green energy transition—and a lack of major new project capacity result in significant supply deficits (chart 4). 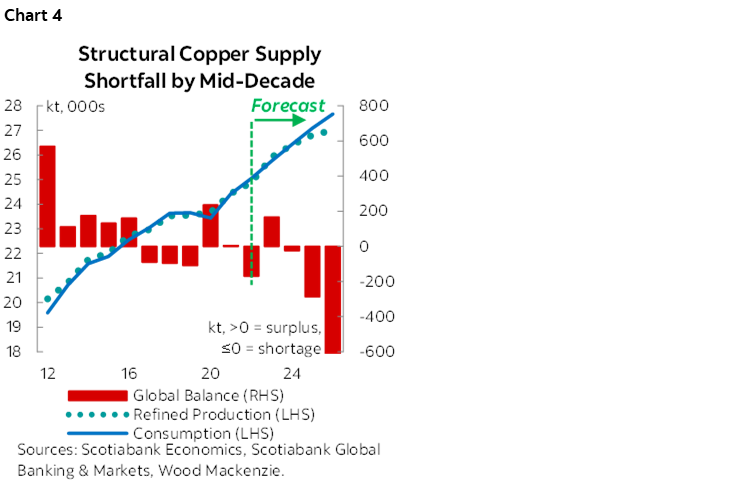 We have lifted iron ore price projections incrementally—to 125 USD/t this year versus 115 USD/t in January. On the one hand, Russia and Ukraine are important global producers and exporters of the metal—the US Geological Survey estimates that the two countries accounted for about 8% of 2020–21 global mine production by iron content. That has increased uncertainty about supply as the pandemic recovery in production elsewhere—particularly Latin America—has disappointed. However, the demand outlook has weakened amid China’s economic slide, and we now anticipate that Chinese steel production—the principal driver of iron ore consumption—will decline this year under the weight of COVID-19 and environmental restrictions.

Gold prices approached 2,000 USD/oz this month, despite the increasingly hawkish outlook for Federal Reserve policy. We have noted in the past that real US rates are the most reliable predictors of bullion values; our current projections for American monetary policy therefore imply that the yellow metal will increasingly experience downward pressure as the year progresses. However, gold investors may be betting that the Fed will avoid the most aggressive path of policy action later this year for fear of slowing economic growth too significantly; that would presumably keep inflation—against which bullion is viewed as a hedge—higher for longer. Markets are likely also responding to heightened uncertainty—gold is a safe-haven asset—related to the Russia-Ukraine conflict and China’s slowdown.

For the forecast, we have increased our gold price estimates by $100/oz in each of the next two years. That means annual averages of 1,900 USD/oz and 1,800 USD/oz in 2022 and 2023, respectively. The upgrades reflect upward revisions to inflation forecasts since January 2022, and our expectations that negative real rates will persist for longer than previously anticipated.

AGRICULTURE: RISE IN FERTILIZER PRICES IS A CONCERN

The Russia-Ukraine conflict has induced a surge in prices for agricultural products—especially wheat—which should provide a boost to farmers’ incomes; however, input costs are also rising significantly. Perhaps most noteworthy among these is the rise in the cost of fertilizer. This had already risen significantly before the invasion of Ukraine on the back of climbing energy prices and new export license requirements across a range of countries; Russia is the largest global producer and fertilizer prices have recently hit all-time highs. The economic implication of this development is that while agricultural prices will be well-supported so long as the conflict reigns, production will likely suffer. The impacts will evidently be the greatest in countries most dependent on Russian fertilizer exports (chart 5, p.2), though prices have softened somewhat of late and we suspect that Russian exporters will find avenues to get some of their product to market. 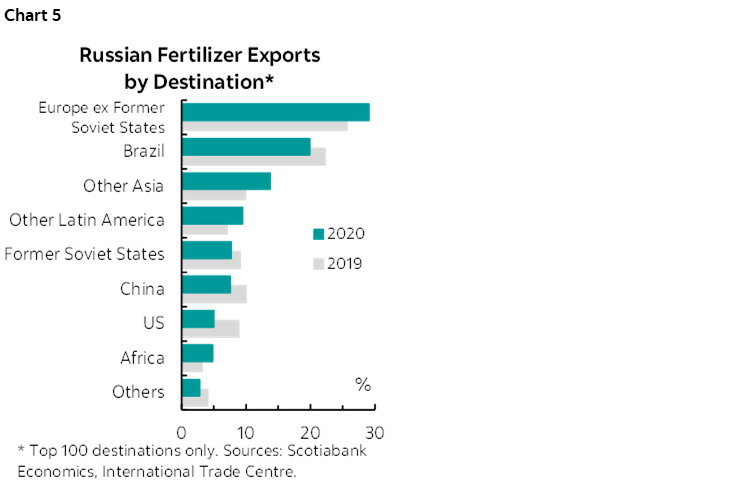 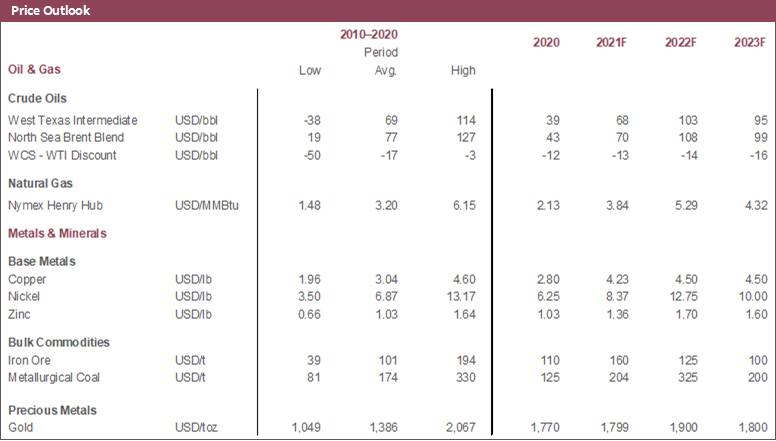