Enabling economic inclusion for our customers and employees

From large increases in global population to widespread use of digital technologies, our world is changing rapidly. In a world where the only constant is change, we must thrive in change. We believe that building a better, more resilient future means supporting all of our stakeholders, as our success is intrinsically related to the success of those around us. Whether that means providing access to financial tools and education or supporting employees with a diverse, inclusive workplace where they can grow and succeed, we strive to enable economic inclusion for every customer and employee, providing them with opportunities to build the future.

In 2018, Scotiabank served as one of three Joint Lead Managers on a CAD$1 billion Sustainable Development Bond issued by the World Bank in Canadian currency. 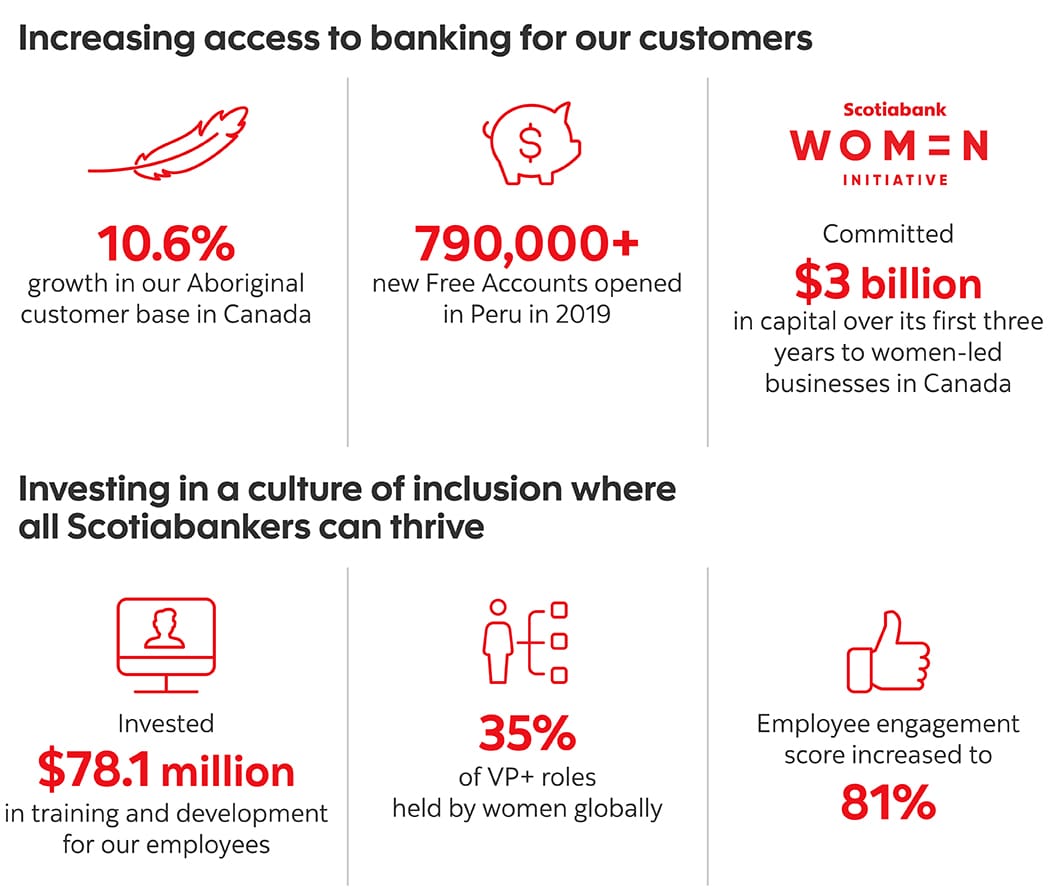 The Price of Equality

Scotiabank Peru carried out a campaign called The Price of Equality to address the gender wage gap in Peru, known to be the highest in Latin America.

The campaign allowed women to purchase products and services at Scotiabank – affiliated stores at a 29.2% discount – the wage gap between men and women in the country. A widely-watched Video was created to spread awareness for the campaign, which received awards at the 2018 Cannes Lions International Festival of Creativity, Eye of Latin America (Ojo de Iberoamérica) and Festival of Media LatAM (FOMLA).

The message behind The Price of Equity proved to be timely. On December 28, 2017, the Peruvian congress passed a law stating that women should be making the same amount of money as men.

Making the loan process faster and easier is one of the ways in which Pronto! Is improving access to finance in Uruguay