On the ice, Nicole Durand’s nickname is the “Pink Princess.” It’s a reference to the sledge hockey player’s distinctive powder-coated pink sled — but don’t let the moniker fool you.

“At first glance, I look small and like I will not go into the boards,” she said in an interview. “But I will battle anyone to the boards during the game.”

The 29-year-old was born with spina bifida and hydrocephalus. She started playing sledge hockey relatively late in life, but the sport has had an outsized impact over the years. It has helped to bring her out of her shell and allowed her to connect with and learn from other athletes with disabilities. She was instrumental in bringing sledge hockey to Nova Scotia.

“When my sledge hits the ice, it’s a sense of freedom for me,” Durand says during Hockey 24, a documentary that premieres this weekend. “I don’t think about the challenges that I face trying to navigate through some of the situations that I encounter during the day. I can just focus on hockey.” 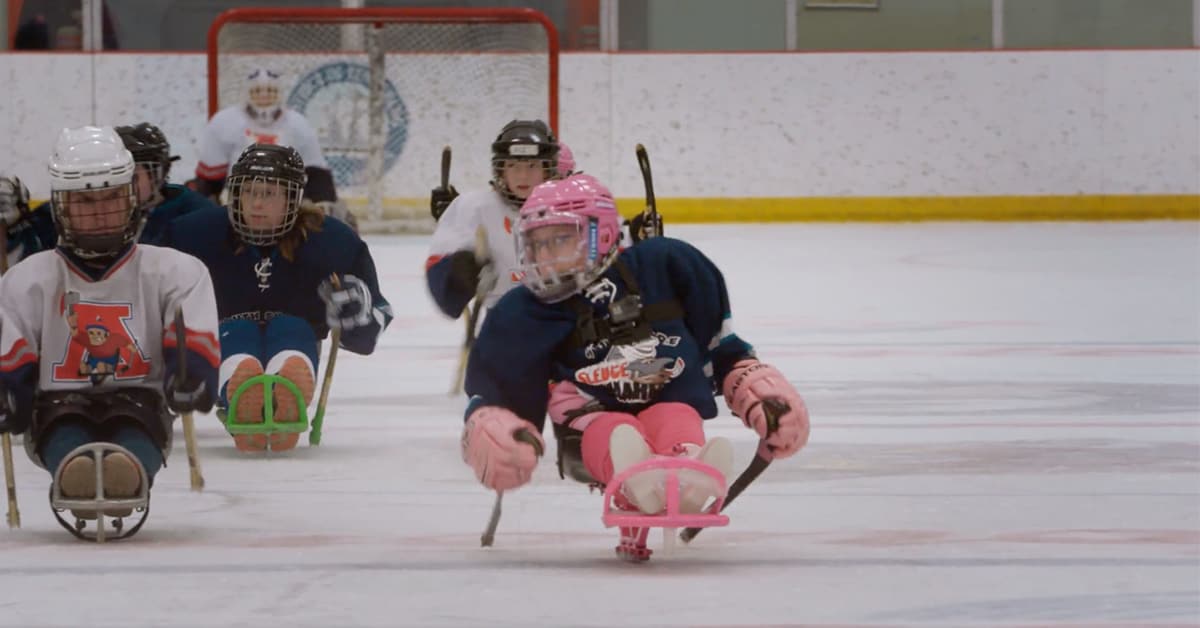 Last year, Scotiabank asked Canadians to send in home videos and photos of hockey taken on the same day – November 17. Thousands did, and the result was Hockey 24, a 90-minute documentary that captures the deep impact hockey has on so many Canadians and the passion they bring to the game, no matter the level or the circumstances in which they play.

The film uses footage submitted from across the country, as well as content captured by 25 documentary film crews and award-winning filmmakers, to provide a snapshot of a single day in the life of Canadian hockey, from bleary-eyed kids waking for early practice to a midnight skate by the organizer of a pond-hockey tournament. The film was imagined, edited and produced by The Mark.

It premieres on Sportsnet and Sportsnet NOW on May 24 and will be available on the Hot Docs website for an encore screening from May 25 to June 30. A French subtitled version of the documentary will air on TVA Sports and TVA Sports direct on May 31.

The film’s release comes at a time when fans are craving hockey and sports of any kind, with most professional leagues – including the National Hockey League — on pause due to the COVID-19 pandemic.

"During this time of physical distancing, Canadians are missing many things – Hockey and the NHL playoffs arguably the most obvious – and Hockey 24 has allowed us to share inspiring stories from across the country that demonstrate the impact sport has on our day-to-day life,” said Clinton Braganza, Chief Marketing Officer, Scotiabank. “We hope Canadians will mark May 24th on their calendars and tune in to celebrate the game of hockey and the people who make it great."

The film’s common thread is hockey, but the people and their stories are diverse and span across the country. From Quinn Kinsella, a nine-year-old boy with cystic fibrosis who plays for the Flamborough Sabres to Jayna Hefford, who has won five Olympic gold medals with Canada’s women’s ice hockey team, to Ainslie Bien-Aimé, a Montreal native who led Team Haiti to win the World Street & Ball Hockey championships.

Bien-Aimé’s parents immigrated to Canada from Haiti just before he was born with a dream of a better life. Growing up in Montreal, his parents emphasized the importance of team sports as a way to keep him on “a straight path,” he explains in the film.

He began playing hockey, but would often draw unwanted attention because of the colour of his skin.

“When I was younger, when I would get to the arena, people would look at me as an outcast. ‘A black guy that plays hockey? That’s not possible’,” he said in an interview. 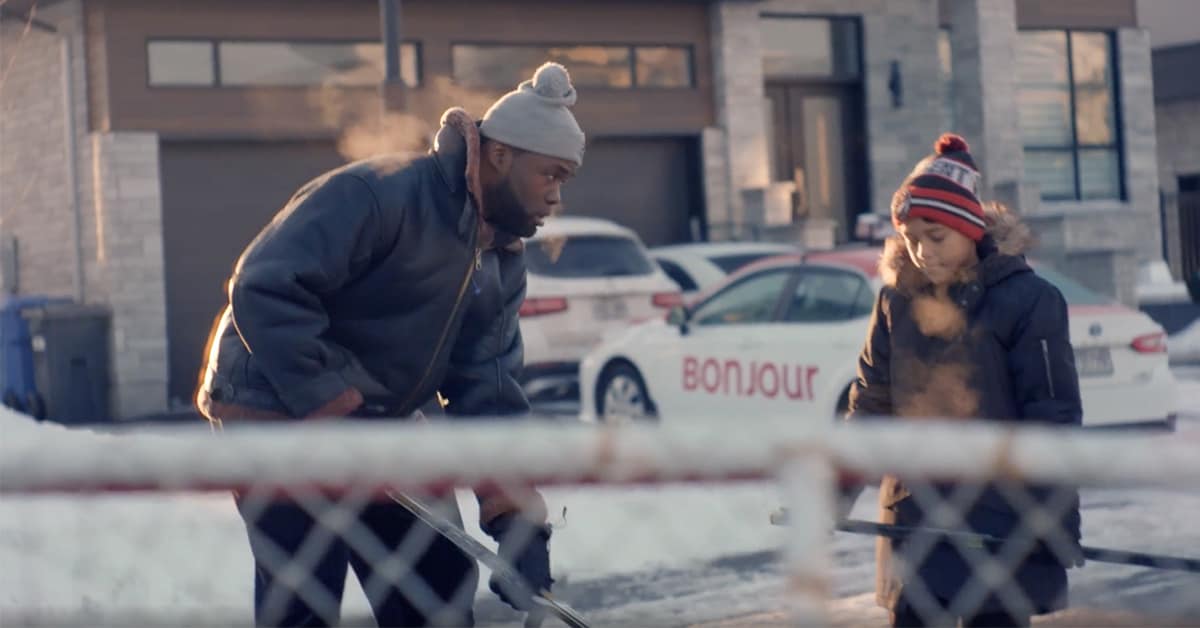 His helmet, however, acted as a barrier from all the injustice he would encounter on the rink.

It obscured the colour of his skin, he said, so he would be treated like anyone else. It made him feel “unstoppable.”

“When I put my helmet on, I became like Batman, like Spider-Man. I became a superhero,” he said during the film. “And I could show all these people I could be like them. If not better.”

And in 2015, Bien-Aimé showed the world that he and the rest of Team Haiti — largely made up of other Montreal-born Haitian players — were indeed unstoppable, by winning the World Street & Ball Hockey championships.

Calling it a surprise win would be a vast understatement. For example, Bien-Aimé says when Team Haiti arrived in Switzerland for the tournament, they were mistaken as the half-time entertainment.

Winning the top prize – beating out the likes of Armenia and France along the way – marked the first ever world championship won by Haiti, said Bien-Aimé.

It helped to cast Haitans in a different, positive light, away from the hurricanes, and other challenges the Carribbean nation faces, he said. It also helped to change the way hockey players of colour are perceived.

“Having a black hockey team win a championship, it made the black community here in Montreal shine,” Bien-Aimé said.

Hockey remains an integral part of Bien-Aimé’s life, as he continues to play and coach and works alongside many of his former ball hockey teammates as a Process Improvement Manager at Fuel Transport Inc.

Many of the lessons and challenges he encountered as part of a hockey team have been useful in his career, and life, he says, and he hopes it will help to shape his 13-year-old son as well.

That positive environment and the character development the sport brings was showcased in the various stories featured in Hockey 24, he added.