ON DECK FOR TUESDAY, APRIL 27

Global market moves are pretty limited across asset classes. The US$ is flat overall, longer dated sovereigns are slightly cheaper, stocks are little changed in Europe and N.A. futures and oil is bouncing back a bit. Overnight calendar-based risk offered no surprises while US earnings roll in from companies like GE, UPS, 3M etc. So far this season, 76% of S&P firms have beaten analysts’ earnings expectations and 75% have been revenue expectations. The main risk remains focused on the Fed and Biden’s not-SOTU speech tomorrow night.

The BoJ kept policy on hold and indicated no bias toward future changes while upgrading growth forecasts somewhat. All of that was as expected and so the yen and JGBs shook it off.

Sweden’s Riksbank also kept all policy measures on hold while indicating it would exhaust its current bond buying program by the end of 2021, reinvest until at least the end of 2022 and it forecast no change in its policy rate through 2024. The krona took it slightly dovishly compared to what was priced in advance. I think the Governor’s remark to the effect that while better times may be ahead, they didn’t want to prematurely weigh in by rocking the boat on an altered bias since, as he put it, it could mean having to start all over again from scratch if such expectations prove to be wrong. Many central banks are likely in this camp which basically says that should conditions evolve broadly in line with expectations, then prepare for a bias shift later in the year and into 2022.

China’s industrial profits soared by 92% y/y in March which was entirely base-effect driven. Profits would have been up by 91% if the only thing that had changed would have been the rebasing to last March.

The won is among the strongest performers this morning because Q1 GDP handily beat expectations. It was up 1.6% q/q SA (1.1% consensus), or about 6½% annualized.

On this side of the pond, watch the US Conference Board’s consumer confidence reading (10amET) specifically in terms of the jobs availability reading for a nonfarm clue given the correlations (chart 1). I would expect it to rise again in sync with the declines in initial claims.

The Richmond Fed’s manufacturing gauge will help to firm up expectations for ISM-manufacturing that is due out on Monday. We already know that Empire, Philly, KC and Dallas registered solid gains and the Markit measure was mildly higher. ISM was already at the highest reading since December 1983 and so far the average of the regional surveys points toward another ISM gain (chart 2).

We’ll also get repeat sales home prices for back in February (9amET) and the reading is likely to approach 12% y/y in no small part due to tight inventories.

Bank of Canada Governor Tiff Macklem testifies before the House of Commons Finance Committee at 4pmET. There will be an opening statement available right off the mark. Then fasten your seatbelt for spellbinding interaction. Or not…

Personally, I think the main risk—which is likely small—would be any further elaboration upon what Macklem means to convey when forecasting a sustained overshoot of the 2% mid-point of the BoC’s 1–3% flexible inflation target range. The guidance on that topic has been somewhat lacking consistency in my opinion.

For instance, Macklem said during last Wednesday’s press conference that the forecast overshoot was a function of the extraordinary forward guidance the BoC has provided. In other words, the pledge to stay on hold until spare capacity is shut and inflation on target—versus acting more pre-emptively in the past—would mean the BoC would be playing catch-up to inflation risk as the economy slipped into excess demand in their forecasts. If that’s the case, then the inference is that inflation should be coming back down to target if they were to print a forecast into 2024+.

Then in his weekend interview in the Globe and Mail, Macklem intimated that the BoC would be content with working the flexible range and allowing a run hotter bias for a time after inflation ran under target over the past year. That tone implied that a make-up strategy is being adopted at the BoC and communicated to markets ahead of the conclusion and formal communication of the results of its strategic review that are due later this year. By corollary, maybe Macklem has in his head a bias toward above 2% inflation for a period extending beyond 2023.

The two approaches are not necessarily inconsistent to one another but in order to be able to square the circle we need to know more about Macklem’s bias and so he should be pressed further on this topic. One additional avenue to pursue would be accounting for the evidence behind a sustained undershooting of the BoC’s inflation target for the whole post-GFC period. Recall chart 3 that shows this prolonged undershoot; in general, the Fed has been much more open about its inflation misses than the BoC has been and so is that because of a different approach to possibly addressing this or is it a reflection of a more defensive central bank in terms of its record over the past number of years? Recall that since 2010, headline CPI inflation has been below 2% two-thirds of the cumulative number of months and core inflation has been below 2% a whopping 95.5% of the time. That’s not just a one-year pandemic-era undershoot. What we need to hear—and soon, given where markets are going—is whether Macklem is of the bygones-be-bygones bias with a slight and short-lived overshoot bias, or whether he is adopting a mindset that seeks a more sustained overshoot in order to ensure that market participants believe the BoC will operationalize its symmetric 2% target over time or continue to operationalize it essentially as a ceiling which has been the case for many years now. They say it is symmetrical, but the evidence on persistent undershooting says otherwise. 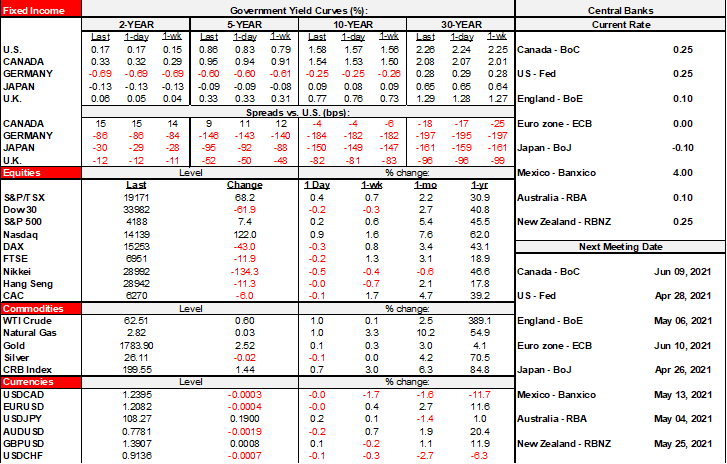