Martha Miller blazed a trail when she became Chief Executive Officer of National Rums of Jamaica.

She not only became the first woman to hold the top job at the rum producer and exporter, but she was also the first woman CEO in Jamaica’s rum industry. It’s a significant milestone due to the importance of rum in the country’s history, economy and identity.

Miller had to work harder than most to prove herself in a sector where women are vastly underrepresented.

“Rum is a man’s world at the senior levels,” said Miller. “And so, to be in this position, does take acceptance from my peers, who aremostly men.”

Her appointment shows that gender diversity in business is changing, but Miller hopes to see more women throughout the executive ranks in Jamaica.

It is strong women leaders like Miller and entrepreneurs that The Scotiabank Women Initiative™ hopes to help empower with an expansion of its mandate to Jamaica, and now Costa Rica.

The initiative — a three-pronged program that provides access to capital and tailored solutions, bespoke education and business advisory services and mentorship — first launched in Canada in 2018.

The launch in Costa Rica – offering the SWI program for women-owned and -led businesses −  this week marks the second country expansion outside of Canada.

The announcement comes ahead of International Women’s Day, a global celebration of women’s achievements in all areas of society, as well as a time to reflect on the challenges that remain, and steps needed to reach gender equality.

SWI aims to extend the reach of its program in the coming years, said Anya Schnoor, Executive Vice President Caribbean, Central America and Uruguay and the executive sponsor of the international expansion of the initiative.

“We want to be in most of our major markets by the end of 2025,” she said. “But this is not a cookie-cutter approach. We want to tailor the program to what the country wants and where it is in its own development. We’re really looking forward to seeing the impact this will have on the enterpreneurial landscape in these markets. This is just the beginning.”

The theme of this year’s International Women’s Day is “Break the Bias” — to go beyond acknowledging the unconscious prejudices that have made it difficult for women to progress and take action to level the playing field.

SWI set out to help empower women with an initial focus on entrepreneurs and has exceeded its commitment to provide $3 billion in capital to women-owned and women-led businesses in Canada. The initiative has since expanded to serve women leaders and executives among the Bank’s Global Banking and Markets clients, offering tailored programs such as board preparation courses. It has also expanded to the Bank’s Global Wealth Management division to provide women Wealth clients with education and other tools to support their financial futures. 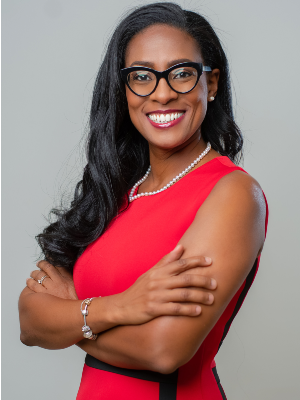 In a bid to address the challenges women face when seeking funding, SWI has launched a fund valued at $3 billion (Jamaican dollars) for women-owned or -led businesses in Jamaica.

The loan fund gives eligible women-led and owned businesses access to up to $100 million (JMD) at a launch rate of 7% along with waivers on applicable fees. In addition, fees for merchant services and business online banking will be waived for three months for these businesses.

In the coming months, SWI will also provide Jamaican women with career development resources,  including a series of free education workshops aimed at elevating women’s skills, gaining financial management and technical expertise. The final component will feature advisory assistance to further empower and mentor women in areas such as governance and commercial board readiness.

In Costa Rica, SWI offerings will include credit products for women-led companies that have been operating in the national market for more than two years, through the Bank’s small and medium-sized enterprise (SME) segment. The initiative has also established an alliance with the Association for Leadership and Social Advancement (ALAS) to develop educational materials focused on leadership issues for clients. Women business leaders and entrepreneurs will also have access to advice, personalized development opportunities and expert mentoring. 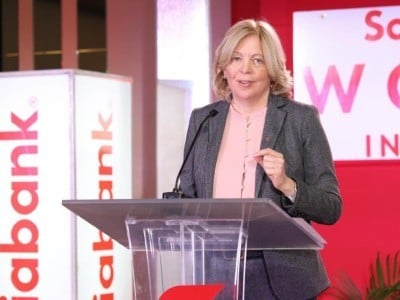 Schnoor said she is particularly happy to have launched SWI in her home country of Jamaica, which was also Scotiabank’s first country expansion outside of North America.

Schnoor pointed to studies that show there is a high proportion of women in middle-management leadership roles in Jamaica, but that there is room for better representation at the highest levels.

“There are strong women leaders in Jamaica,” Schnoor said. “We can take what has been growing in Jamaica and take it to the next level, really giving women access to training, mentorship and capital that is critical to their growth and development.”

Women have been disproportionately impacted by the pandemic globally, and Jamaica has been no different. Many careers have been stalled because women have had to take time off to support their families, Schnoor said.

Women have been disproportionately impacted by the pandemic globally, and Jamaica has been no different. Many careers have been stalled because women have had to take time off to support their families. —  Anya Schnoor, Executive Vice President Caribbean, Central America and Uruguay

“They’re the primary caregiver in their homes and it’s not just for their children but also their parents. That has created additional risks for their own careers,” she said.

Supporting women and increasing the pipeline of business leaders will benefit the industry and the economy more broadly as well, Schnoor said.

“All evidence shows that with more women at the table you’re going to make more money. At the end of the day, you’ll have a better organization, shareholders are happy, stakeholders are happy,” she said. “The great thing is that we’re moving in the right direction. We just have to move faster.”

That’s the change Miller wants to see most. She hopes to see more women in leadership roles in business, and is hopeful that SWI can help move the needle in Jamaica.

Often, as one of the few (or only) women in the room, the responses to her statements are markedly different than what a man receives after saying something similar, right after she has spoken, she said.

Miller is challenged more often and must take extra steps to prove that she is knowledgeable.

While she is encountering this less, as her career has progressed, Miller said her teenage daughter has mentioned the same issue, calling it “mansplaining.”

“If it’s still happening with teenagers, where does that leave us?” she said. “When my daughter said it, that made me step back and say, ‘How do we really change this?’ One part of it is that we have more women in the room. It will force the conversation.”

Focus Americas Ep. 3: The Evolution of Democracy in Latin America