After using different forms of contraception for a decade, Marina Pavlovic Rivas was fed up with the various side effects and looking for a better option. She wanted something non-invasive, without hormones but still reliable. Her search came up empty.

So, Pavlovic looked to create her own solution with her partner Thomas Cortina and, last summer, Eli Health was born.

She tapped her own background in data science and artificial intelligence and Cortina utilized his background in engineering and connected devices. The pair also worked with a multidisciplinary team whose expertise includes medicine and molecular biology, to co-create a prototype of a small home device that allows women to quickly measure various reproduction hormones and track the information to generate powerful insights, including the precise days when they would be most fertile, Pavlovic said.

“Think of a connected glucometer, but for hormones in saliva… Our mission is to empower women to take control of their health at all stages of their lives,” the co-founder and CEO of Eli Health said during WiSE24, a livestreamed, international event showcasing women-led startups pitching to investors around the globe over a 24-hour period.

WiSE24, which stands for Women’s International Showcase of Entrepreneurs, was initiated by Silicon Valley-based accelerator Women’s Startup Lab and held on June 18 in 13 cities around the world, including San Francisco, Tokyo and Montreal, the only Canadian city to participate.

Eli Health (pictured above)  was one of 11 startups to participate in the Montreal event held in collaboration with Scotiabank, Roynat Capital, Jarislowsky Fraser and The Scotiabank Women Initiative™, whose mandate is to support Canadian women-owned, women-led businesses through access to capital, mentorship and education. 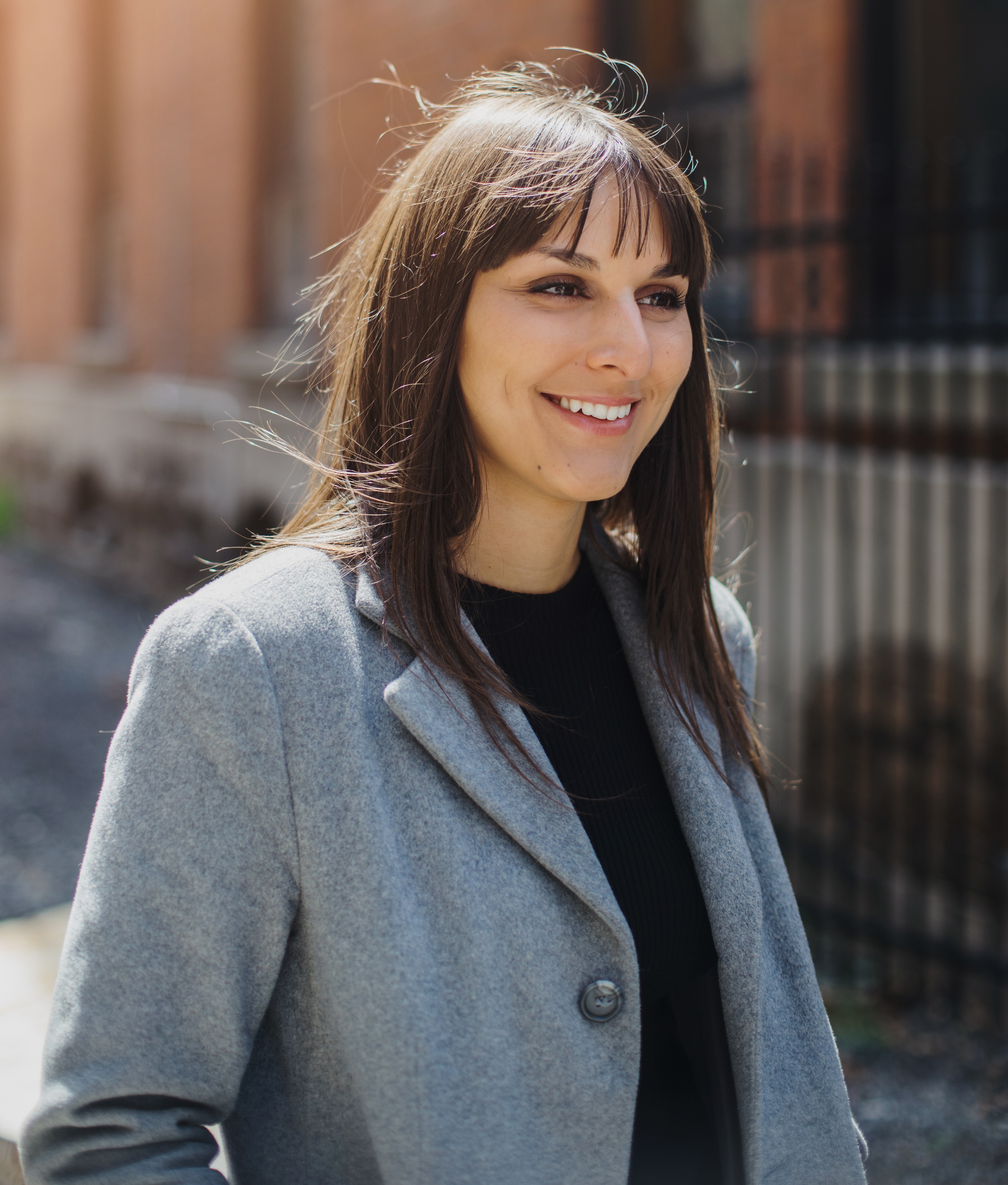 Marina Pavlovic Rivas , founder of Eli Health, a small home device which allows women to quickly measure various reproduction hormones and track the information to generate powerful insights, including the precise days when they would be most fertile.

Pavlovic’s company was awarded a $5,000 prize for delivering the strongest pitch among the Montreal competitors, as determined by an all-woman jury of partners and professionals from the collaborating companies.

All other WiSE24 cities featured only five startups over 30 minutes, but the level of Montreal’s applicants impressed the Women’s Startup Lab enough to allocate an extra 15 minutes of livestreaming to accommodate another six presentations, said Ana Marinescu, manager for The Scotiabank Women Initiative in Quebec, which organized the Montreal event.

Overall, 74 startups were showcased during the event globally, with roughly 850 people in virtual attendance, she added.

Maria Mangiocavallo, Vice President of Commercial Banking, Quebec Region at Scotiabank, an advisory board member for The Scotiabank Women Initiative and jury member, said Eli Health and the other 10 start-ups in the Montreal edition will also be receiving some coaching through the initiative and its partners.

Mangiocavallo says she hopes that showcasing these women-led companies during the global, virtual event late last week will help these entrepreneurs make new connections and get the support they need to bring their innovations to market, as well as inspire the next generation of entrepreneurs.

“You can’t be what you can’t see,” she said. “Providing the image of these really successful, ambitious, diverse women founders and co-founders who are looking for really innovative ways to make the world a better place is so important.”

Women continue to be underrepresented among tech startup founders and co-founders, and just a small fraction of the available venture capital money flows to women-led startups.

An analysis of more than 80 technology ecosystems around the world showed that only 14.1% of tech founders are women in the average ecosystem, according to Startup Genome’s Global Startup Ecosystem Report 2019.

Elaine Kunda, Founder and Managing Partner of Disruption Ventures, a venture capital fund focused on women-led businesses, and partner with The Scotiabank Women Initiative, pointed to data that showed female-founded companies in 2019 received just 2.7% of the venture capital funding in the U.S., up from 2% in 2017, citing a Fortune article based on data from PitchBook. Her comments came during an online panel presented by The Scotiabank Women Initiative, in parallel with WiSE24, with Andrée-Lise Méthot, Founder & Managing Partner, Cycle Capital Management, Cindi-Eve Bourassa, Director of the Free Trade Agreement Promotion Division, Global Affairs Canada.

“We still have a huge way to go,” said Kunda, a member of the Montreal WiSE24 award jury, during the panel discussion. “But I'm happy to be on the right side of history and investing in women.”

Meanwhile, the global economy has been hit hard by the COVID-19 pandemic, as physical distancing requirements restricted consumer activity, and venture capital investments have not been immune. Global venture capital funding has dropped by about 20% since the onset of the crisis in December 2019, Startup Genome said in a May report.

Pavlovic says the pandemic forced Eli Health to cancel a planned roadshow across Canada and in-person meetings in the U.S. and move their fundraising interactions online. The human interaction element is missing, but it is still possible to network and get the company’s message across over video chats, she said.

“Since you don’t have to travel, you can fit in even more of these meetings in one week,” she said in an interview after the event.

It’s too early to tell whether her pitch during WiSE24 will lead to investments, Pavlovic said, but Eli Health’s participation and recognition helps to demonstrate the startup’s traction and provides validation that investors are always looking for.

Eli Health has already developed a prototype and a portfolio of intellectual property and has formed clinical partnerships with leading medical centres in North America, she said. The startup has raised nearly $500,000 in funding from various sources, including Techstars and the government of Quebec. It is now raising its seed round to fund its next key milestones and requirements, such as Health Canada approval, as it looks to bring its device to market, she added.

The $5,000 jury prize will help the venture to hire two people full time for four months, in conjunction with support from Mitacs, a non-profit organization that supports research and training programs in Canada. One will be focused on analytical chemistry and the other on hormone research, Rivas said.

Contraception was the main reason Pavlovic co-founded Eli Health with Cortina, and the demand also represents a huge market opportunity. However, her aim with the device long-term is to add use cases for other stages of women’s lives, such as helping couples to conceive, detecting early menopause and using hormone levels to detect and prevent heart disease and osteoporosis.