These authors were chosen from a longlist of 14, which had been narrowed down from 138 submitted entries to the prestigious contest.

The nominated authors are:

“The five authors nominated for this year’s Scotiabank Giller Prize shortlist are exceptional,” said Elana Rabinovitch, Executive Director, Scotiabank Giller Prize. “The jury agonized over the final five books, arguing passionately and forcefully for their choices. The list they ultimately arrived at showcases the depth and breadth of Canadian literature. Congratulations to all.”

The Scotiabank Giller Prize was founded by Jack Rabinovitch in 1994 and showcases the best in Canadian fiction each year. The Canadian businessman, who passed away in 2017, named the prize in on honour of his wife, the late literary journalist Doris Giller. The prize teamed up with Scotiabank in 2005 and increased the winnings four-fold. Now, each year, the author of the best Canadian novel, graphic novel or short story collection published in English is awarded $100,000, and each finalist receives $10,000 each.

The shortlist announcement was made at the Jack Rabinovitch Reading Room at The Toronto Reference Library in downtown Toronto.

The winning author will be announced during the Scotiabank Giller Prize broadcast on Nov. 7 on CBC, hosted by Canadian artist and performer Rupi Kaur and actor Sarah Gadon. The broadcast, which starts at 9 pm EST, will be presented commercial-free courtesy of Scotia Wealth Management. It is also available on the free CBC Gem streaming service or at cbcbooks.ca/gillerprize.

“This year’s shortlisted authors represent an inspiring group of literary talent in Canada,” said Laura Curtis-Ferrera, Chief Marketing Officer, Scotiabank. “As a long-standing partner of the Giller Prize we share the same passion and commitment to the arts as the Rabinovitch family who founded the Prize 29 years ago. Scotiabank is proud to help bring the stories of these Canadian authors to the world.”

Take a closer look at the 2022 finalists:

Bio: Kim Fu is the author of two novels and a collection of poetry. Her first novel, For Today I Am a Boy, won the Edmund White Award for Debut Fiction and was a finalist for the PEN/Hemingway Award, as well as a New York Times Book Review Editor's Choice. Her second novel, The Lost Girls of Camp Forevermore, was a finalist for the Washington State Book Award and the OLA Evergreen Award. Fu's writing has appeared in Granta, the Atlantic, the New York Times, Hazlitt, and the TLS . She lives in Seattle. 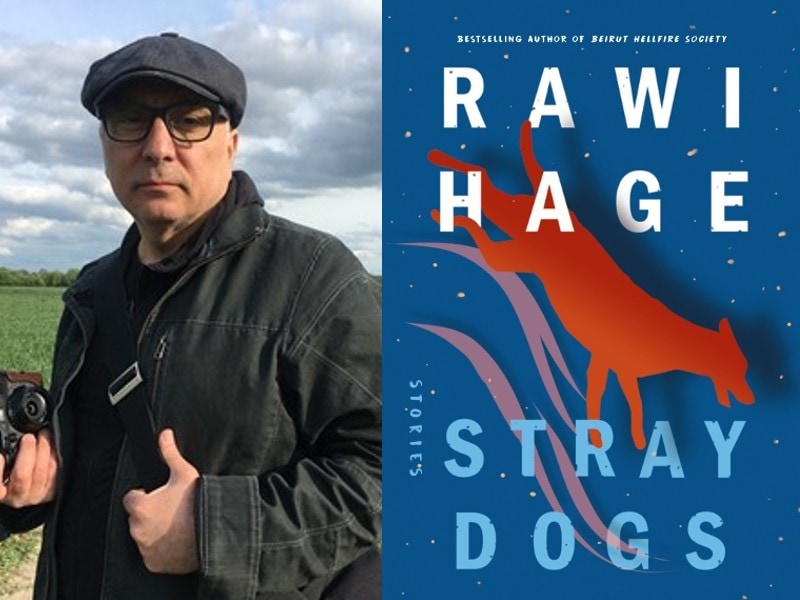 Bio: Rawi Hage was born in Beirut, Lebanon, and lived through nine years of the Lebanese civil war during the 1970s and 1980s. He immigrated to Canada in 1992 and now lives in Montreal. His first novel, De Niro's Game, won the IMPAC Dublin Literary Award for the best English-language book published anywhere in the world in a given year, and has either won or been shortlisted for seven other major awards and prizes, including the Scotiabank Giller Prize and the Governor General's Literary Award. Cockroach was the winner of the Paragraphe Hugh MacLennan Prize for Fiction and a finalist for the Governor General's Award. It was also shortlisted for the Rogers Writers' Trust Fiction Award and the Giller Prize. His third novel, Carnival, told from the perspective of a taxi driver, was a finalist for the Writers' Trust Award and won the Paragraphe Hugh MacLennan Prize for Fiction. His work has been translated into 30 languages. 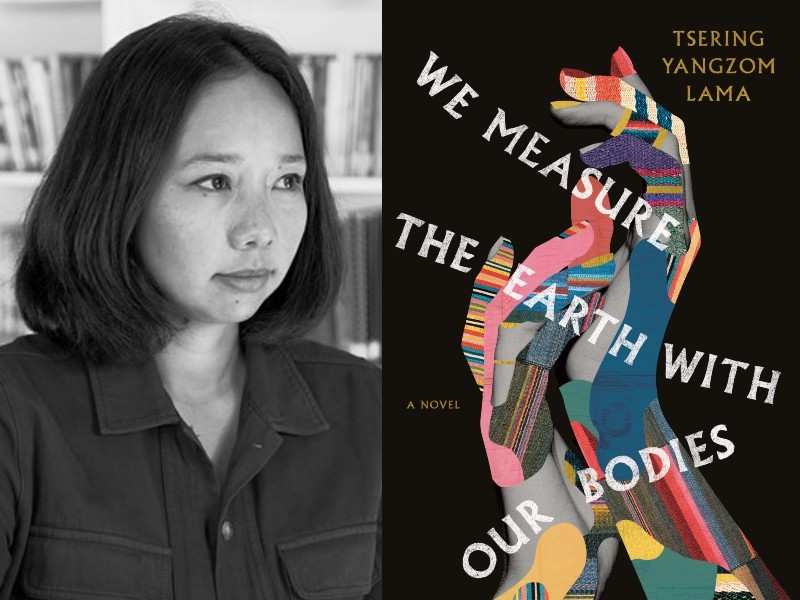 Nominated work: Novel We Measure the Earth With Our Bodies, published by McClelland & Stewart

Bio: Tsering Yangzom Lama holds a BA in creative writing and international relations from the University of British Columbia, and an MFA from Columbia University. Born and raised in Nepal, Tsering has lived in Toronto, New York City, and Vancouver, where she now resides. We Measure the Earth with Our Bodies is her first novel. 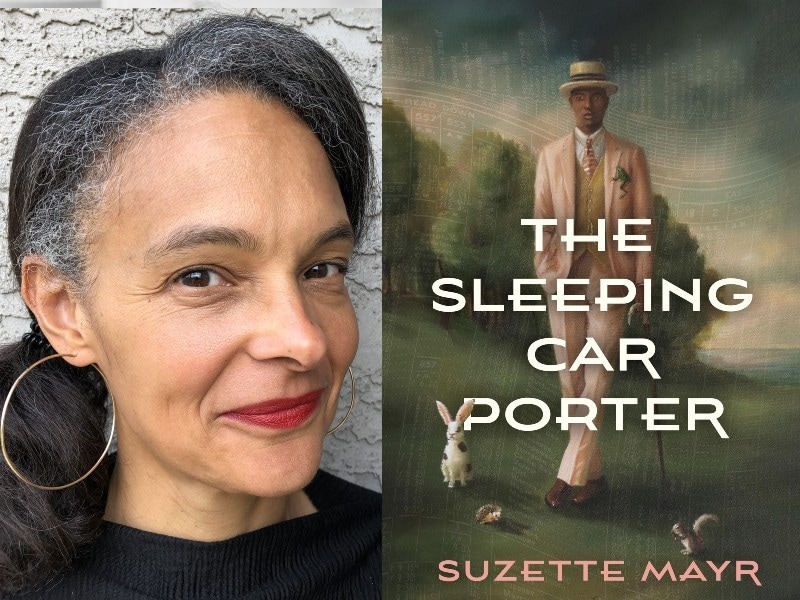 Bio: Suzette Mayr is the author of the novels Dr. Edith Vane and the Hares of Crawley Hall, Monoceros, Moon Honey, The Widows, and Venous Hum. The Widows was shortlisted for the Commonwealth Writers’ Prize for Best Book in the Canada-Caribbean region, and has been translated into German. Moon Honey was shortlisted for the Writers’ Guild of Alberta's Best First Book and Best Novel Awards. Monoceros won the ReLit Award, the City of Calgary W. O. Mitchell Book Prize, was longlisted for the 2011 Giller Prize, and shortlisted for a Ferro-Grumley Award for LGBT Fiction, and the Georges Bugnet Award for Fiction. She and her partner live in a house in Calgary close to a park teeming with coyotes. 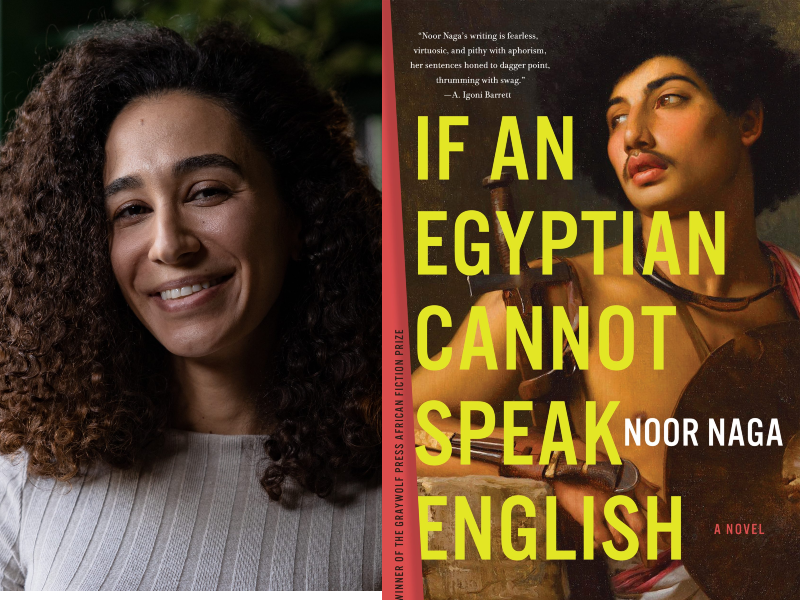 Bio: Noor Naga is an Alexandrian writer and the author of a verse novel, Washes, Prays. She is winner of the Bronwen Wallace Award, the RBC/PEN Canada Award, and the Disquiet Fiction Prize. She teaches at the American University in Cairo.