While many artists can pinpoint the age at which they first picked up a paint brush, a pencil or a camera, Jin-me Yoon says the germination of her art goes back to the moment of inspiration before she ever picked up a camera.

“I think if I’m honest, it was the move from post-war 1960s South Korea,” says Yoon, who was born seven years after the Korean War ended, amid a period of rebuilding in that country.

Yoon, who accepted the 2022 Scotiabank Photography Award on May 16 in Toronto, emigrated to Vancouver from South Korea with her parents and siblings in 1968. Her work challenges the narrative of nation and inclusion often creating collages through her use of photography, video and installation often evoking subtle humour and irony.

“Collage as a methodology makes sense from an immigrant’s experience — that collision of different things. The most important thing about collage is to open up meanings, not shut them down, but actually proliferate them. I think that’s the job of the artist,” Yoon said.

After 30-plus years of creating art that challenges humans to engage in more ethical relationships with one another and with their place in the world, she said winning Canada’s most prestigious, peer-nominated and reviewed photography award is one of the most fulfilling recognitions of her career.

“It will perhaps encourage other artists of colour and Indigenous artists to keep going with experimental gusto and courage. Though it’s challenging to be an artist committed to the long haul, it’s vital to make a presence in the public realm,” said Yoon about the award that celebrates outstanding contribution to contemporary art and photography by mid- to late-career artists.

“At Scotiabank, we believe the arts have the power to inspire and evolve our communities and our society in positive ways, and we are very proud to help elevate the careers of some of Canada’s most distinguished artists through this award.” 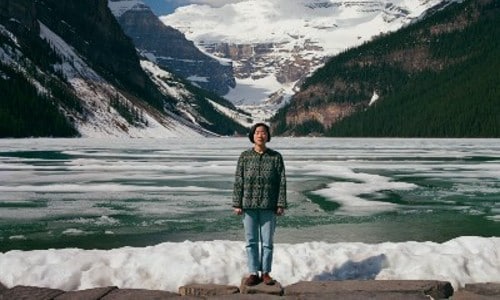 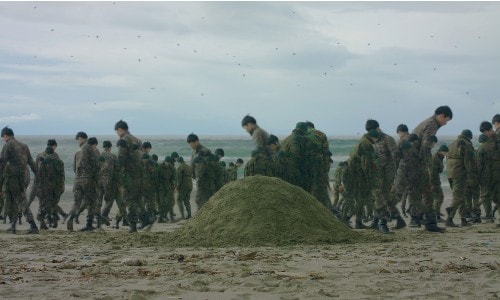 The annual award, co-founded by Scotiabank and Canadian photographer Edward Burtynsky, comes with a $50,000 cash prize, a solo Primary Exhibition during the 2023 Scotiabank CONTACT Photography Festival, and a book of the artist’s work published and distributed worldwide by German publisher Steidl. The two finalists — Toronto-based Barbara Astman and Shannon Bool of Comox, BC — each received $10,000.

The winner was selected by a jury of pre-eminent members of the Canadian arts community — Burtynsky, artist and jury chair; Sophie Hackett, Curator, Photography at the Art Gallery of Ontario; Dr. Kenneth Montague, art collector and curator; and Gaëlle Morel, Exhibition Curator at the Toronto Metropolitan University Image Centre.

Yoon is a Professor at Simon Fraser University’s School for the Contemporary Arts. She was elected in 2018 as a Fellow into the Royal Society of Canada, a council of distinguished Canadian scholars, scientists and artists, for her research contributions in the field of Art; was a recipient of the Smithsonian Artist Research Fellowship; and was among 12 leading Canadian artists commissioned to make work for Canada’s 150th anniversary as part of Landmarks/Repères.

Her work has been shown in more than 200 solo and group exhibitions across North America, Asia, and Australia, as well as select institutions worldwide, and is held in 17 Canadian and International public collections, including the National Gallery of Canada, Royal Ontario Museum, Vancouver Art Gallery and Seoul Museum of Art.

Since the early 1990s, Yoon’s work has critically examined the construction of self and other in relation to her experience as an immigrant to Canada and her ancestral history, with her lens widening over time to take in broader geopolitical and environmental contexts.

Yoon split her early years living in the South Korean countryside with her grandparents and in Seoul, where her parents worked. “At that time there wasn’t a mediatized culture of tons of advertising and billboards. It was totally different than the hyper-technological Korea of today, where you have screens on the side of buildings,” she remembers.

Collage as a methodology makes sense from an immigrant’s experience — that collision of different things.

She has vivid memories of travelling to Canada with her sisters and her mom to join her father, who was studying in the country by invitation, and recalls being stimulated by the images she saw during a journey that included a stopover in Japan where people on the sidewalk several floors below appeared to her as thousands of black dots moving along, and a plane ride that landed her in a city so culturally and visually different from her life in South Korea.

Yoon said her early years in Canada were defined by having to choose between assimilating or being an outsider, a tension she found difficult to negotiate, especially within a culture influenced by mass media with few representations of herself.

“Before we emigrated, we hadn’t understood the depth of white settler colonialism in the formation of Canada. We definitely were the other,” she said.

Souvenirs of the Self, a series of photographs shot in and around Banff in 1991, encapsulate those feelings well. In the photos, Yoon inserted her body into the Banff landscape where she was perceived as a Japanese tourist, questioning who can be Canadian, as well as eluding to the intense historical relations between Japan and Korea.

“Japanese colonialism was very much alive during my parents’ time. They were born during the colonial era. They weren’t allowed to speak Korean. The ways in which we understand the colonial subject has some shared and of course, differing histories to those of Indigenous people in Canada,” Yoon explained.

Those themes are also evident in A Group of Sixty-Seven, a work that juxtaposes paintings that contributed to the construction of Canadian identity with the year of Confederation and its centennial year, which saw significant changes to the Immigration Act, allowing Yoon’s family to immigrate to Canada. The work depicts 67 members of Vancouver’s Korean Canadian community in front of Maligne Lake, Jasper Park (1924), by Lawren S. Harris, and Old Time Coast Village (1929-1930), by Emily Carr.

In recent years, Yoon’s art has also incorporated an understanding of place and space in the context of challenges of our time, having experienced firsthand the devasting effects of climate change through raging fires and flooding in her home province.

Her recently completed project, Pacific Flyways, Long Time So Long, was shot at industrial sites that have become bird conservation areas. Inspired by migratory birds, one of the projects is a direct response to A Group of Sixty-Seven. Pacific Flyways (A Group for 2067) includes 18 video and photographic portraits of Korean youth — some multi-racial, some non-gender binary­­ — depicted as diasporic subjects in flight, tied to a past and a present, and entangled in cultures, ecologies and geo-politics in an interconnected world. 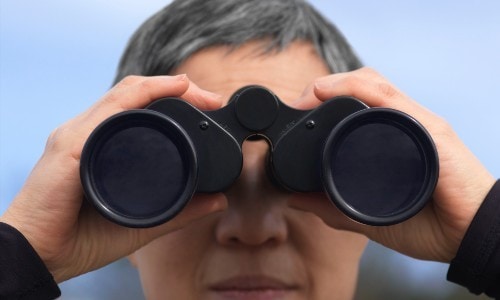 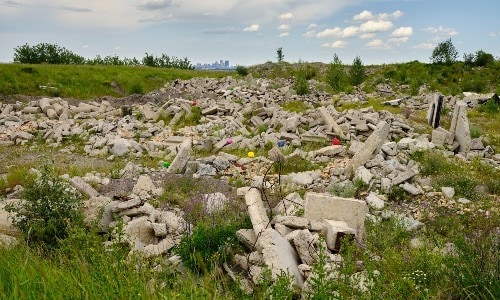 “Together, we learned this beautiful Korean dance, Dongrae Hakchum, or the crane dance, and we devised gestures more appropriate to the landscape. It symbolizes a new understanding of place, but also completely in relation to the body and to nature, but not pure nature. That’s one of the problems with the way we conceptualize Canada as this pristine place. It’s not pristine; it’s wounded,” Yoon says.

Yoon is hesitant to talk about what is driving her current project Long Time So Long. She did, however, share that the project made during the pandemic isn’t directly about COVID-19 but comes out of the intensity of our current moment. “It’s about time and place and in a broader way, about space,” she said.

“It’s trying to touch something that might be the paradox of this time we’ve gone through. I think it made us more reflective about how we spend our time and the conceptualization of time. It also has made us very aware of death. My project kind of swirls around those things, which I have been thinking about for a long time.”

At age 61, Yoon who is formally a Korean elder, is decidedly oriented toward the future. Through the process of making art, she said she strives to put climate change, current conditions and the traumas of the past into perspective, allowing her and others to set the conditions to reimagine a future.

“There’s an urgency for me to do what I can alongside other artists and people, and given my specific cultural background, the Korean youth in Canada who want to understand their place especially in relation to Indigenous peoples.”