Human trafficking is a greed-driven crime that is largely unseen, and that many may assume is rare in today’s world.

However, the estimated number of victims globally of this form of modern-day slavery range as high as 40 million, or more than the population of Canada, said Stuart Davis, Executive Vice President and Global Head, Financial Crimes Risk Management at Scotiabank, during a recent virtual event entitled “The Role of Anti-Money Laundering in Combating Human Trafficking.”

Private sector companies, such as Scotiabank, and government agencies have increasingly joined forces to tackle this pervasive problem, and these public-private partnerships are having an impact by opening up the channels of communication, said Barry MacKillop, Deputy Director, Intelligence, Financial Transactions and Reports Analysis Centre of Canada (FINTRAC). It’s helping to better identify these nefarious activities and is resulting in more proactive investigations, he added.

“The effort is being put in on both sides, and I think it really is making a difference,” MacKillop said. “It certainly has increased the speed, the ability of the regime in Canada to proactively target sophisticated crimes.”

Their comments came during a panel discussion hosted by Scotiabank and held in conjunction with a United Nations high-level meeting aimed at combatting human trafficking as an official side event.

Davis and MacKillop discussed how the collaboration between private sector and public sector entities has grown over the years. 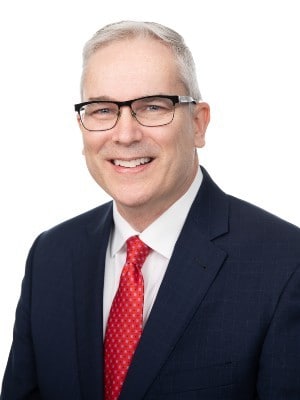 One prime example is Project Shadow, a public-private partnership co-led by Scotiabank and the Canadian Centre for Child Protection (C3P), which aims to strengthen the detection of the laundering of funds related to online child sexual exploitation. Another is Project Protect, a public-private partnership between FINTRAC, law enforcement and major Canadian banks aimed at stopping human trafficking.

These public-private partnerships are critical because they help identify financial transactions that are indicative of this criminal activity, without relying on the victims’ testimony, which can be stressful and re-victimize these individuals, said MacKillop. These partnerships have helped to provide new leads to law enforcement 80% of the time, he added, alerting them to people that are committing these crimes that they don’t yet know about.

“So far, they've been very successful… It's a model that we want to continue to promote, certainly here in Canada, and the best practices are really something that can be adopted and used internationally.”

Scotiabank is aiming to work with the public sector to expand the scope of its anti-human-trafficking projects and partnerships to other regions, such as Latin America and the Caribbean, where the Bank has a presence, said Davis.

We’re actively looking to move this forward in our other countries as well, and working with great organizations like the UN, a powerful force and motivator behind our efforts, to bring this to Latin America, Central America, South America and other regions globally.

“We’re actively looking to move this forward in our other countries as well, and working with great organizations like the UN, a powerful force and motivator behind our efforts, to bring this to Latin America, Central America, South America and other regions globally.”

Davis and MacKillop also expressed optimism that growing awareness of the problem, as well as more sophisticated technologies such as AI being increasingly used to detect associated transactions, will help advance their common goal of eradicating this crime.

“It’s a plague mostly driven by greed…. We agree we want it to end for the betterment of our society and civilization, and increasingly there's more and more awareness about this,” Davis said. “And with that awareness we can do something about it. That's what motivates me.”