Souvankham Thammavongsa has won the 2020 Scotiabank Giller Prize for her short-story collection, How To Pronounce Knife, her debut work of fiction which examines the immigrant experience.

The Toronto-based author was announced as the latest winner of the award – among the biggest in Canadian literature at $100,000 – during a virtual ceremony on Monday evening, which aired on CBC and streamed online.

“Thank you to my Mom and Dad. Thirty-six years ago, I went to school and I pronounced the word ‘knife’ wrong, and I didn’t get a prize,” Thammavongsa said, after accepting the hand-crafted glass award that was delivered to her front door during the ceremony.

“But tonight, there is one. Thank you.”

How to Pronounce Knife, published by McClelland & Stewart, is a “stunning collection of stories that portray the immigrant experience in achingly beautiful prose,” the jury wrote of the winning book.

“The emotional expanse chronicled in this collection is truly remarkable. These stories are vessels of hope, of hurt, of rejection, of loss and finding one’s footing in a new and strange land.”

The other four finalists – Gil Adamson for her novel Ridgerunner, David Bergen for his short story collection Here The Dark, Shani Mootoo for her novel Polar Vortex and Emily St. John Mandel for her novel The Glass Hotel – will receive $10,000 each.

These five authors were selected for the prize shortlist out of a longlist of 14 and a total of 118 works submitted for the prestigious literary award.

Thammavongsa has written four poetry books, Light, Found, Small Arguments and Cluster, but How to Pronounce Knife is her first book of fiction.

She says she set out to write a collection of stories that orbited around the first and namesake tale of the book, which was based on a real-life event.

Thammavongsa was born in the Lao refugee camp in Nong Khai, Thailand, before coming to Toronto where she was raised and educated.

As a child, she asked her father how to say the word “knife” and he told her to pronounce the silent “k”, Thammavongsa recalled during a recent virtual event ahead of Monday’s award ceremony. When she later read “kahneyff” aloud in front of the class, she was told that it was wrong, but Thammavongsa refused to change her pronunciation.

It didn’t make sense to her that a letter at the front of a word would not have any sound, she explained during Between the Pages: An Evening with the Scotiabank Giller Prize Finalists.

“In my own experience not knowing how to pronounce that word I did not feel sad or ashamed, or humiliated,” Thammavongsa said during last week’s event. “What I felt was alone with that language and I wanted to capture that moment.”

This “idea of failure” is what all the stories in her collection circle around, she added.

“Often when we hear stories about immigrants and refugees, we hear about them when they become a success,” Thammavongsa said. “But sometimes, you know, the person that's trying to get to the next minute, the next hour, the next year, that's a hero too. And they deserve to be at the centre of the story.” 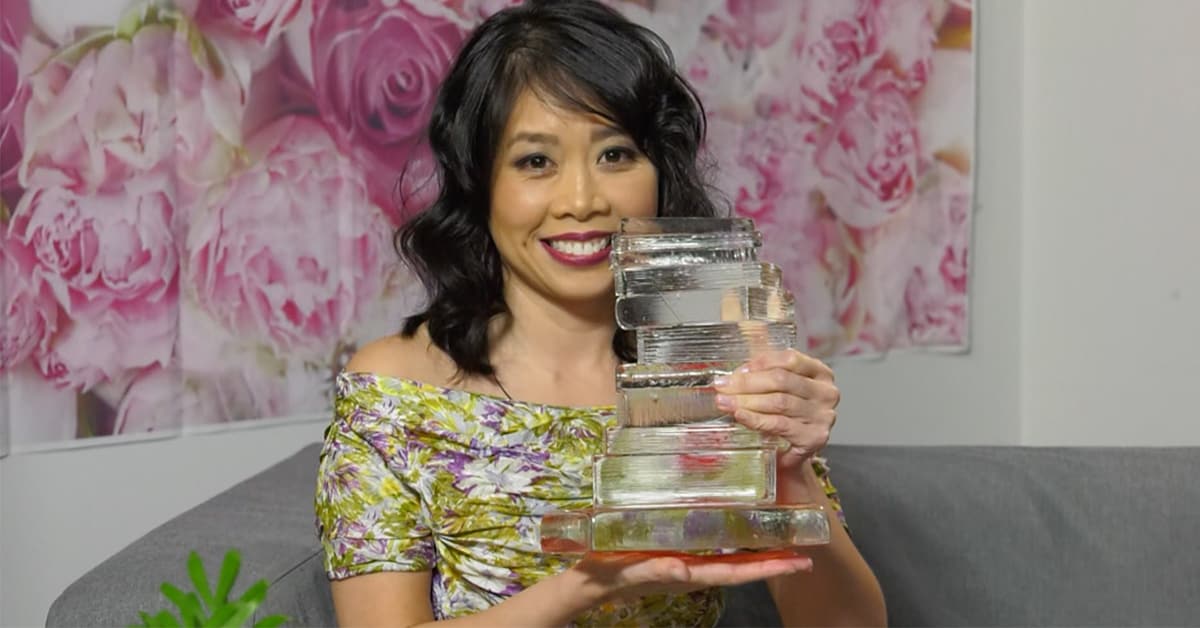 Toronto-based author Souvankham Thammavongsa won The Giller Prize for her short-story collection, How To Pronounce Knife. Photo by Nathan Dharamshi.

The Giller Prize was founded by Toronto businessman Jack Rabinovitch in 1994 to highlight the best in Canadian fiction each year. He named it in honour of his wife, the late literary journalist Doris Giller. Rabinovitch passed away in August 2017.

“Warmest congratulations to Souvankham, tonight’s top winner for her exquisite collection, How to Pronounce Knife,” said Elana Rabinovitch, executive director of the Scotiabank Giller Prize and daughter of the prize’s founder. “In this most unusual moment in history, the jury – in what they described as the most intimate book club ever – chose this work for its excellence and this author as 2020’s fully realized rising literary star.”

John Doig, Scotiabank’s Executive Vice President, Retail Distribution, said the Bank has been a proud sponsor of the prize and “looks forward to continuing to highlight Canada’s extraordinary literary talent through this partnership.

“For Souvankham, we hope this recognition presents new opportunities and we welcome her to the Scotiabank Giller Prize family,” he said. “In a year like no other, Canadian authors remain at the top of their craft.”

Thammavongsa, who is at work on her first novel, will also be honoured at the 2021 virtual San Miguel’s Writer’s Conference & Literary Festival in January.

Come back to Perspectives later this week to read our interview with Thammavongsa.

@GillerPrize will also host a live Twitter chat with the author on Nov.12 at 2 p.m. EST, using the hashtag #GillerWinner.

New Generation Photography Award 2021: And the winners are…