Canada is on the cusp of having its own transition-focused taxonomy, a very welcome, important tool that will help the burgeoning sustainable finance market to develop and grow.

This set of standards – a shared playbook defining eligible assets and projects aimed at reducing carbon footprint – will be critical as Canada, and the world, strives to reach net-zero emissions by 2050.

Canada’s natural resource sectors have already taken steps to reduce emissions and plan for the needed shift to greener methods. The mobilisation of additional capital through specialised financial instruments such as transition-based bonds and transition-linked loans will enable that work to continue.

The technical committee that oversees the development of Canada’s taxonomy – composed of industry stakeholders including banks ­- is highly engaged and working as quickly as it can, but it is also important that members take the time and care needed to get it right.

The work that the CSA Group’s Technical Committee for Transition Finance is doing is very important and fundamental to a resource-based context. While there are other transition frameworks already in existence – such as the EU taxonomy – it’s important that Canada take a leadership role in the development of transition-based tools suited to the country’s industry makeup.

Canada’s taxonomy is being designed to influence sectors to pivot toward a low-carbon economy. It’s meant to be additive to existing frameworks and others that are also in development and I’m optimistic it will align with existing architecture where possible.

Canadian market participants have already been influenced by the EU taxonomy, an impressive achievement that will take the market to another level. You can see this in the constant improvement of green frameworks across Canada, some of which have won notable green awards, such as those from the provinces of Quebec and Ontario.

But in order to hit net-zero emissions by 2050, there is a collective sense of urgency to advance this component of the market in Canada.

Canada’s taxonomy may be voluntary and markets may feel like there is an incentive to certify to the lowest standard, but that’s not the case. Issuers are incentivized to take a best-in-class approach so they are not left vulnerable to scrutiny – there is a collective reputational risk that is top of mind

Canada’s taxonomy may be voluntary and markets may feel like there is an incentive to certify to the lowest standard, but that’s not the case. Issuers are incentivized to take a best-in-class approach so they are not left vulnerable to scrutiny – there is a collective reputational risk that is top of mind.

We already have a good idea of what transition should look like and feel confident that transition bonds can be structured in a robust manner that will be accepted by the market. There have already been half a dozen transactions issued to date demonstrating the market is receptive to transition bonds issued outside of predefined standards.

In addition to the transaction precedents, there are a few other reference points available to the market such as public and private sector initiatives, and a host of papers and articles suggesting best practices and guidelines.

In fact, there’s roughly $1trn US dollars of green funding that was issued outside of perfectly baked conditions, including electric forms of transportation like trains and buses, and renewable energy projects. From a sustainability perspective this was a great accomplishment, as a significant amount of greenhouse gas emissions will be kept out of the atmosphere.

Right now, even without a made-in-Canada taxonomy in place, it’s important to approach each transaction with a healthy dose of rigour. The due diligence process must be extensive, and a key question is simply to ask: Does the transaction make sense? Is it being designed in a manner that will enable a company, or government, to achieve what it’s setting out to do? How does it align with changing investor behaviour? Are there any other lifecycle effects to which closer attention should be paid?

The ongoing COVID-19 pandemic has reminded us all how environmental and social risks are interconnected. Can transactions really succeed in the future if they’re dissociated? It’s hard to imagine that they can.

However, as more countries such as Colombia, China and Malaysia develop their own taxonomies, the expectation that all will align becomes harder to achieve. It’s important that companies operating in multiple countries and currencies make the extra effort to critically examine each transaction to ensure it meets the highest standards across the board.

There are also blind spots in existing standards, and we must be rigorous and try to fill in those gaps.

All this to say, issuers are driven to go over and above the minimum requirements.

Without getting into a market efficiency debate, we have seen several examples where this has been the case. Just look at the amount of voluntary assurances that exist, such as the increased use of third-party verification of the use of proceeds and impact reports from green bonds, for example.

The creation of Canada’s taxonomy is an important step and another tool in our arsenal to help reach net zero by 2050 by creating a framework around disclosure.

Looking ahead, there remains several trillion dollars of projects that need to be funded to achieve the 2030-Agenda and the objective needs to be to preserve the integrity of the market so that it can grow. This has never been more important.

The Canadian taxonomy will unlock capital and spark further growth of the sustainable finance market and has the potential to significantly move the needle on the broader economic shift that needs to take place. 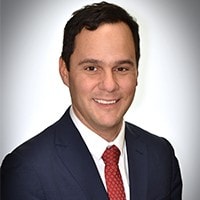 Jason Taylor is Director of Sustainable Finance at Scotiabank. He is also the Canadian bank’s representative to Canada’s Transition Taxonomy Technical Committee at the CSA Group.

This story was first published on Responsible Investor. Taylor also participated in a panel on the topic of transition taxonomy as part of the RI Digital: Canada 2020 conference. To watch a replay of the virtual event, click here.