Invested: Rotate into a diversified portfolio

Myles Zyblock, Chief Investment Strategist of Scotia Global Asset Management, which manages more than $175 billion for millions of investors in Canada and around the world, shares Scotia GAM’s latest market and investing insights.

This month, Myles looks at whether investors should be trying to catch sector rotations as part of their investment strategy, as financial markets recover.

A key pivot in equity markets took hold in mid-June initiating a powerful multi-week rally that drove the S&P 500 Index up as much as +17% from its low and sparked conversation that we may have reached the bottom of the market. Within this move, active traders shifted their capital in anticipation of the next best asset and/or sub-asset. Market rotations dominated the news headlines, veering between equities versus bonds, value stocks versus growth stocks, and large-caps versus small-caps as the rally gained momentum in July and then stalled in mid-August.

Rotation is the movement of money from one industry, asset class or investment style to another as investors try to anticipate the next stage of the economic cycle.

Do these rotations matter for the long-term investor?  Should investors be trying to catch every turn for their portfolios? We argue that these rotations are not only common, but they typically do not last long and, most importantly, are extremely difficult to predict.

Over both the short and long term, a diversified approach with no active tinkering is a much more sensible approach for most investors than trying to beat the odds and time rotations.

One of the key rotations in the S&P 500 Index has been the battle between value (e.g., low price-to-earnings) and growth (e.g., high earnings growth) stocks. We know that growth, driven primarily by the technology sector, has been under pressure in 2022. A closer look, however, shows that there were two major pivots: one near the beginning of the year and another towards the start of the S&P 500 rally in June. More recently, it appears that yet another pivot is underway. In all cases, convincing narratives accompanied these switches, but they changed as quickly as the rotations did.

Sector rotations are also extremely common and difficult to time. The relative order of sector performance has been scattered throughout the year so far. Remember, a rotation trade not only needs to be correct on timing (entry and exit) but also on both the relative winner (where to allocate into) and the relative loser (where to allocate from for a source of funds). For example, correctly selecting when the energy sector will rise is only half of the equation, as one also needs to raise cash by selling out of another sector as it falls, such as technology or consumer discretionary.

The same can be said for style rotations. Using just the basic four style buckets – value, growth, quality, and momentum – shows that while value was a consistent winner in 2022, growth was not the largest relative loser on a consistent basis.

Value investing is a strategy that targets stocks that are believed to be selling below their true worth or are underappreciated by the market. Growth investing, on the other hand, is focused on securities that are expected to appreciate over time, such as small companies or fast-growing sectors. Quality investing is based on identifying stocks that are considered high quality based on certain characteristics, and are expected to perform well in the long-term. Lastly, momentum investing is focused on buying securities that have seen an upward trend in pricing in recent months, or alternatively selling those that have been performing poorly.

Looking at style rotations, specifically value versus growth in the S&P 500, we found that rotations typically only last about two quarters (with the longest being six quarters). Since 1995, there have been 53 changes in style ‘leadership’ but about half of those changes lasted only one quarter. To us, these are not favourable odds for someone trying to capture every nuance.

In the end, we recommend a diversified approach to long-term investing. In hindsight, it is always obvious what could have been done to get a higher return. In practice, however, this is extremely difficult and error prone. Every error is not free and excessive churning of one’s portfolio hurts long-term performance. A return up the middle without having to time anything is a more prudent approach. 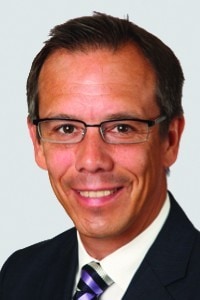 Myles Zyblock is a recognized North American strategist, regarded for his investment insights that blend finance and psychology to capture major inflection points in financial markets. Myles has over 25 years of experience in guiding and advising on asset allocation for a diverse set of institutional and retail advisors globally. Myles joined the firm in 2013 as the Chief Investment Strategist, working closely with the Investment Team. His experience spans multiple asset classes and geographic regions.

Commissions, trailing commissions, management fees and expenses all may be associated with mutual fund investments. Please read the prospectus before investing. Mutual funds are not guaranteed, their values change frequently and past performance may not be repeated. Views expressed regarding a particular company, security, industry or market sector are the views of the writer and should not be considered an indication of trading intent of any investment funds managed by 1832 Asset Management L.P. These views should not be considered investment advice nor should they be considered a recommendation to buy or sell. These views are subject to change at any time based upon markets and other conditions, and we disclaim any responsibility to update such views.  © Copyright 2022 1832 Asset Management L.P. All rights reserved.
Related Articles