Tracking the Canadian Economy Through COVID-19-Insights from Customer Transactions

This presentation is part of the weekly series intended to draw insights about the state of the Canadian economy from the flow of Scotiabank’s retail and non-retail transactions data.

Key takeaways from the payments data in this week’s publication: 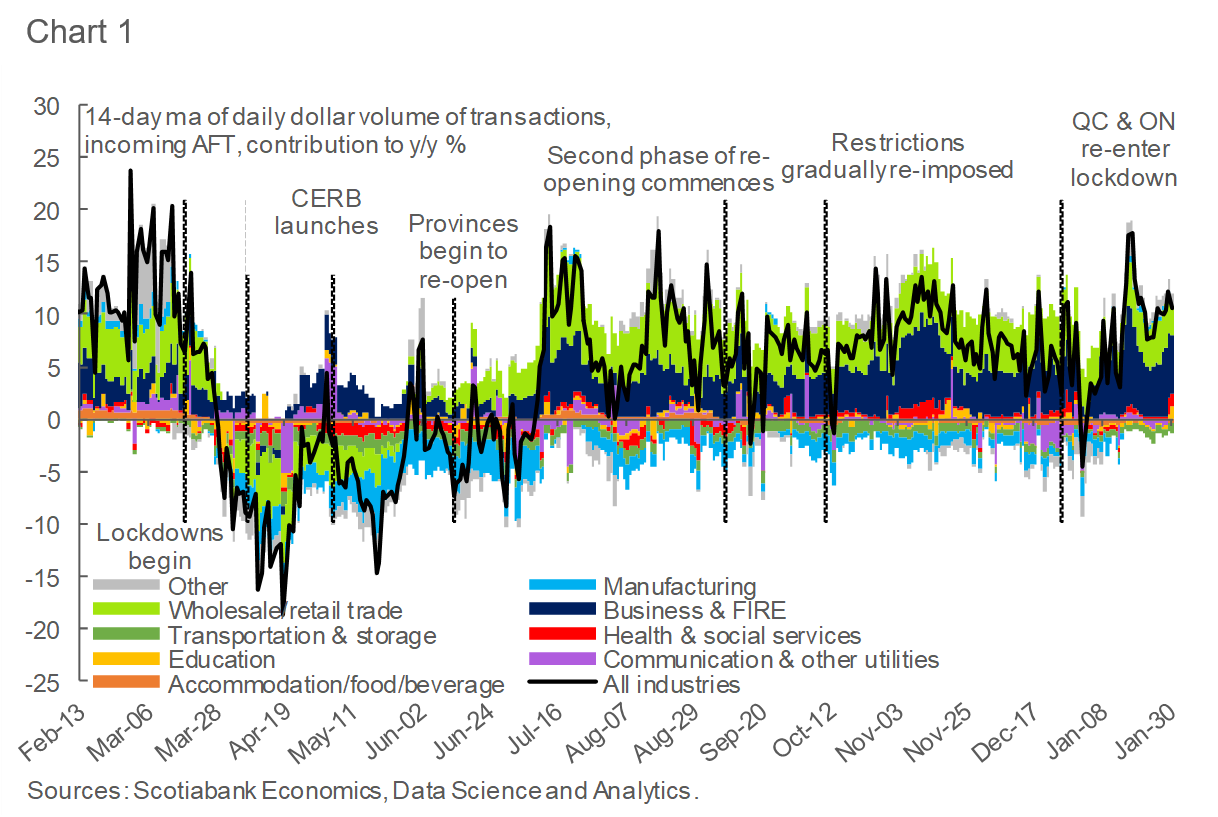 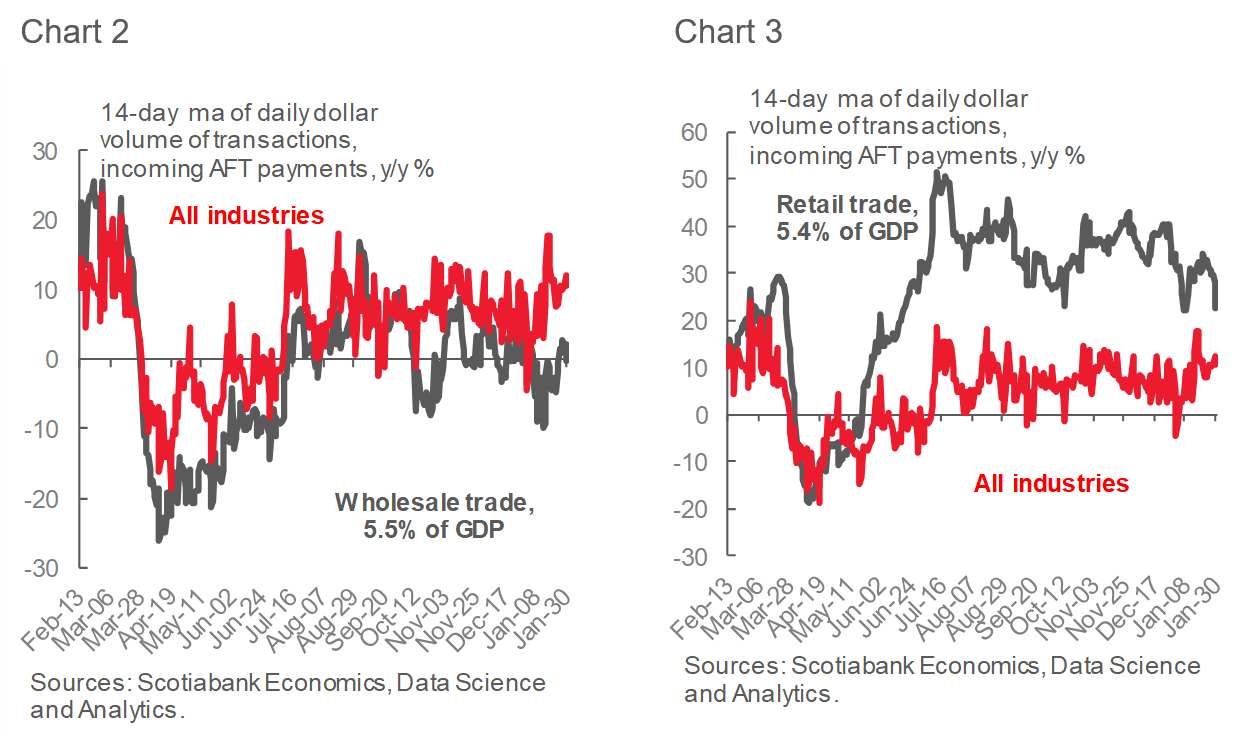 3. Business Transactions Data: Manufacturing In Line with the Level of a Year Ago 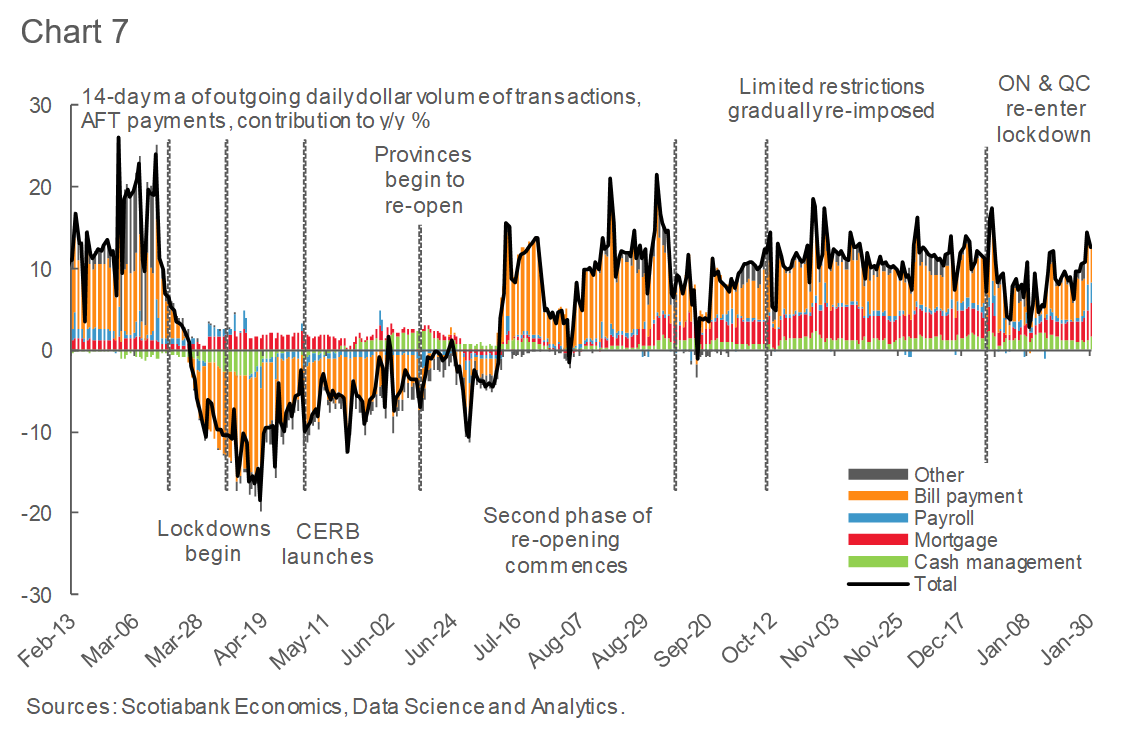 3. Business Transactions Data: Rent Payments Climbed To the Level of a Year Ago 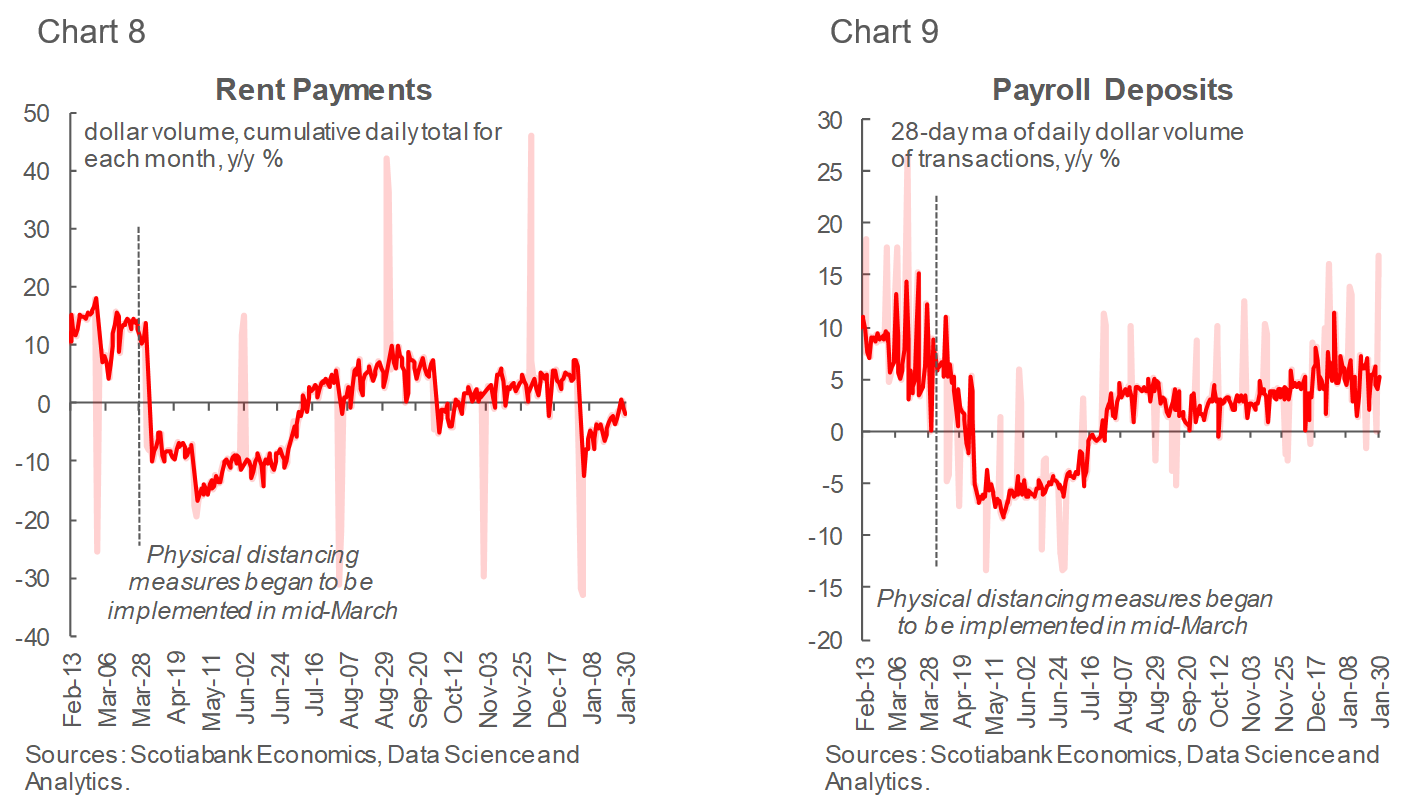 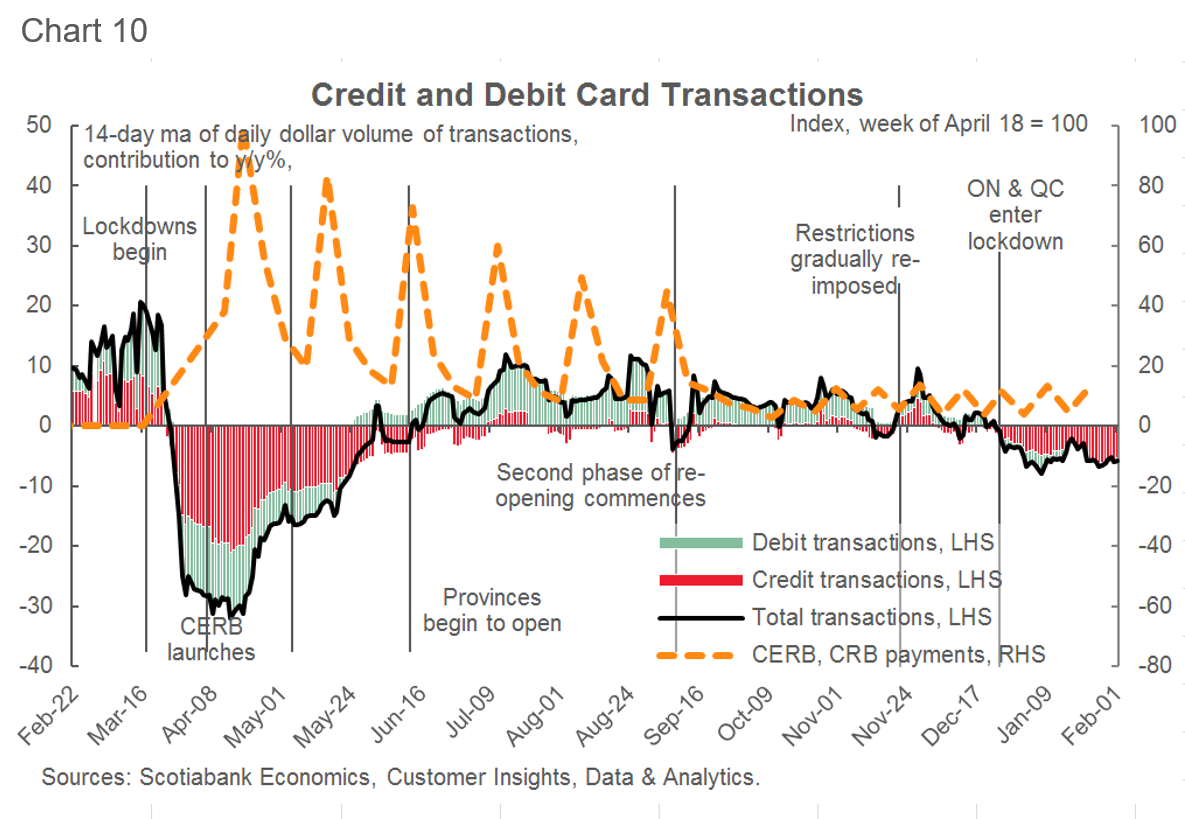 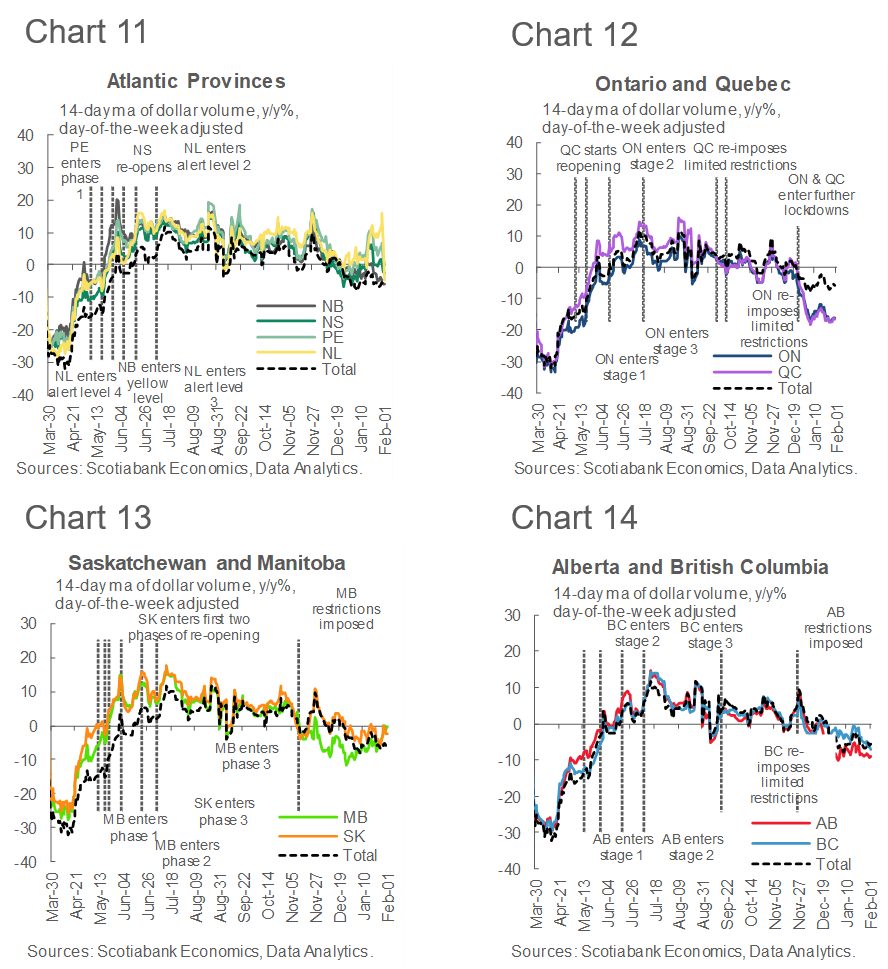 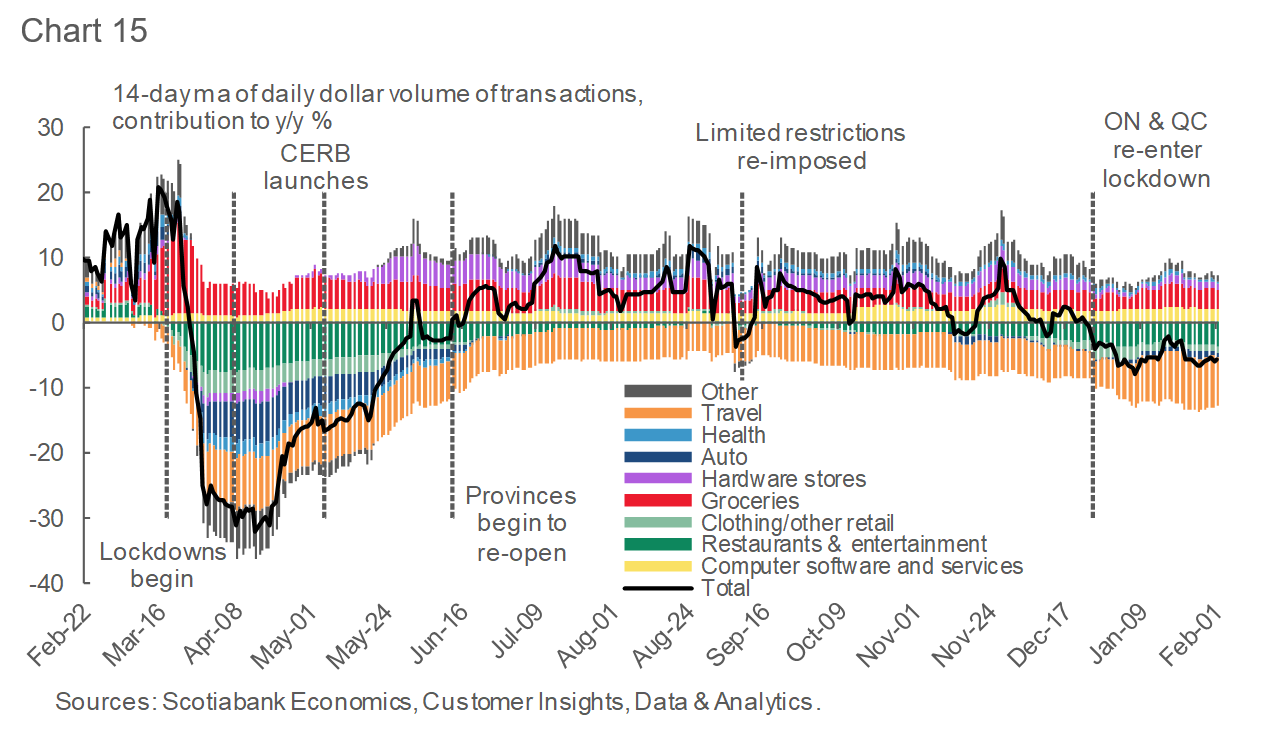 5. Other High-Frequency Indicators Of Activity 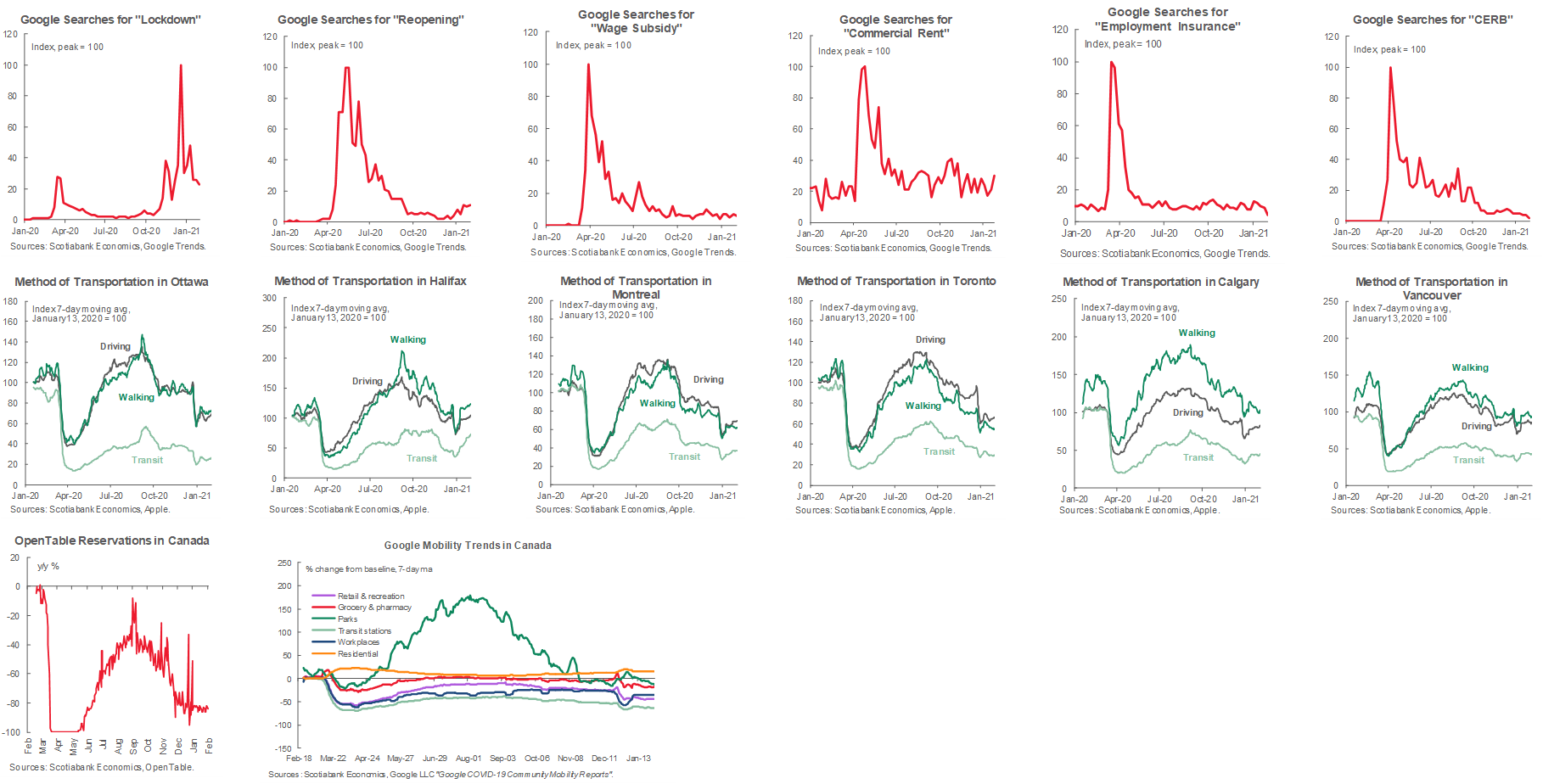 Tracking the Canadian Economy Through COVID-19: Insights from Customer Transactions

Tracking the Canadian Economy Through COVID-19: Insights from Customer Transactions