Commodities: An East-West Tug of War

The world economy looks increasingly to be progressing along two tracks, with China’s buoyant post-COVID-19 lockdown rebound offering the best news for commodity pricing. The strength of demand in the world’s largest metals consumer continues to surprise on the upside, anchored by relatively early reopening, sustained by control of the virus’ spread, and bolstered by fiscal and monetary stimulus. In line with most forecasters, we anticipate that China will lead most nations’ growth this year, providing an offset to the drop in global activity as during the 2008–09 Global Financial Crisis (GFC) (chart 1).

By contrast, a second pandemic wave is incipient in North America and Europe. Many US states are reporting rising infection and positive test rates, and surges are prompting new restrictions in Canada’s largest provinces. Cases are also at or near all-time daily highs in France, the UK, and the Netherlands, which have reinstituted some containment measures. Clearly, continuation of this trend could undermine the gains made in the last several months, though we suspect that future lockdown measures will be less all-encompassing than those implemented during the first wave.

Against that backdrop, Sino-US trade and diplomatic tensions remain pertinent. Recall that uncertainty related to the spat between the world’s two largest economies weighed down industrial sector activity last year. With the US presidential election now in full swing, further brash and self-defeating political posturing can reasonably be expected for at least the next few weeks.

Copper’s remarkable rally—which persisted in early September but eased somewhat towards the end of the month—is invoking comparisons to the post-GFC boom. There are parallels, but we reiterate some key differences. One is the pandemic-led supply shock that coincided with the initial demand hit to keep the peak-to-trough price drop less than 30%—versus a decline of more than 60% in H2-2008. With a sustained South American output disruption now looking less likely given stable caseloads in key mining regions, there may be less room to run than in 2009 when supply responses were more lagged. Physical market tightness and China’s public spending plans should assist price momentum near-term, but we expect more modest gains for copper entering 2021 than in 2009–10.

Pricing for other base metals such as zinc and nickel continues to broadly mirror the expansion of the global economy. Liquidity infused by central banks and the slide in the US dollar earlier this year also lent pricing support.

Iron ore prices are hovering in the 115–120 USD/t range—more than 20 USD/t higher than in the months prior to the onset of the pandemic—but appear to be retreating. A core ingredient in steel production, the metal has also benefited from China’s industrial sector boom. Underlying the recent pullback is an increasing sense that supply may be catching up to demand. Brazilian iron ore production looks to be recovering nicely and inventories at Chinese ports have been trending gradually higher since mid-August. Top producer Vale also announced plans to step up output across its operations, reinforcing stronger-than-anticipated Q4 output guidance from other firms. We foresee further easing of prices entering 2021.

A BUSY MONTH FOR OIL MARKETS

WTI retreated this month. The principal development came in the form of weaker-than-expected crude demand forecasts released by OPEC and the EIA, though markets looked to have already begun to price in virus-related fears. US production has also recovered from Hurricane Laura-related shutdowns that extended into early September. Combined, these effects pushed the US benchmark below 40 USD/bbl for much of the month, after it averaged about 42 USD/bbl in August. Further deterioration of the economic milieu—whether in North America or in Asia as the report anticipates—could clearly result in more price weakness, though we note that US fuel demand generally continued to improve this month (chart 2).

Following the September dip, OPEC+ maintained current production cut plans of 7.7 mn bpd through December, but stressed that members remain flexible to take additional measures should conditions dictate. That modestly lifted both Brent and WTI, but the durability of that boost remains to be seen. Earlier concerns that Saudi Arabia was attempting to flood the US crude market for now seem to have been allayed by the significant fallback in oil imports from the Kingdom.

The US refining industry is facing increasingly challenging conditions. NY Harbour and Gulf Coast crack spreads are well below seasonal averages, reflecting still-bloated product inventories. This continues to translate into low rates of refinery utilization, which may well trend lower near-term in light of the present supply glut and the potential for softer overall economic activity and fuel consumption.

Mirroring these challenges, WCS has fallen about 2 USD/bbl in recent weeks; that followed an earlier boost to the Western Canadian benchmark via Inter Pipeline’s shutdown of its Polaris conduit. Service has been partially restored, but the resulting reduction in the flow of diluent has resulted in at least one oil sands operation halting production until transportation capacity normalizes. This occurs as the Western Canada oil market continues its long rebalancing process. Lagged data for July showed an eight-year low for crude-by-rail shipments, a sign of the shift towards now-free space in pipelines that was prompted by weak pricing and plunging production, the latter of which is now recovering. Alberta crude inventories, bloated before the pandemic, have also fallen to levels not seen since early 2019.

In Newfoundland and Labrador, a promising start to the year is increasingly giving way to new fears about the oil and gas sector. The West White Rose extension project, positioned as critical to the long-run viability of the existing White Rose offshore oil field, is under review by Husky, its proponent, and the provincial government rejected calls for direct public support. Meanwhile, operations at the Terra Nova field are still suspended with no restart date announced, eroding some of the gains associated with continued ramp-up of Hebron field output (chart 3, p.2).

Bullion prices dropped below 1,900 USD/oz towards the end of September after spending much of August north of the 2,000 USD/oz mark. More recent selling pressure looks to reflect perceptions of relative rather than absolute risk in foreign exchange markets, which are bidding up the US dollar (chart 4, p.2). At first blush, American currency appreciation in the face of heightened domestic political risk and rising COVID-19 cases would seem counterintuitive, but the greenback is seen as a port in a storm of European infections. Medium-term yellow metal fundamentals remain constructive. In particular, the Federal Reserve’s stated tolerance for stronger inflation, though subject to implementation challenges, has the potential to weigh on US real rates.

Silver also fell back in the month, with a pronounced drop materializing in more recent weeks. Like gold, greenback appreciation has been the driving force behind the decline. Expectations of faltering construction and manufacturing activity in the Western world—the “white metal” is less dependent on Chinese consumption than its industrial counterparts—also look to be increasingly weighing on prices.

The government of British Columbia implemented new regulations to support the domestic lumber industry this month. New rules—initially intended to come into effect in July but delayed due to the pandemic—encourage within-province lumber production and processing by tightening conditions under which export permits can be granted. All else equal, they have the potential to push industry costs higher at a time when prices are sky-high, even after recently retreating from unsustainable levels. More modest domestic price gains might be expected to the extent that the policy does incent more production, which is still recovering from pandemic-induced cuts, though lumber shortages remain a Canada-wide issue. Against that backdrop, conflagrations in BC’s interior and the US West Coast are figuratively and literally adding fuel to the lumber supply crunch fire.

Canadian metals producers received good news when the Trump administration once again backed off threats to apply tariffs to imports of aluminum from the Great White North. The reversal apparently came in response to plans for retaliatory moves in political US battleground states, though to some extent, the threat was never credible given the US’s well-documented reliance on Canadian shipments to meet domestic consumption requirements. 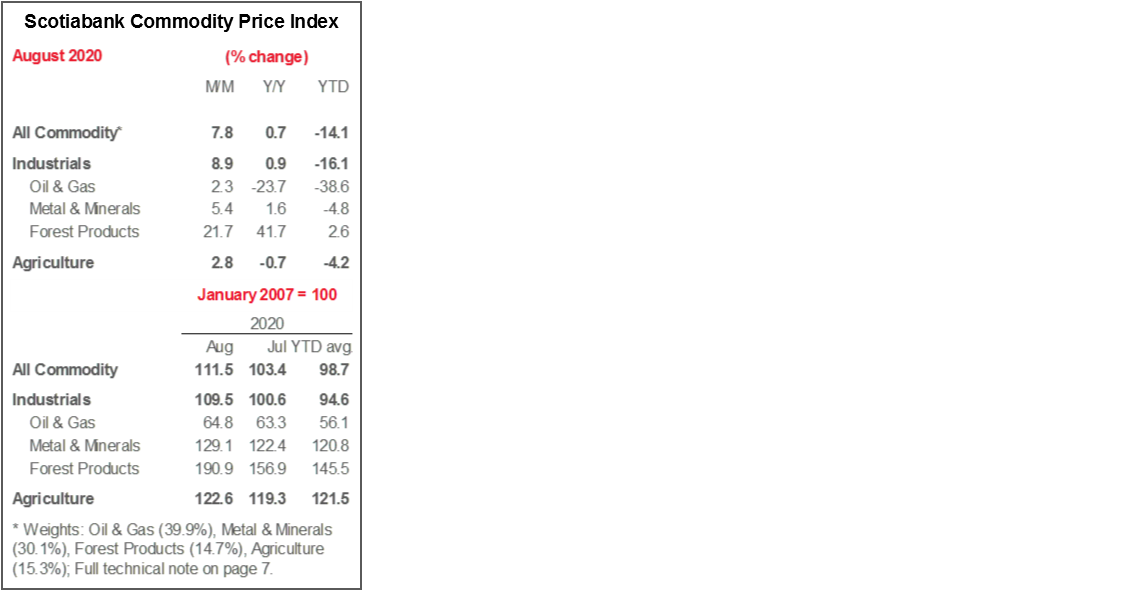 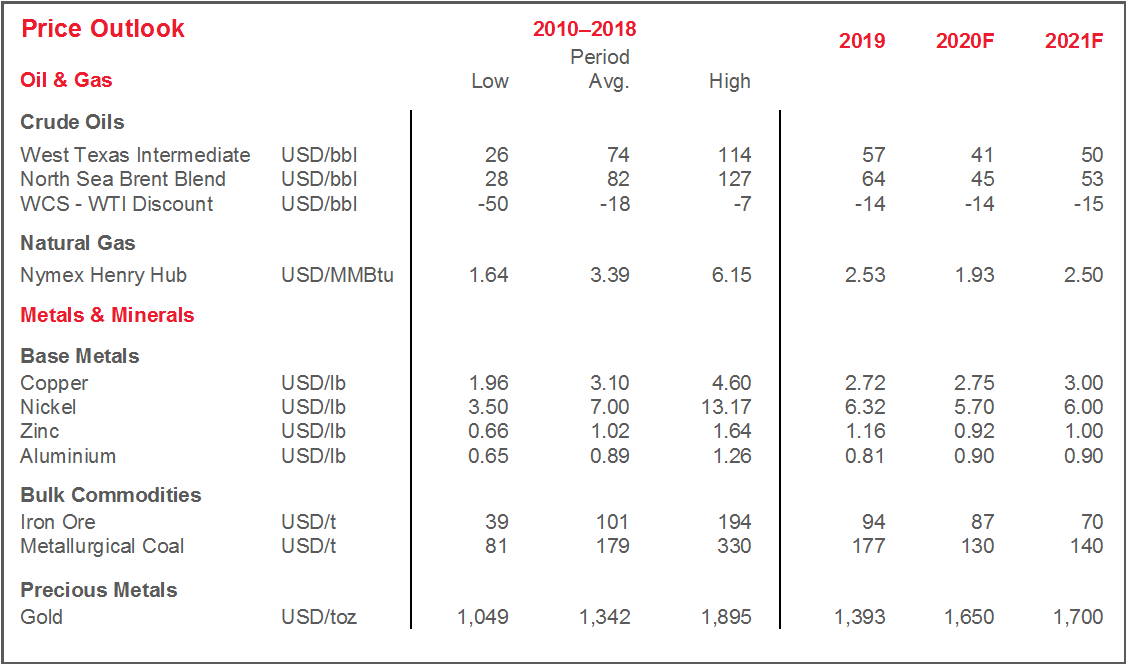 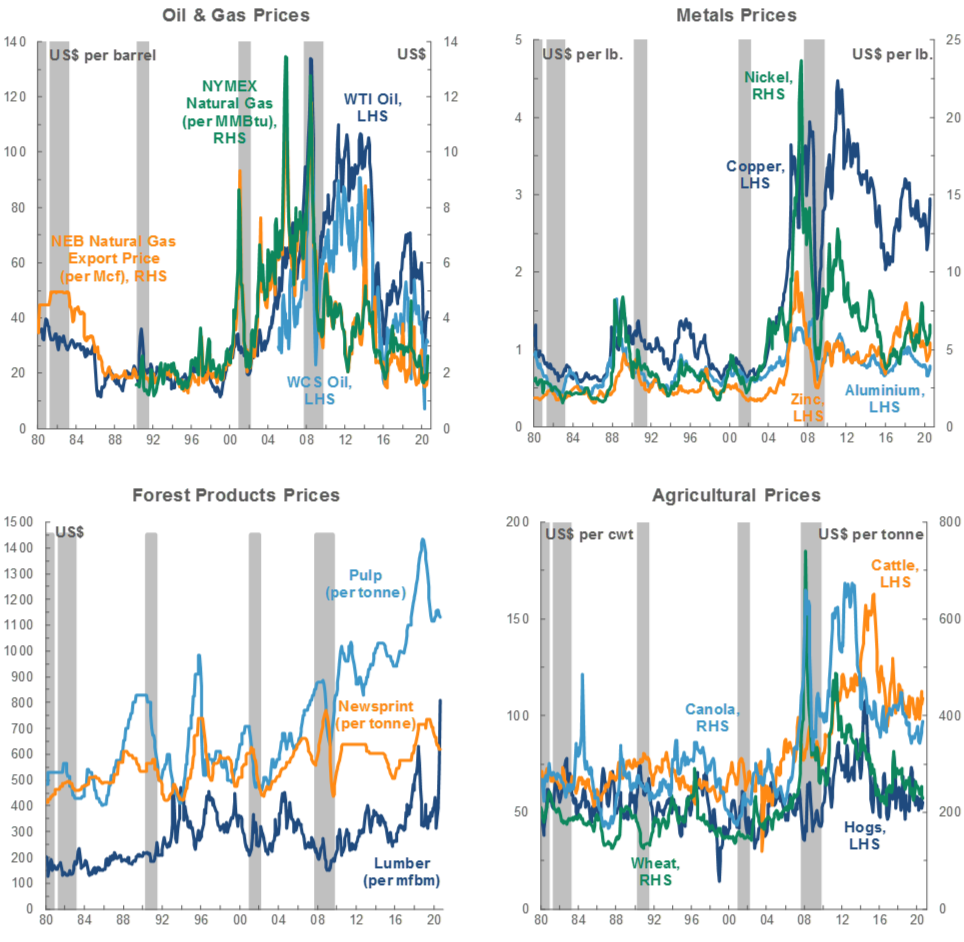 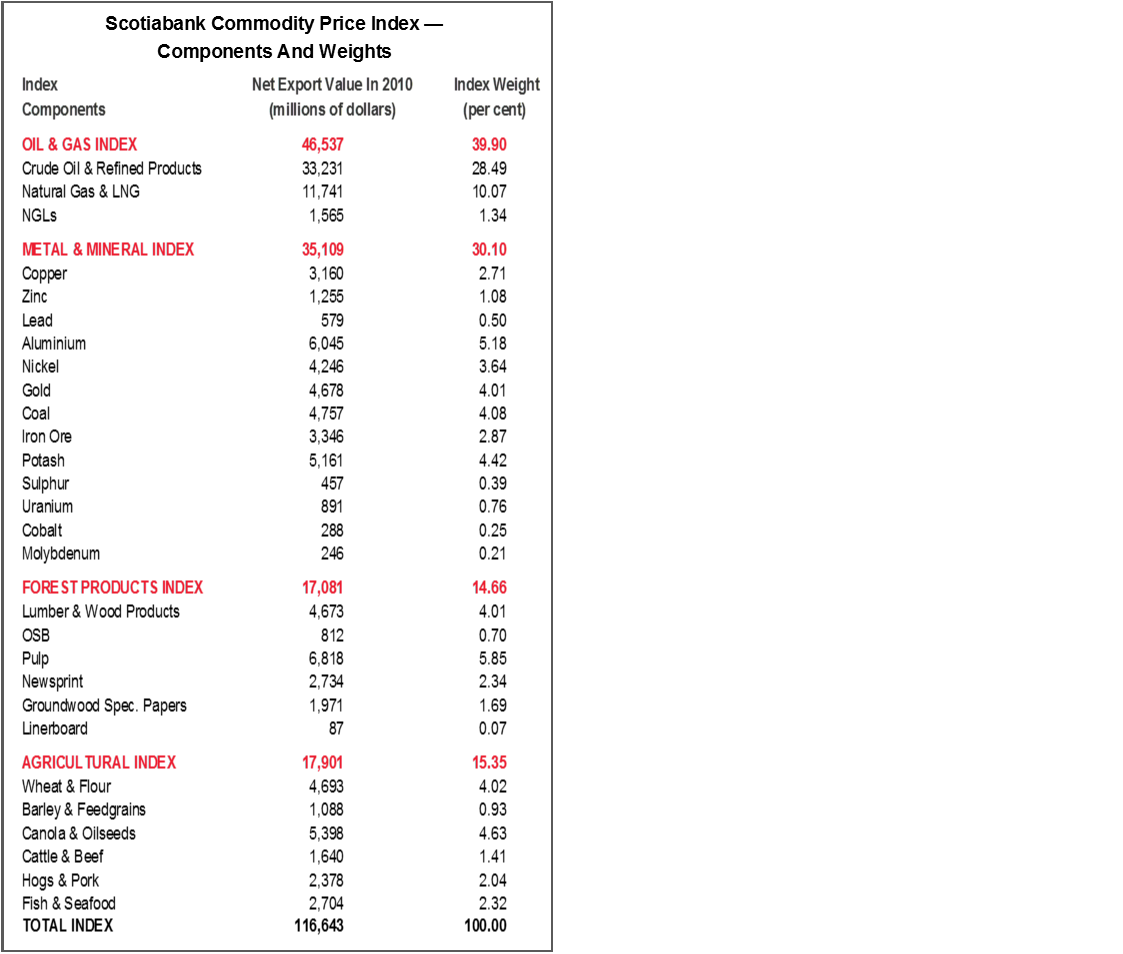