The course of the COVID-19 pandemic and US political factors remain the principal risks to the economic and commodity price outlooks; there were significant developments on both fronts this month.

News in November of multiple effective COVID-19 vaccines was unquestionably positive for medium-term economic growth and contributed to improving risk sentiment. The announcement came slightly sooner than we previously anticipated, which augurs well for earlier production, distribution, and widespread inoculation and an eventual return to some form of economic normalcy. Nearer-term prospects are less optimistic because virus infection rates continue to surge dramatically across much of the world. Many nations have put in place stricter lockdown measures, which in some cases have reversed the economic momentum witnessed since reopening from the first wave (chart 1).

Joe Biden’s victory in the US presidential election should eventually result in some easing of the trade-related uncertainty that has plagued the global economy for the last several years, but much is still to be determined. The outcomes of two January 2021 runoff elections in Georgia will clarify the balance of power in the US Senate and determine whether a much-needed fiscal stimulus is passed or impeded by partisan gridlock. With respect to the energy sector, prices and activity will be at the intersection of fiscal policy, Iranian crude production in response to nuclear program negotiations, and efforts on the part of the new US administration to rein in carbon emissions.

A broad increase in risk-on sentiment has gold prices on track to decline for the third consecutive month. The safe haven metal traded well below 1,900 USD/oz. for much of November—its lowest level since the summer. It appears to be responding to signs of greater political stability following reports that outgoing US president Trump will cooperate with Biden administration officials in the transition of power. Still, bullion remains on pace for a hefty annual price increase in the range of 25%—a rate not seen since the early 2010s—and should remain supported so long as uncertainty reigns. The Federal Reserve’s stated tolerance for inflation beyond the 2% target and US fiscal stimulus—to the extent that it generates price pressures—could also be constructive for the yellow metal.

Silver prices were fairly steady in November. As with gold, they lost momentum following positive vaccine news. Alongside inflation and the path of the US dollar, the shape of the recovery will influence silver prices given the metal’s range of industrial applications.

Light oil prices began November trending downward. The rapid spread of COVID-19’s second wave had been underpinning some bearish sentiment, which in turn prompted OPEC to revise downward its projections for global crude consumption. Against that backdrop, North American refineries are in the midst of regular seasonal maintenance, and reports of bloated inventories at the key Cushing, Oklahoma hub have once again surfaced. A severe crude overhang built up very rapidly amid first wave lockdowns and the Saudi-Russian oil price war, fell back significantly as fuel demand recovered post-reopening, and has since begun to accrue again (chart 2).

Since news of multiple effective vaccines broke, however, crude values have risen steadily higher. Anticipation of a broad improvement in demand contributed to the WTI benchmark’s leap to more than 45 USD/bbl from the 37–38 USD/bbl range earlier in the month. Signs of recovering Asian fuel demand—notably in China and India—has further supported upward price pressures, and OPEC+’s recent technical meeting yielded support for a three-month extension of the output cuts set to ease in January. We continue to expect further oil price growth in 2021 as the global recovery progresses and inventories draw down more meaningfully.

WCS has moved on a generally upward trajectory since the announcement of an effective vaccine mid-month. Late-month gains have not been as large as for WTI, likely influenced by still-unusually soft maintenance season activity at US Gulf Coast (USGC) refineries (chart 3)—the primary marginal consumers of heavy, sour Western Canadian oil. Still, the availability of comparable blends for upgrading remains limited in the USGC due to OPEC+ supply restrictions and Venezuelan sanctions, offering some pricing support for the Canadian benchmark. Moreover, with throttled-back oil sands drilling leaving spare pipeline capacity, and caps under the Alberta government’s curtailment program set to end in December, several major producers have announced plans to ramp output back up in 2021.

On the pipeline front, there was good news and bad news. The Michigan government’s latest attempt to shut down Enbridge’s Line 5 conduit, if successful, could reduce export capacity on the Mainline system. On the other hand, the company’s announcement that it has received all outstanding permits for its Line 3 replacement project should incrementally accelerate construction timelines.

Copper prices remain well-supported. The bellwether metal’s climb since first wave restrictions began to be lifted has been remarkable. Trading near 2 USD/lb in late March, it has since surged more than 50% following eight consecutive monthly gains and closed near 3.30 USD/lb last week—one of the highest levels since 2014. Vaccine-related optimism was a significant driver of late November’s price jump, but fears of new supply disruptions have emerged given political instability in Peru and ongoing labour disputes in Chile. Those two countries are the top two producers globally.

Other industrial metals prices resumed their upward trajectory as Chinese economic activity continued to ramp up. In November, iron ore, nickel, and zinc prices were all on pace to set monthly average highs for 2020, each having risen by more than 40% since the nadirs reached during the peak lockdown period. Those gains followed some of the strongest readings in China’s industrial sector since before the pandemic (chart 4, p.2). Zinc prices also received support from the shutdown of the Gamsberg mine in South Africa.

From a longer-run perspective, two pertinent developments came out of China during the past month. The first was the outline of the latest five-year plan, which, among other pledges, reinforced the “dual circulation” policy that aims to shore up domestic supply chains while also cultivating niches in external markets. Alongside the recent Regional Comprehensive Economic Partnership (RCEP) trade agreement, this could help China offshore some production elsewhere and focus on developing its technology sector. The second was the rollout of a yuan-denominated copper futures contract, which seeks to improve China’s pricing power and bolster the yuan’s overseas influence. China’s status as the world’s largest metals consumer bodes well for the success of the venture, but restrictions on yuan convertibility may give investors pause. 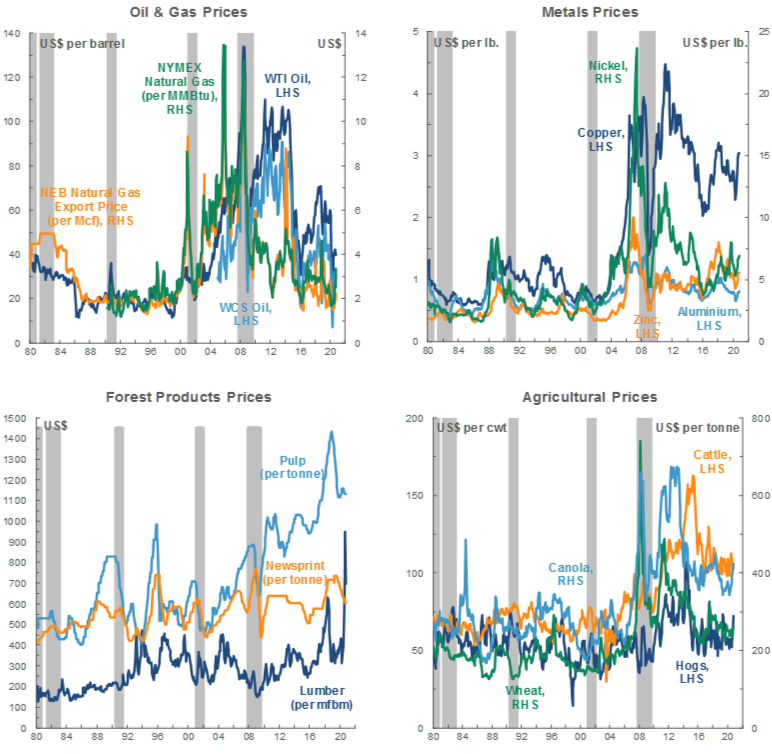 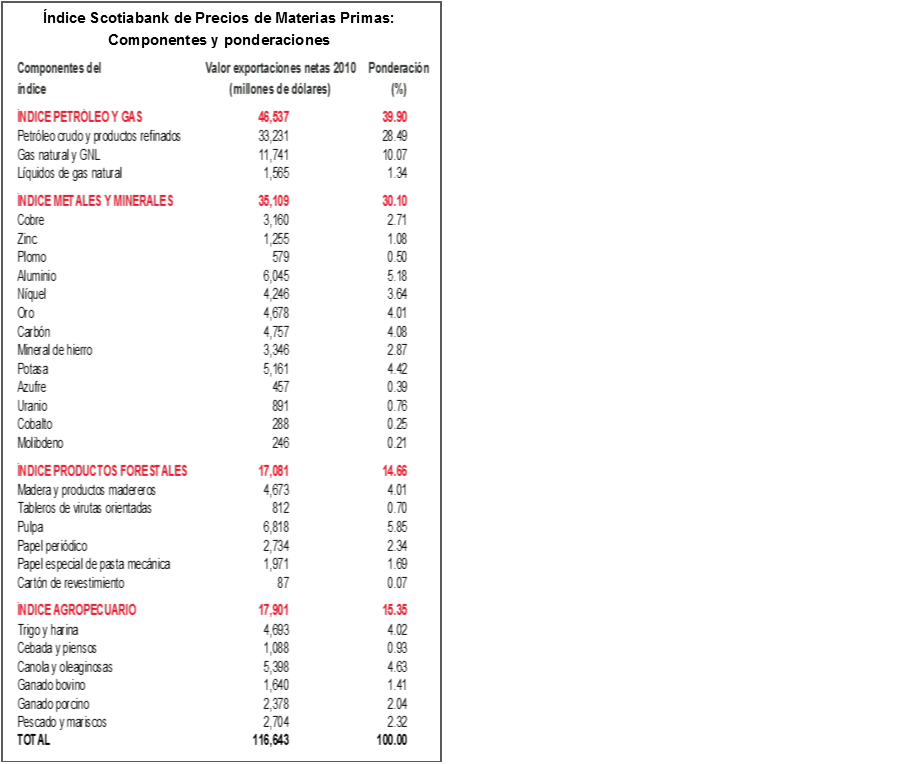