Although data still broadly point to a strong expansion in Q3-2021 across much of the world, August was a month of mixed global growth signals. Labour markets continue to recover and the latest PMI releases—most of which date from July—continue to point to expectations of solid expansion in H2-2021, though momentum has slowed in several countries (chart 1). However, the Delta variant of COVID-19 continues to spread rapidly across many countries, and the notion of slowing global growth was reinforced by signs of cooling industrial activity in China and signals that the Fed will wind down bond buying activity. Negative news culminated in an unexpected GDP decline in Canada in Q2-2021, which provides a soft handoff for the remainder of the year.

Markets clearly responded to negative data points and developments in August, and that dragged down commodity prices writ large. We still expect a very strong global expansion this year and our forecasts already include a negative Q3-2021 Delta variant impact, but further spread and negative market reaction may yield downward revisions.

Oil prices were casualties of the broad dip in sentiment. At writing time, both Brent and WTI had averaged 4–5 USD/bbl lower than their July means in August—the steepest monthly dollar decline since April 2020—as investors shifted away from commodities to the safety of US bonds and the greenback. Fundamental data are more constructive—US fuel consumption is still up on a y/y basis and barrels in storage at the important Cushing, OK hub are at their lowest levels since October 2018 (chart 2, p.2). Still, amid expectations of softer near-term demand, news broke that OPEC+ may opt at its next meeting to hold back on the planned output increases announced last month.

However, crude values jumped higher late last week as Hurricane Ida hurtled towards the Gulf of Mexico. Significant shut-ins have already been announced in the US and Mexico; we may see more upward price pressures in the coming weeks if operations remain shuttered.

Like Brent and WTI, WCS averaged about 4 USD/bbl lower in August than in July, and experienced modest improvements towards the end of the month. Other Western Canadian oil sector developments were more auspicious. Alberta production was up 16% y/y for the second consecutive month and in line with pre-pandemic levels. Saskatchewan’s output rose versus year-earlier levels for the third consecutive month, having lagged early this year (chart 3). Perhaps even more positively, the Line 3 pipeline—needed for long-run US market access—cleared a critical legal hurdle in Minnesota and is on pace to begin operation in Q4 of this year.

Copper prices did fall for the third consecutive month, but were fairly flat relative to other key commodities with industrial applications. Values of the red metal—seen as a bellwether of global economic activity given its wide application in the construction and manufacturing sectors—continue to be weighed down by fears of a more moderate expansion. Signs of slowing investment (chart 4) and import activity in China—by far the world’s largest copper consumer—certainly contributed to that trend early in the month. Yet fears of supply constraints remain given ongoing labour unrest in the mining sector in Chile—the world’s largest producer. In the next five years, we expect tight demand-supply conditions to dominate the market with few major projects in the pipeline and as green energy-based consumption ramps up.

Supply disruptions also look to have lifted nickel prices. A number of major nickel producers reported lower-than-anticipated output in the second quarter of this year; amid those developments, the metal hovered near 9 USD/t for much of August. However, production is expected to be made up later this year and a strike was recently resolved at a major mine in Sudbury, ON; accordingly, yields should normalize as the year progresses. Over the medium-term, we expect surging nickel pig iron production out of Indonesia and Chinese advances with respect to nickel matte output to keep the market well-supplied. That should ultimately offset strong demand via electric vehicle manufacturing, and result in easing prices.

Alongside the general view that global growth may have peaked, iron ore prices have been particularly impacted by Chinese steel output guidance. In August, the 62% variety of the key ingredient in steel production fell towards 140 USD/t—an eight-month low and a far cry from the near-record heights north of 220 USD/t hit just last month. Given elevated output levels that began this year, meeting the levels targeted to improve air quality in Beijing before next year’s winter Olympics will require hefty production cuts in H2-2021. Iron ore regained some ground later in August amid a surge in local bond issuance—interpreted by some investors as a sign of stronger capital spending intentions—and good results with respect to COVID-19 containment. We expect the metal’s price to stabilize near 150 USD/t by year-end.

Gold, as usual, tracked monetary policy developments. The yellow metal hovered in the 1,740–1,780 USD/oz range in the middle of August when market participants anticipated some withdrawal of monetary stimulus from the Fed. It then inched closer to the 1,800 USD/oz mark when Chairman Powell’s remarks at Jackson Hole proved incrementally more dovish than expected. With rates likely to hold until 2023, bullion should remain well-supported this year and next. 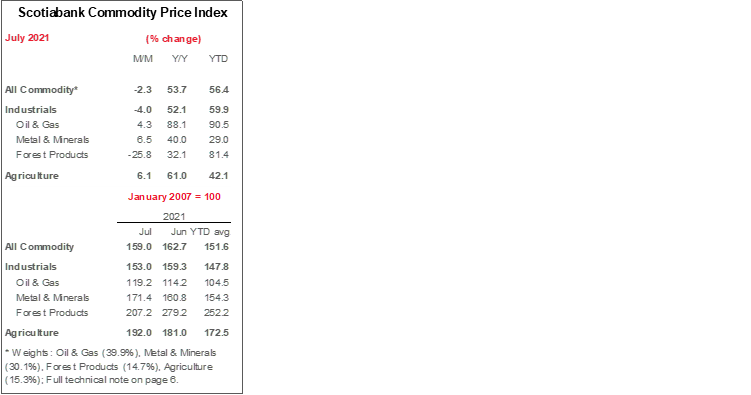 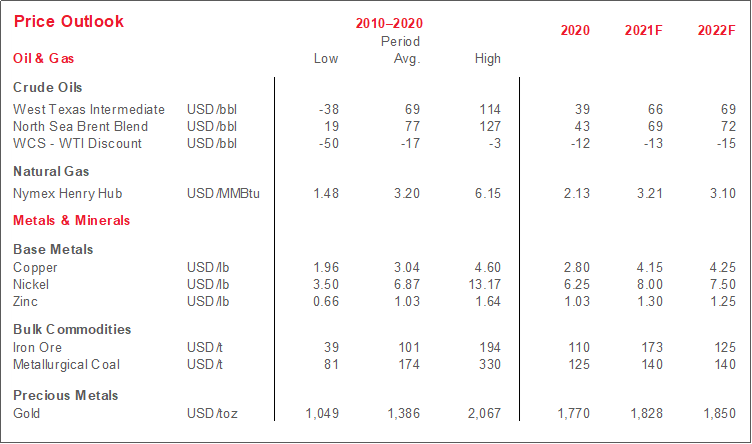 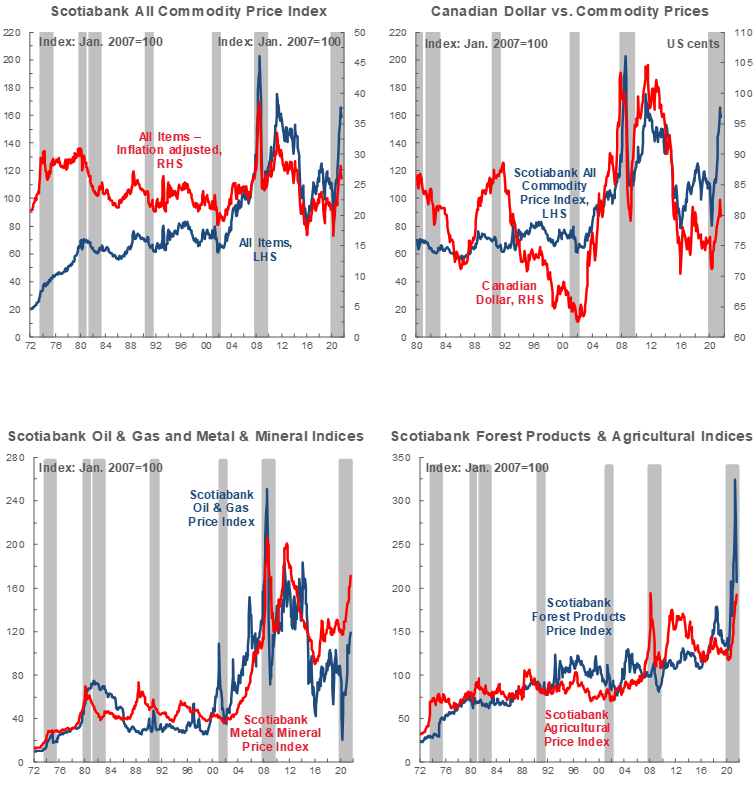 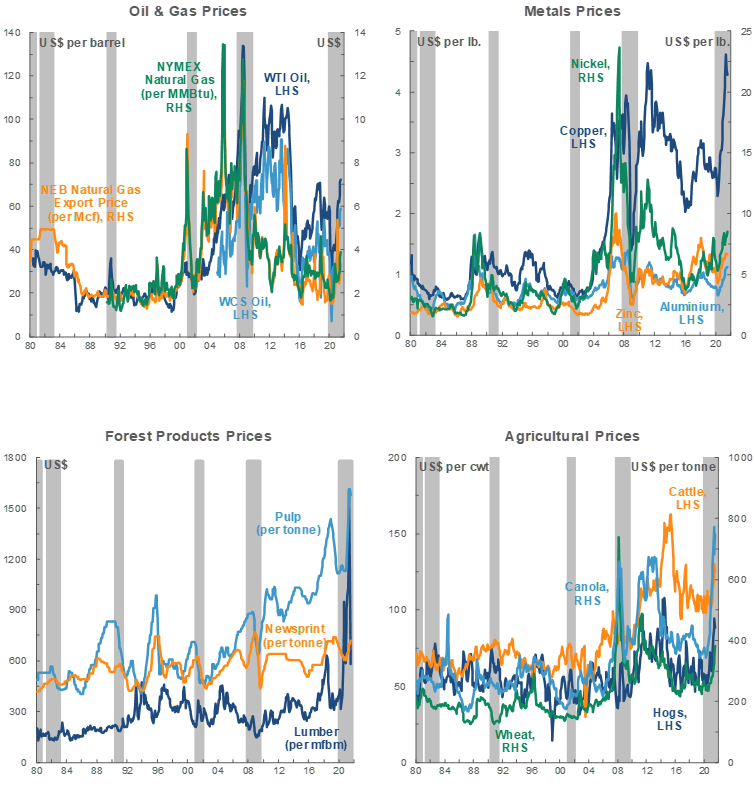 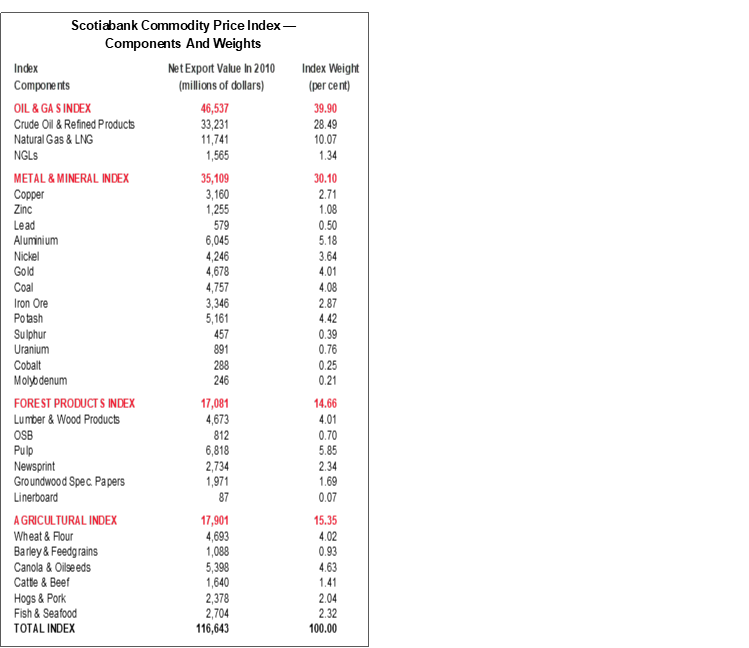