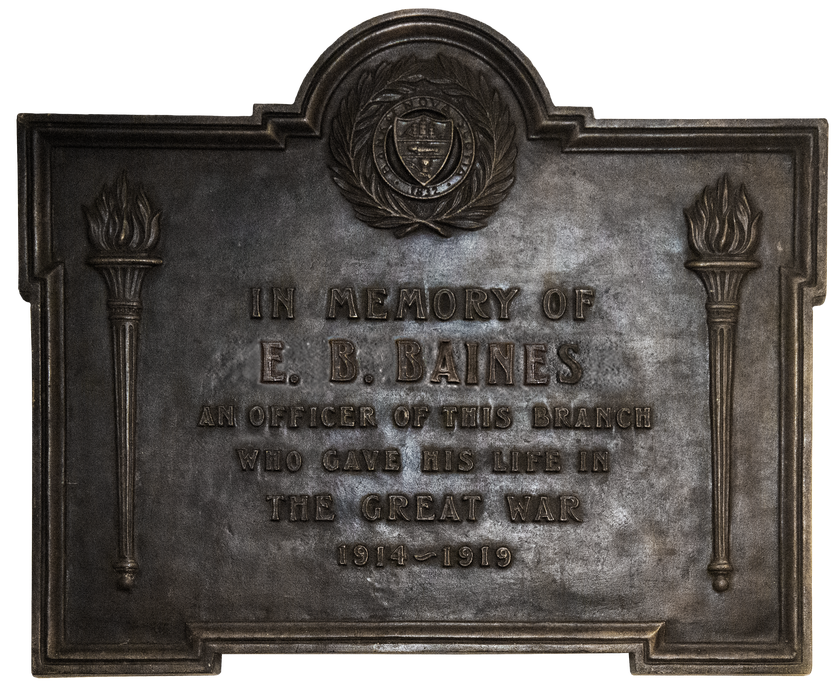 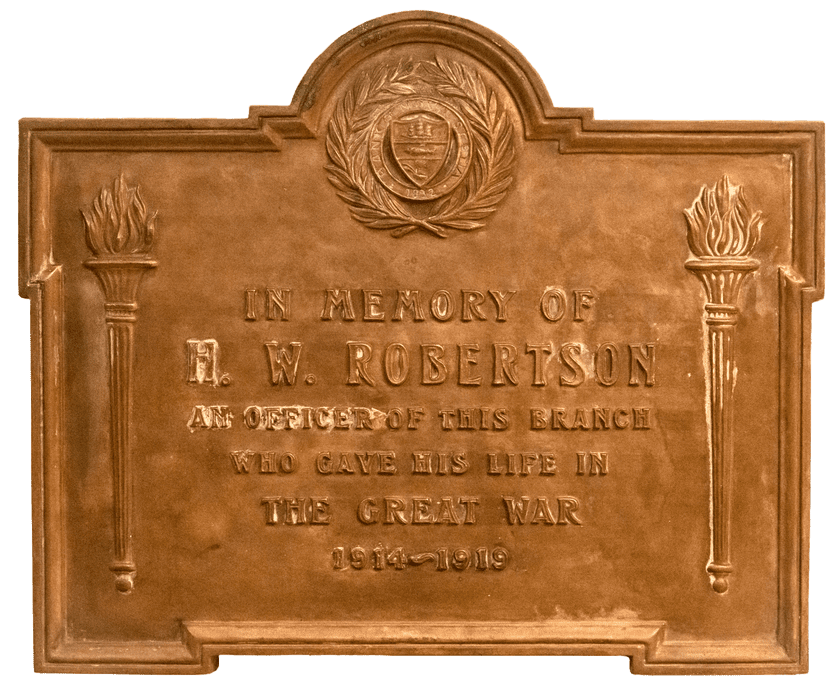 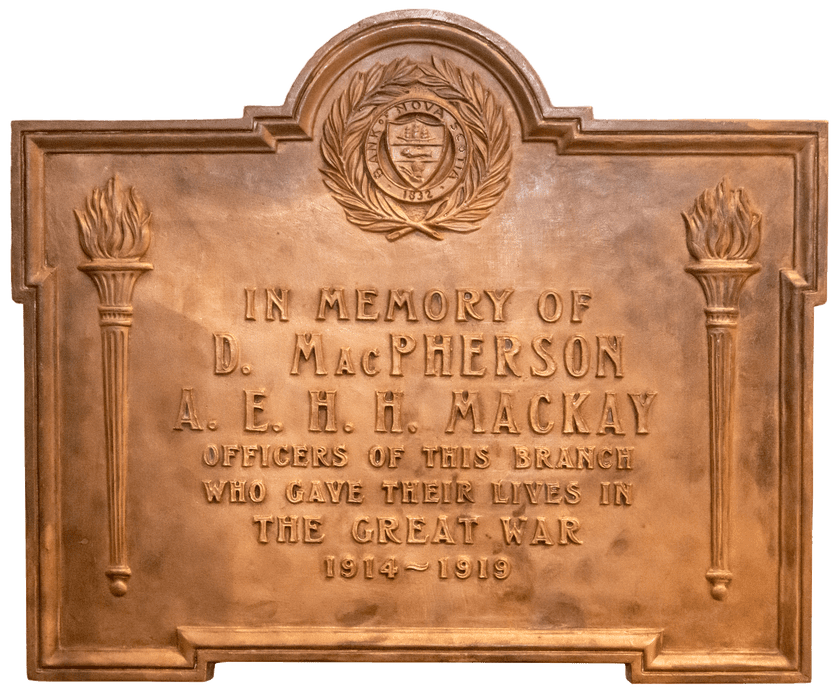 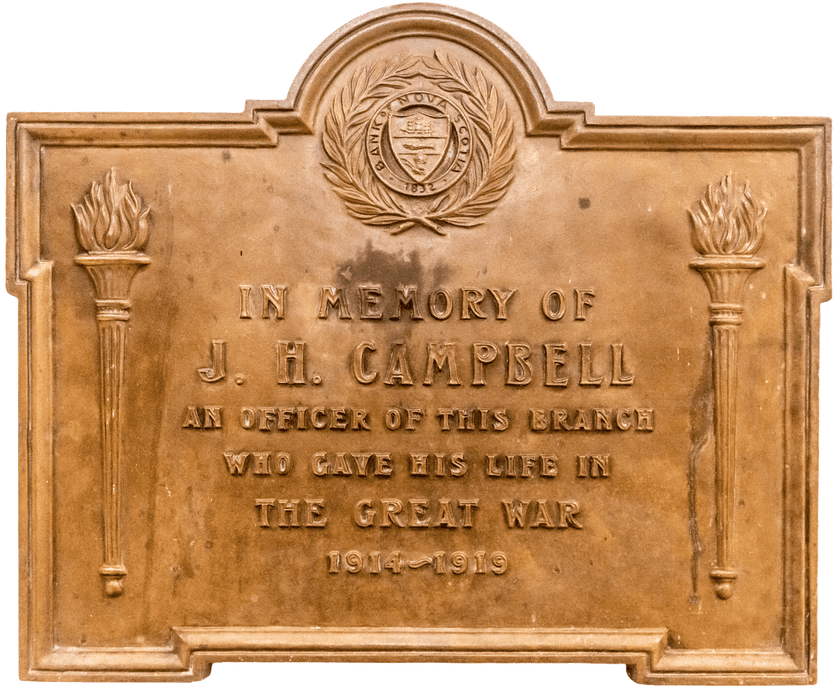 As a memorial to staff who gave their lives in the Great War, The Bank of Nova Scotia commissioned about 60 bronze tablets, between July 1920 and February 1921, to be placed on the wall of the branch where each known staff member was employed when they joined the military forces.  These plaques listed the names of staff who had been killed on the field, as well as those who died from their wounds after they returned home from the war.

In memory of those who served, the Scotiabank Archives is honoured to share the eight plaques that they have in their collection.  Over the years each tablet has come to develop its own patina. These varied finishes demonstrate their caretakers’ best intentions to maintain these memorials in good order.

The Bank of Ottawa

The Bank of Ottawa was established in 1874 and it amalgamated with The Bank of Nova Scotia on April 30th, 1919. By the time The Great War had ended, 188 staff members of The Bank of Ottawa had enlisted for military service – 21 made the supreme sacrifice; 17 were wounded; 5 were made prisoners; and 2 were reported missing.

The Scotiabank Archives has two plaques that list the names of Bank of Ottawa staff who served in the Great War.

Enlisted in the Canadian Army on September 15, 1915. Received appointment in the 76th Battalion in England. Shortly after his arrival he was transferred to "B" Company, 4th Battalion, Canadian Expeditionary Force. Killed in action in Ypres Salient, Belgium, while serving as Lieutenant with the 4th Battalion.

Enlisted with the 48th Highlanders and went overseas with the 35th Battalion, Canadian Expeditionary Forces as a signaller. Wounded at Courcelette in September, 1916  and transferred to the Oakbank Hospital in Glasgow, Scotland. Joined the 41st Squadron of the Royal Air Force after recovering. Killed in action while serving as 2nd Lieutenant.

Enlisted in the Motor Cycle Corps on November 6, 1916. Trained in Toronto and Bramshott Camps before going to France was in the trenches of Passchendaele, Belgium for only a few weeks when he was killed.

Enlisted in the 182nd O. S. Battalion on June 15, 1916.Reported killed in action at the Arras Front, France, while serving with the 116th Battalion.

Enlisted with the 220th Battalion "York Rangers" on April 03, 1916 and later transferred into the 75th Battalion. Reported missing April 10 or 24, 1917. Officially reported killed in action in February 1918. Died during the Vimy Ridge battle. His body has never been recovered, but military authorities have said that he was apparently instantly killed while leading his men out of a shell hole during the Vimy Ridge offensive.