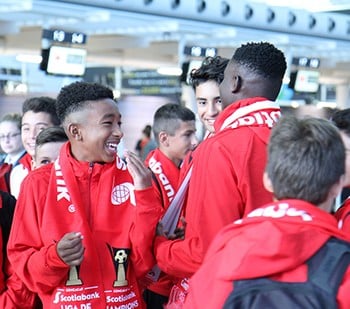 Toronto FC U13 teammates share a laugh at the airport before heading to the Scotiabank CONCACAF U-13 Champions League.


On a sprawling football field on an overcast day in northern Toronto, 13-year-old Luca Accettola and his teammates are at one of the last practices before the big tournament. Luca’s thinking about more than his opponents.

“It’s Mexico. It’s going to be hot so you need to prepare for it,” he says.

Luca and his teammates from the Toronto Football Club U13 team, a youth team connected to the popular Toronto FC team, are heading to the Scotiabank CONCACAF U-13 Champions League in Toluca, Mexico.

Toronto FC U13 is one of two teams chosen to represent Canada in the 10-day football tournament co-created by CONCACAF (Confederation of North, Central American and Caribbean Association Football) and Scotiabank, the event sponsor, three years ago.

Luca’s team will face 15 other under-13 clubs from North America, Central America and the Caribbean, including the lone other Canadian team, the Vancouver WhiteCaps Football Club.

This is the first year Toronto FC has been picked to compete. They’ll play teams from Mexico, Nicaragua and El Salvador over the first few days. Toronto FC coach Jon Mondino is looking forward to his team being tested on the international stage. 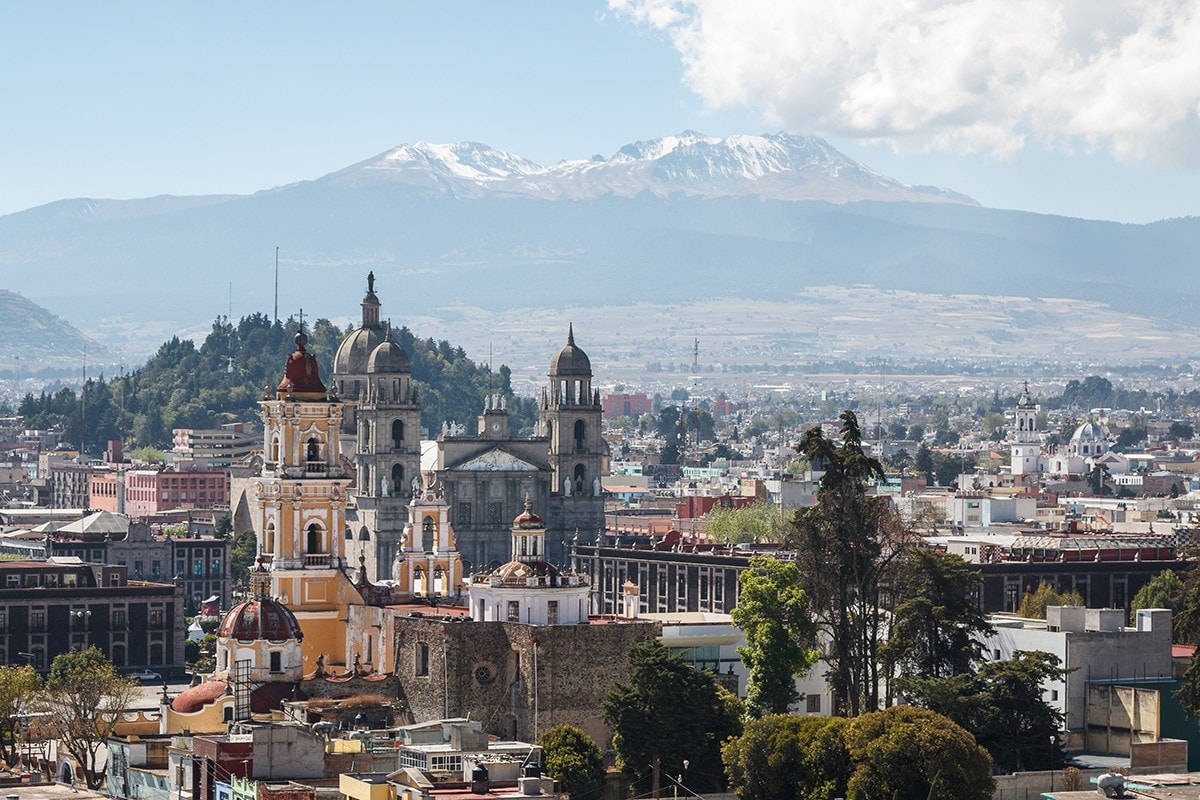 “It’ll be a really accurate assessment of how these players play against other players their own age around Central America and North America and the Caribbean,” says Mondino. “It’ll be a good experience for them to interact in a competitive, healthy manner. They are looking forward to seeing what it looks like.”

Mondino says his players are learning lessons on the field, which they can carry with them at school and later in their working life.

“You learn a lot of transferable skills about commitment, dedication and character. We have a slogan with this group of players; I like to let them know that their hard work needs to remain higher than their talent level,” says Mondino. “This group needs to continue to work hard, even if they are some of the [most] talented players in Canada and they’ve really taken well to this lesson.”

Toronto FC player, 13–year-old, Jakeele Marshall–Rutly is excited to test his skills against the best in the league, particularly teams from El Salvador and the Caribbean.

Predicting the outcome of the tournament, Jakeele says with a grin, “Hopefully, we come first – I’m very excited.” 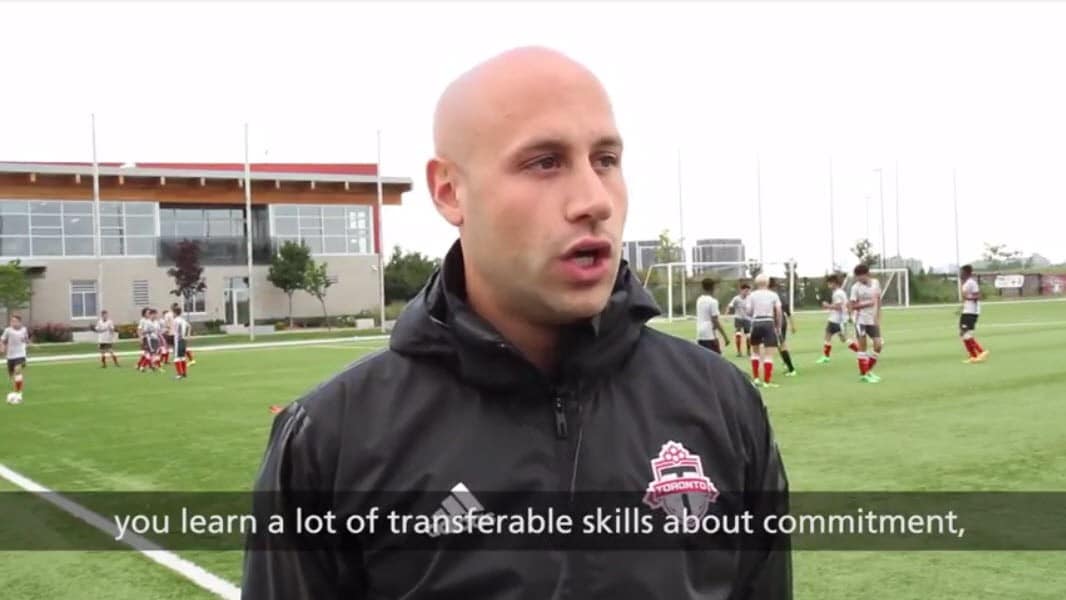 Toronto FC U13 coach Jon Mondino on the lessons kids learn from football.