Scotiabank and Maple Leafs Sports and Entertainment (MLSE) have announced an expanded partnership that includes naming rights for the home of the Toronto Maple Leafs and Toronto Raptors.

The downtown Toronto facility, one of North America’s top-ranked sports and entertainment venues, will become the Scotiabank Arena in July 2018.

Watch Chief Marketing Officer, John Doig and Vice President of Sponsorship and Philanthropy, Jacqueline Ryan discuss the benefits of the new partnership for Scotiabank in the video below. 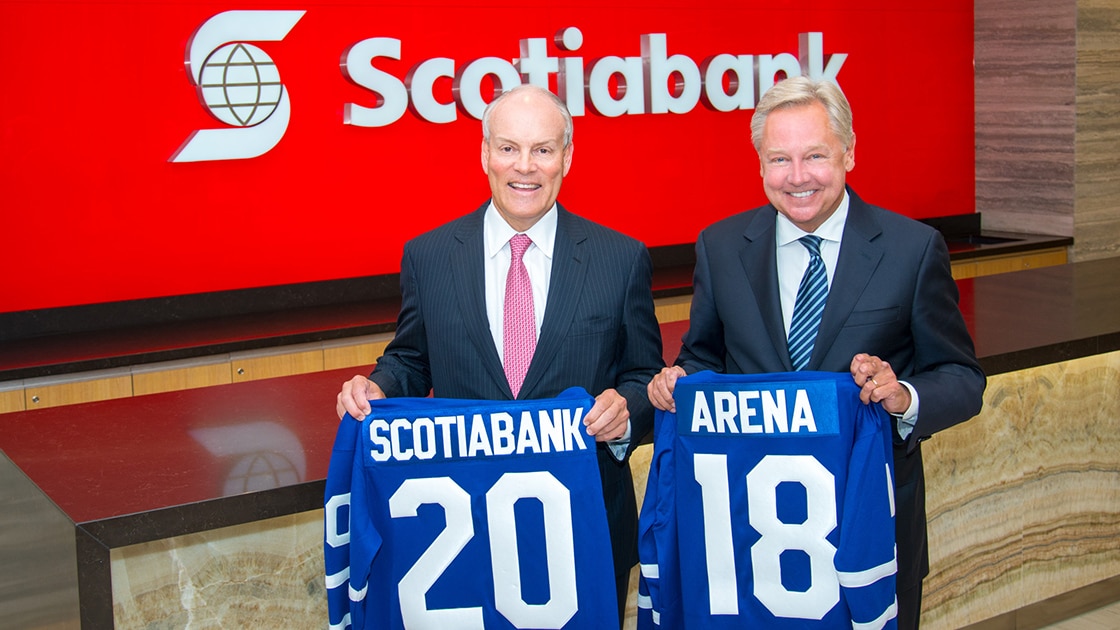 The new partnership builds on the connection with the Toronto Maple Leafs that was launched in 2011. The reported value of the new partnership is comparable to recent deals in North America for naming rights to major venues.

Known as Canada’s “hockey bank”, Scotiabank supports the national game at all levels, sponsoring more than 8,000 minor hockey teams across the country, as well as the National Hockey League and the Canadian NHL teams, women’s hockey and a number of related philanthropic programs. Scotiabank’s research shows that awareness of these programs increases affinity among its customers and heightens the interest of potential customers.

Opened in 1999, the venue currently known as the Air Canada Centre has hosted over 36 million guests. It was ranked the No. 2 venue in the U.S. and Canada and the No. 4 worldwide by Billboard Magazine.