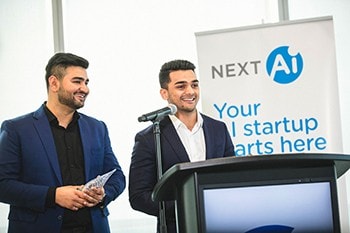 Artificial intelligence and machine-learning and applications are moving into every corner of our lives, from entertainment services that learn from your choices to chat-bots that handle customer inquiries. It’s arguably the hottest area in tech: across Canada, there are hundreds of startup ventures offering new ways to harness some form of AI.

But, as many startup hopefuls are learning, even the magic of AI needs to come with a real business case.

Earlier this year, in a Toronto event space, more than 20 budding tech entrepreneurs pitched their ideas to about 250 people - including active investors - at NextAI Venture Day. It was the climax of an 8-month boot camp and launch pad for AI-based startups operated by Next AI, supported by Scotiabank as a founding partner. The founders paced the stage and pushed through their PowerPoints with promises to revolutionize everything from stocking supermarket produce to processing mortgage renewals. Up for grabs were bragging rights and networking opportunities with venture capitalists.

The big winner of the day: trash.

“We’re presenting on a garbage bin and how it could save the world,” declared Hassan Murad. He and Vivek Vyes are the co-founders of Intuitive, which is creating smart trash bins that sort waste into landfill and recycling streams.

Their intelligent trash can is initially aimed at airports and other mass transit nodes which handle waste from large numbers.

The application of AI is two-fold. Inside the bin, a vision system and manipulator do the sorting. Meanwhile, a potential trove of data is building up because the system also (in theory) can identify exactly what each piece of trash is. That data has value, the Intuitive team believes. A coffee shop, for example, could see how much of its product – and its competitors’ – was in the hands of people passing certain locations.

“Right in the middle there’s a twist on how we’re collecting big data, which you wouldn’t expect. You expect to hear about how a bin can help save the world but then we go into how it can make money,” Murad says.

Murad and Vyes were in the inaugural cohort of NextAI, which launches its second cohort in February, 2018. NextAI is one of three development programs for entrepreneurs delivered by NEXT Canada, a non-profit organization that also operates Next 36 (aimed at undergraduate students) and Next Founders (for founders of active ventures). 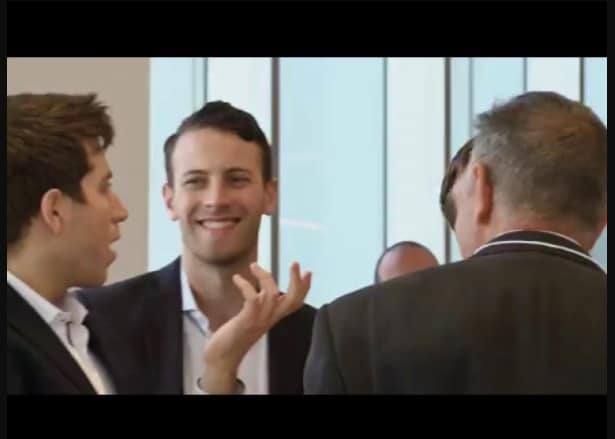 NextAI participants receive $50,000 in initial funding and up to $150,000 more through the program, along with technical instruction and business coaching, legal support and working space. They also get access to powerful cloud computing services.

On Venture Day the results were pitched to a panel of experts and audience of invited specialists and investors. The most frequently-asked question from the panel zeroed in on potential gaps between the tech and the business case.

The question AI-driven entrepreneurs need to ask themselves, experts say, is whether they are solving real problems, or just using AI for AI’s sake.

“We’ve been through a cycle where companies raise financing or generate interest based on being in AI or in the machine-learning space,” says Graham Taylor, associate professor at the school of engineering at University of Guelph, and academic director for NextAI. “But I think we’ve actually peaked on that. I’ve heard from venture firms that they need to see more than just an AI-based pitch. They need to see a specific problem being solved.”

Angela Tran Kingyens, a Partner at Version One Ventures and one of the Venture Day panellists, raised similar questions with NextAI founders more than once.

“Part of the problem is that academics come up with a theory or some kind of technology and they try to commercialize it by trying to find a use-case or pain- point,” Tran Kingyens said afterwards in an interview. “The number one challenge is finding a problem that many people care about.”

NEXT Canada co-founder Ajay Agrawal acknowledged that issue in his closing remarks at the event: “Some people say, ‘what does that really mean, is that just a marketing thing?’ Because AI is like pixie dust, everyone wants to spread it on stuff because it seems to be more valuable when you do.”

But Agrawal cautions against being too quick to dismiss some of the more raw concepts and seemingly “clumsy” examples of applying AI. “This is what it feels like to be on the frontier,” he says.