Guiding the Giving: How Jacquie Ryan’s unorthodox career path led her to her dream job in sponsorship and philanthropy at Scotiabank 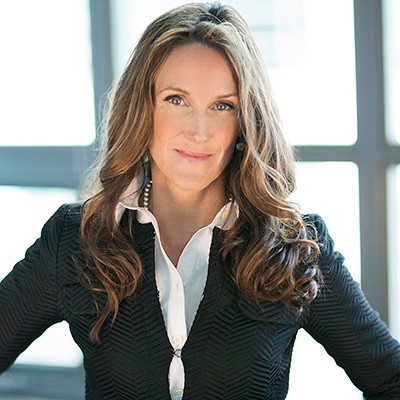 Jacquie Ryan wasn’t sure what she wanted to do after she graduated university with a degree in English and Film Studies, so she headed to Banff to coach skiing. The short-term job set her on a path to a long-term career, and she’s continued to let her passions guide her profession ever since.

Are you an arts enthusiast, hockey parent, or marathon runner? If so, you have probably noticed that Scotiabank sponsors many of the events you love. Behind that powerful presence is Jacquie Ryan, the Bank’s vice president of sponsorship marketing and philanthropy.

Jacquie joined Scotiabank five years ago with the goal to focus its sponsorship program. Under her leadership, the Bank has been frequently recognized for its acclaimed programs including the Scotiabank Giller Prize, Scotiabank Community Hockey Sponsorship Program, and Scotiabank Hockey Day in Canada. Over the past year, Jacquie and the team have focused the Bank’s Philanthropy efforts on young people in the community, including launching a research initiative that provides greater insight into the current state of young people in all areas where the Bank operates.

Jacquie’s route to her ground-breaking role in sponsorship marketing was not traditional. Unsure of the career she wanted to pursue, Jacquie headed to Banff to coach skiing after graduating from the University of Western Ontario with a degree in English and Film Studies. Of this experience, Jacquie says, “Skiing is my favourite sport. I love everything about the outdoors and became interested in the ski industry — PR, marketing, sales. This led to nine years working in Banff, New Zealand and Whistler. When I wondered if I should pursue a more traditional job my father said, ‘Bay Street will always be here. Focus on what you love and come back when you’re ready.’”

Jacquie eventually returned to Toronto to enroll in the George Brown College, Graduate Sports and Event Marketing program. During an internship at a sports marketing agency, she became excited by the opportunities she found in sponsorship and community marketing. Over the following years, Jacquie took on a series of agency and corporate positions where she was able to tackle increasingly complex and high-impact projects, including General Motor’s ski properties, RBC’s Olympic Program, and the RBC Foundation.

Reflecting on her career path and the lessons she’s learned, Jacquie says, “Passion is my compass. It has taken me through every job I’ve had, and it’s what drives my best work. Find what is meaningful to you and use it to guide your career. You’ll get up every day wanting to learn and be happy to work hard. You’ll build your resume, your network, and a tremendous opportunity to give back to the next generation who are coming up behind you.”

When she arrived at Scotiabank, Jacquie found a company that supported many programs, but wanted to make a deeper impact. “We decided to focus our resources in a few key areas that matter most to our customers: hockey, arts and marathons. That focus has substantially strengthened our brand equity. People know what we stand for. And now we are embarking on that same journey in philanthropy.”

Last year Scotiabank gave over $70 million in donations, sponsorships and other forms of assistance globally. Investing in communities has been a priority for Scotiabank for over 180 years, however the Bank saw an opportunity to be more focussed in its efforts to drive deeper impact. “We realized we could have the greatest impact on communities by investing in young people, particularly in their health, well-being and education.”

The principle of shared value says that a business’ competitiveness and the health of the surrounding community are mutually dependent. “In addition to Canada, we operate in many developing countries. Children are the path to social and economic prosperity and by investing in their health, well-being and education, we help build communities in which we will all thrive.” To guide its philanthropic giving, Scotiabank has created the Young People in the Community (YPC) Index, a scorecard of nineteen indicators that assesses health, wellbeing and education by country, and identifies the highest-priority investments with the greatest possibility of positive impact in each region.

The potential to help improve the wellbeing of so many is what energizes Jacquie after a lifetime of following her passions. “Working at Scotiabank on sponsorship and philanthropy is a very rewarding career, which I am thankful for every day.”