What do we owe to those who suffer injury or illness while serving their country in the Canadian Armed Forces? It might be special skills training to support a return to civilian life. It could be mental health care. And in a few remarkable instances, it could be 10 days of battling white-water rapids and hiking over rugged mountains.

Canada’s recent military engagements in conflict zones such as Afghanistan raised awareness of the difficulty some veterans and their families face when they transition back to civilian life, particularly if they sustained physical and mental injuries or illnesses during their service. For some, finding a job, accessing suitable training or adapting to a new cultural environment can be overwhelming.

The True Patriot Love Foundation (TPLF) is one charity that is responding in unique ways to wounded warriors.

Founded in 2009, it supports research as well as community-based programs, backed by fundraising efforts that brought in almost $7 million last year alone and provided direct support to 1,442 military and veteran families. On September 22, the foundation hosts a Multinational Symposium at Toronto’s Scotiabank Place on the impact of injury on the military family. The symposium aims to generate awareness of the issues associated with the lives of veterans and active members of the military a day before the Invictus Games officially open in Toronto.

Perhaps TPLF’s most innovative effort involves matching veterans with business leaders to take on expeditions in some of the most physically challenging and naturally captivating places in the world, including a cross-country ski trek to the North Pole and climbing to the top of Mt. Vinson, Antarctica’s tallest peak.

This past summer, TPLF created a “Best of Canada” series to commemorate the 150th anniversary of Confederation. Sponsored by Scotiabank, the series included three separate, historically-inspired TPLF-led expeditions that combined the personal journeys of veterans and business leaders with an exploration of Canada’s past.

The 20 to 30 men and women on each expedition come from two groups of people who in most cases are unlikely to cross paths under everyday circumstances; soldiers and veterans that have been wounded during their service, and top-level business leaders from some of Canada’s best known companies. The purpose is to enable each group to learn from the other and establish ongoing, supportive relationships that can help veterans prepare for a new life as a civilian.

Gearing up for The Mackenzie

Shortly after 10 soldiers and 10 executives were chosen to complete the Mackenzie expedition, which traced the final phase of the route forged by Sir Alexander Mackenzie through British Columbia to the edge of the Pacific Ocean 224 years ago, they met for the first time at an advance skills-training weekend. The predictable silence started to dissipate as soon as everyone began sharing insights and stories about their lives, careers and outdoor venturing experience. It was soon realized that members of both groups had come for many of the same reasons.

Rick Byers, who has worked in high-profile positions in financial services, was so moved and inspired by what he experienced during a TPLF expedition to Antarctica in 2016 that he joined the True Patriot Love Foundation board of directors shortly after he returned. He says he was honoured to join The Mackenzie expedition.

“When we come together for our first meeting, we spend some time getting to know each other through an exercise that enables us to match each soldier with a civilian who they’ll spend significant time with throughout the expedition. This sets the foundation of a supportive relationship that is meant to extend beyond our final destination.”

Byers says he understands why business people like him feel driven to join a TPL expedition: “They care deeply about the cause and want to show their support in a very real way that goes beyond donating money or attending a fundraiser or two. The experience is liberating and the learning is two-way, which means the civilians learn just as much from the soldiers as the other way around.”

As the expedition unfolds, everyone hikes, paddles, climbs, camps, cooks, talks, laughs and, in some cases, cries together. There is some physical pain and emotions are bared as they move forward together as a team. The team bond grows stronger with every passing day as it becomes increasingly clear that there’s strength in numbers, that no one could do this alone.

The group covered a distance of nearly 100 kilometres near the village of Bella Coola, British Columbia, hiking over mountain passes and shorelines, rafting along the Bella Coola River and canoeing through fjords and into the waters of the Pacific to reach the site where Sir Alexander Mackenzie reached his final goal.

“We knew going in that it wasn’t going to be easy,” says Byers. “In fact, when Alex Mackenzie became the first European-born explorer to cross the Great Divide and reach the Pacific Ocean in July 1793, it was on his second attempt and still pre-dated Lewis and Clark’s legendary trudge across the uncharted western United States by 12 years.

“We took along a copy of Mackenzie’s journal to read aloud at points along the way and were amazed to see and experience many of the same things he and his crew did during that time. On one particularly long day of hiking, everyone agreed the terrain was just as tough and the bugs were just as bad.”

Views from the trail

In addition to Scotiabank’s sponsorship of TPL expeditions, some of the Bank’s senior-level executives have jumped at the chance to participate. Gillian Riley, the Bank’s Executive Vice President of Canadian Commercial Banking, saw the Mackenzie expedition as a once-in-a-lifetime opportunity.

“It was a chance to leave my comfort zone, challenge myself, test my resilience and meet different and interesting people with compelling stories,” said Riley. “I’m supportive and grateful for the dedication the military have to our country, and respectful of the courage it takes not only to serve in the armed forces, but to be optimistic about the transition back into broader society. If I can play a role and offer the benefit of my professional experience in helping someone through that transition, I’m more than happy to do it.”

Along the route, Riley says she was constantly reminded of how important it is not only to be a good leader but a good follower, to always stay positive and go with the flow -- lessons she was looking forward to emphasizing with her network of colleagues and friends back home.

Scotiabank has long supported military families and veterans. The Bank maintains a military talent microsite on its website to bolster its recruitment efforts, featuring testimonials from veterans and reservists who work at the Bank, as well as a list of other organizations Scotiabank partners with in this area.

“We fully recognize that the more diverse and inclusive our workforce is, the stronger the results will be for our entire organization,” says Maureen Neglia, Vice President, Global Recruitment at Scotiabank. “We benefit from the critical skills and very diverse experiences that military personnel bring when hired at the Bank.”

Of the active military participants on The Mackenzie, Shaun Peterson was among the older and more experienced. He is a veteran of the war in Afghanistan, where he suffered a number of injuries. The most serious was when his armoured vehicle struck an improvised explosive device while engaged against Taliban fighters. He returned to Canada with a traumatic brain injury so severe that his rehabilitation included re-learning how to read and write.

When he heard about the Best of Canada expeditions, he quickly applied and was delighted when he was invited to join The Mackenzie.

“I’m from B.C. and I like being outdoors,” Peterson says. “Heading out on a True Patriot Love expedition seemed like a good chance for me to recharge my batteries, to bring what I have to offer and to experience some history up close. But, the other part of it is the fact that I’ve spent my entire adult life in the military and know no other life. So, I knew that meeting successful business people and learning about their careers and getting some good advice from them could help me succeed in the future.”

Peterson currently serves as the Regimental Warrant Officer of the Princess Patricia's Canadian Light Infantry based in Edmonton, Alberta. He continues to encounter the long-lasting effects of post-traumatic stress disorder, which still surface in response to common events, such as the sound of loud sirens, airplane engines or while training new soldiers in his role on the base.

Peterson says he has scheduled sessions to reconnect with his mentor and other people from The Mackenzie to discuss his plans and help keep him focused on the next steps. In addition to volunteering for a variety of local and national charities, he is taking some part-time business courses while he prepares to retire from the Army at age 55, in three years’ time.

Now that Rick Byers has completed two very different TPL expeditions, he says the experience has only strengthened his resolve to raise more awareness and attract additional funding for the cause.

“When you meet these extraordinary men and women and learn about the sacrifices they make on behalf of all Canadians, it means a great deal to me to be able to play a small role in helping them in some way.

“On our final night, we gather and listen as each soldier shares his or her personal story about the extremely stressful and dangerous situations they have been through and the conditions that led to their injuries or illness. These are very powerful and emotional moments for everyone. But, it’s also a time for us to talk about how their life may have or already has changed, as a result of having been through the expedition together.” 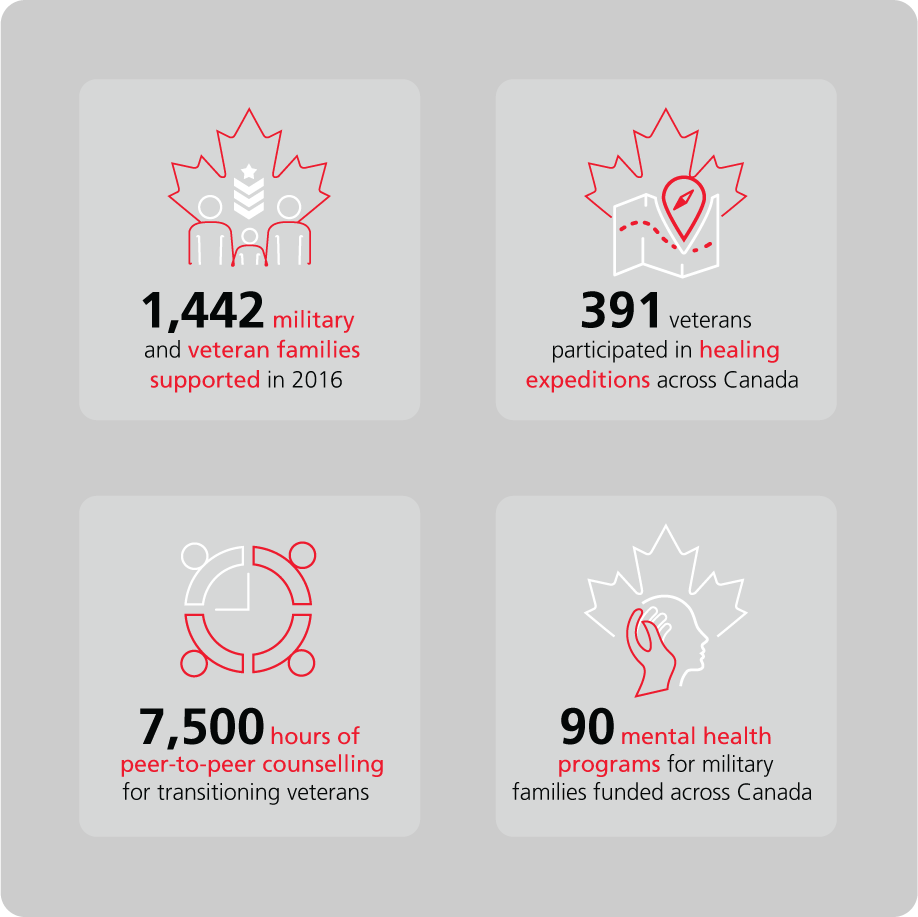 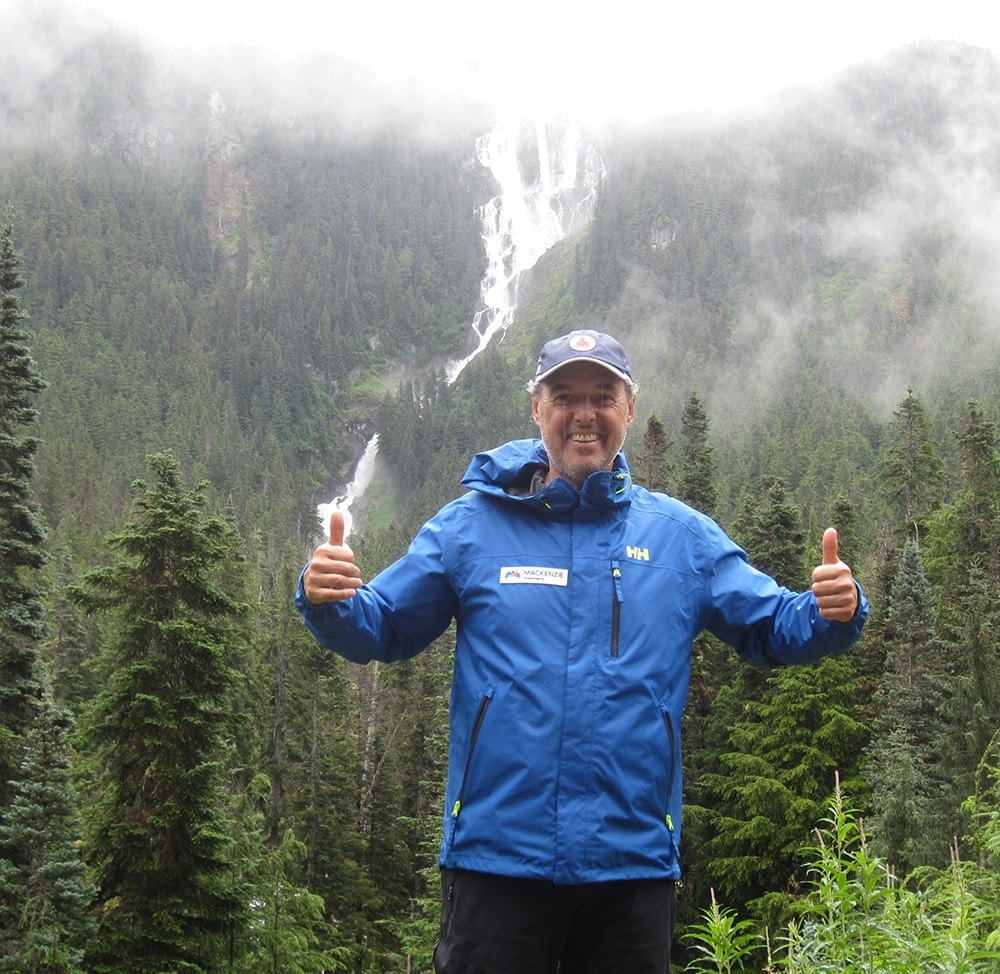 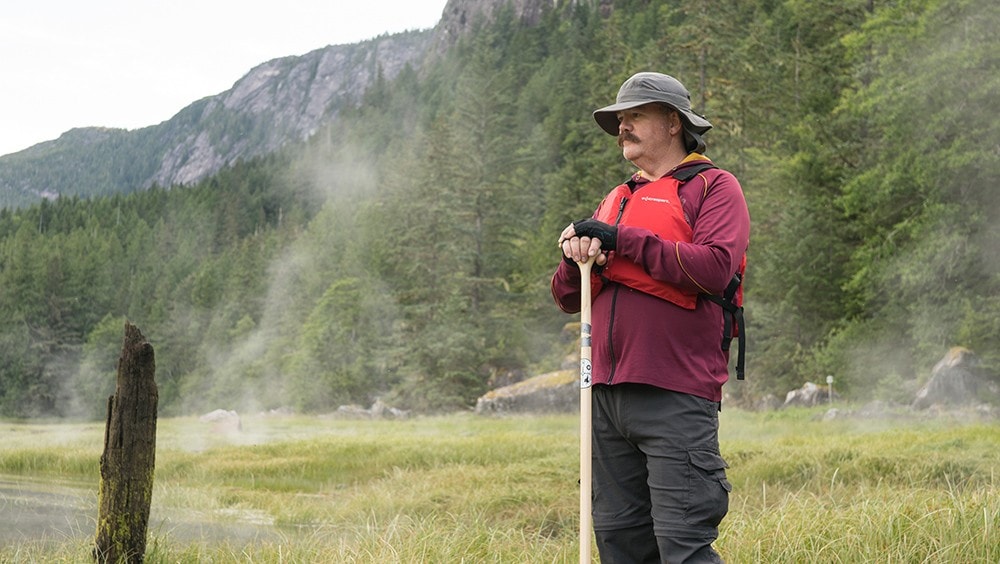 Soldier Shaun Peterson savoured quiet moments along the Mackenzie expedition. As he continues to recover from injuries he sustained during combat operations in Afghanistan, he is looking forward to the next phase of his life after a long military career. 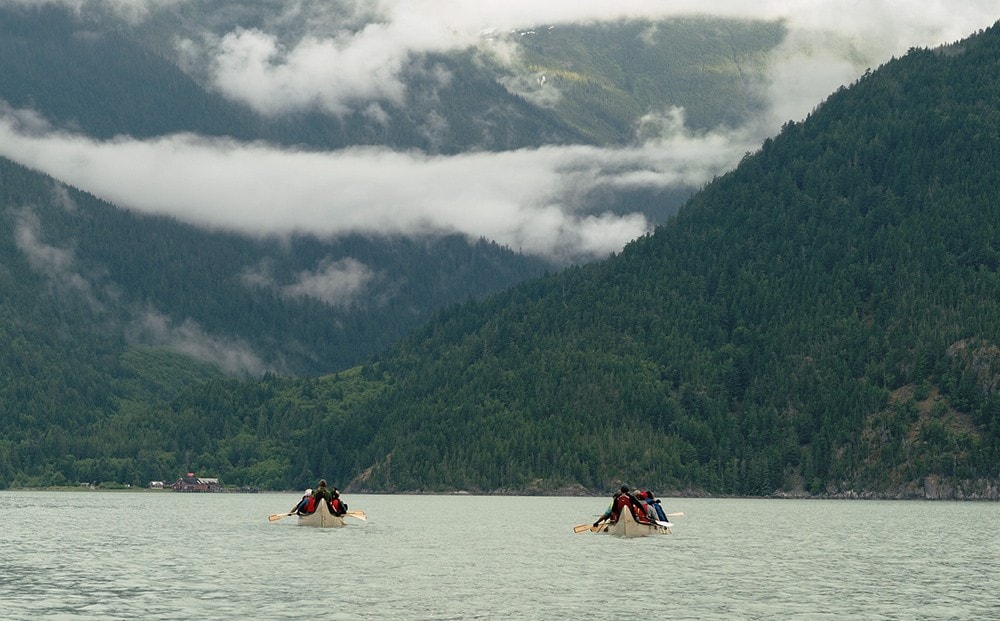 The Mackenzie expedition teams used ocean canoes to reach their final destination after travelling for ten days through the British Columbian wilderness.