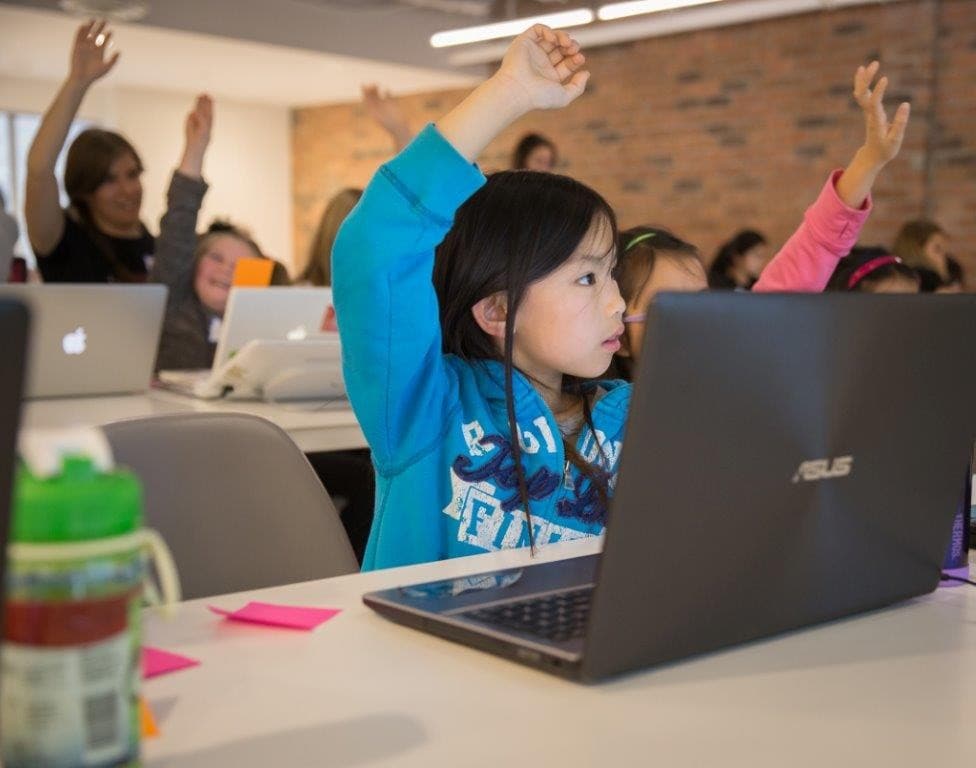 As the banking industry goes through a digital transformation, there’s a “war for talent,” says Kyle McNamara, Executive Vice President, Global Retail Banking Technology at Scotiabank. And if companies want the best and the brightest in their ranks, women need to be on the frontlines.

“Technology is fundamentally changing banking,” says Kyle McNamara, “and we know it will be even more important five years from now.”

As the Executive Vice President, Global Retail Banking Technology at Scotiabank, it’s his job to understand not only how the industry is evolving, but also how to stay ahead. “We need the talent to support that digital transformation, and unleashing the female talent that we have in our Bank and outside the Bank is really key to executing that strategy.”

As Scotiabank moves towards a more “agile” methodology — small teams operating together cross-functionally to achieve specific business outcomes — increasing the amount of women in technology jobs has become a business imperative, explains Kyle. Studies have shown that small teams perform better when they are diverse, and specifically, when women are on those teams.

“We want these small, dynamic, empowered teams to be performing at a very high level with a variety of creative ideas,” says Kyle. “And to help those teams perform as well as possible, we want to make sure we have a high level of female leaders within them.”

So how can a financial institution increase the pipeline of female leaders in technology? One way is to expose them to technology at a young age, explains Kyle. It’s one of the reasons he took on the role of executive champion for Scotiabank’s partnership with Ladies Learning Code (LLC), a national not-for-profit organization that offers hands-on, project-based learning experiences to help women and girls become “digital creators.”

The partnership officially began in January of 2016, and has continued to build since then. In honour of International Women’s Day this year, Scotiabank donated $150,000 to LLC’s Girls Learning Code program, which includes workshops, camps and after-school classes for girls 6-17 years old. Girls across Canada are learning skills like HTML, CSS, image editing, blog creation, 3D printing, hardware hacking and more. The volunteer instructors are women who work in the tech industry — role models for the next generation of budding tech stars.

This past May, Scotiabank worked with LLC to present Girls Learning Code Day, an annual event where girls in more than 25 cities nationwide were introduced to storytelling and animating through ‘Scratch’, a beginner-level programming environment. The three-hour workshops were “pay-what-you-can” to ensure everyone had the chance to tell their story through digital media.

“I think that there are so many inherent biases in society that guide girls in one direction or another,” notes Kyle. “We want to give girls exposure to math, to technology, to coding at a really young age — to let them know that they can do it.”

It’s a philosophy that he has carried into his personal life, with his 17-year- old daughter. She now serves as an inspiration behind his efforts to champion women in tech. “The confidence with which she operates, the intellect, the depth, how worldly she is at that age versus how I was at the same age — it’s incredible,” admires Kyle. “Every day I continue to be impressed with her.”

In addition to fostering the next generation of technology talent in Canada, Kyle is focusing on the high potentials at his own organization. He is one of the drivers of ‘Ignite’, an internal program at Scotiabank designed to encourage female leaders in technology. The program sets a “tone from the top” — with Scotiabank executives like Kyle and Michael Zerbs, Chief Technology Officer at Scotiabank, making commitments to be outspoken, visible supporters of women in technology. The aim is to communicate that increasing the amount of women in tech leadership isn’t just an issue for half the population.

“Men need to be actively engaged on this too,” Kyle explains. “Because it doesn’t just affect women, it affects the entire tech industry.”

‘Ignite’ also focuses on encouraging the sponsorship of women in tech jobs. “Not just mentorship, but sponsorship,” says Kyle. “Making sure the leaders in the organization are taking on active involvement in our female leaders’ careers.” In addition, the program organizes events, from inviting an outside speaker, to a networking get-together, to Kyle hosting a breakfast with female leaders at Scotiabank.

It’s all part of creating an environment that is open and encouraging to women — a key element for growing the number working in technology. Kyle notes that Scotiabank has been committed to diversity and inclusion “right from the beginning,” and its importance for the organization will only grow.

“Scotiabank is very much a welcoming workplace for women,” he says. “I think that puts us in a good position where women can come into the organization and be successful because of the commitment that we already have.”