Change for the better: How Ana Gatti’s experience as an LGBT woman in financial services has improved throughout her career 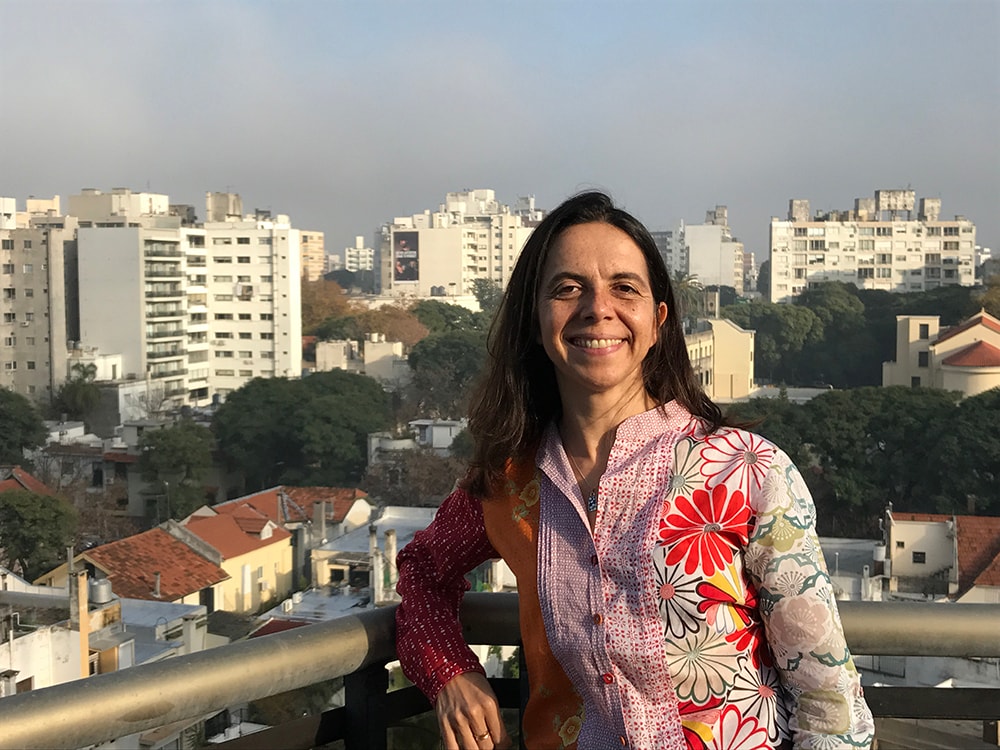 Ana Gatti once interviewed for a company where all 52 branch managers were men. Now the Director and Chief Auditor at Scotiabank Uruguay, she reflects on how far the financial industry has come over the past decade in its acceptance of women and members of the LGBT+ community, like herself.

Ana Gatti was invited to apply for the chief auditor position at a local bank in Uruguay after seventeen years as an external auditor at a global accounting firm. During the interview she learned that all of the 52 branch managers were men, but Ana wasn’t concerned about potential difficulties in building relationships within a male-dominated environment. Ana recalls thinking, “So what? What is the difference?”

This story encapsulates Ana’s fearless, open-minded approach to life, challenges, and a career in the traditionally male-dominated banking industry.

She got the job and two years later, Scotiabank acquired the company she had joined. Ana is now Chief Auditor at Scotiabank Uruguay (SBU), in charge of the Internal Audit Unit. She reports directly to the Audit Committee of SBU’s Board, and the Chief Auditor of Scotiabank.

In her role, Ana provides an independent opinion on the status of risk management, controls, and corporate governance in the organization. “I love it,” she says. “The world is changing so rapidly that new risks arise all the time. For example, cyber-risk is a big issue now.”

Ana reached a dramatic turning point in her career as a young accountant when she was seconded to the firm’s Banking and Capital Markets Audit Division in London, UK. “I had been on short-term assignments in other South American countries, but two years in such a cosmopolitan city with such a completely different culture was amazing. The accounting office was much bigger than in Uruguay, and our clients too were on an entirely different scale. It was a new way of living – interacting with people from all over the world, and every economic background. My horizon opened up.”

Ana reflects on her career in financial services as a senior banker and LGBT woman. “We have seen a lot of progress in the last 10 years. New generations are much more open-minded. People are better informed. Equal marriage legislation in many countries, including Uruguay, has been key in that regard. And more LGBT+ people, including famous or visible ones, are now living their lives openly. But we still have a long way to go.”

Has being an LGBT woman shaped her career, or perspective as a banker? Ana says no. “I don’t think I’d be in a different place if I was married to a man. An individual’s career is shaped by her values, goals, and decisions. It also helps when organizations like Scotiabank foster an inclusive environment for all employees to reach their full potential.” Her advice to managers and executives about advancing women and LGBT+ people reflects this perspective. “Teach by example. Live Scotiabank’s values every day: respect, integrity, passion and accountability. Encourage everyone to live these values, no matter their gender, sexual orientation, race or religion. Be supportive so they can give the best of themselves, and create their own career path.”

Ana applauds Scotiabank’s efforts to advance women and create a more welcoming environment for LGBT+ people. “Top executives are prioritizing gender and LGBT+ equality. When our regional head was in town, he had lunch with female leaders, encouraging us to make our own career path and progress within the bank. Our Country Head and CEO in Uruguay is an Executive Champion of the Bank’s HeForShe@Scotiabank initiative, where men make gender inclusion a priority, committing to change within and beyond their teams. For the first time in Uruguay last year, we had rainbow banners in selected branches in the capital saying ‘diversity makes us stronger,’ and every employee received a rainbow pen. I was asked to do an interview for our intranet, and the comments in response to the interview were very positive.”

Have there been challenges? “A lot! But I wouldn’t be who I am without them. I see challenges as opportunities; they make you stronger and more resilient. I embrace them, and take action in a positive way, so that I can give the best of myself and get value from them in return.”

Ana’s latest challenge is studying for her MBA. “It’s exciting! You always have interesting things to learn in this ever-changing world. Exchanging opinions with my diverse classmates is what I enjoy the most.” This appreciation of diversity is perhaps rooted in her passion for travel. “My partner of 25 years, a contemporary visual artist, and I love traveling. We started when we were 22, and haven’t stopped since.”

When she’s not working or traveling, Ana can be found at dinner or the theater with friends, walking along the Rio de la Plata, or enjoying spending time with her large extended family. Ana’s enthusiasm for work and life is reflected in her career advice for young women: “You are valuable. Be confident. Go for it, no matter what.”