Soup to Nuts: The Best Vegan Eats in Mexico City

Like all Canadians, vegans love to travel, and Mexico City is an amazing destination.

Like all Canadians, vegans love to travel, and at first glance, Mexico City might seem like an impossible destination. It's true that El Ángel de la Independencia is the official government symbol of the city, but you could easily argue that el trompo—the pork-covered rotating spit found on virtually every street corner—is the people's. The country's capital, though, is a creative and cosmopolitan place, and the same curious and experimental restaurateurs serving world-class plates to omnivores have turned their talents to vegan options. Check out some of the best. And don’t forget, as a Scotiabank Passport Visa Infinite Cardmember, you’ll enjoy rewards and benefits like No FX Mark-Ups and Complimentary Airport Lounge Access when you travel1.

Everything you need to know about this little hole-in-the-wall in el Centro is in its name, a portmanteau of "veg" and "amo" (to love). Open until 8 p.m. most days and with a surprisingly varied menu (you can order a cheeseburger or pad thai, for example), Vegamo deserves a special nod for their drool-worthy vegan breakfasts. Not satisfied with standard plant-based options, Vegamo serves up traditional chilaquiles, waffles, and even a delectable vegan omelette that uses garbanzo flour in place of eggs. Those hankering for time-honoured morning tastes are covered—Vegamo has both soy sausage and bacon.

If you want to eat lunch the Mexican way, you need to find a fonda (a family-run kitchen or inn) or market for comida corrida. For a set price you'll receive several courses—usually, soup, pasta or rice, a main, and dessert—hand made and in the traditional style. Often served communally or even out of an individual home, this style of eating is as much a meal as an experience but it's been mostly out of reach to vegan travellers. Luckily for those travelling in Mexico City, there's VEGuererro. Located near El Centro, only a 10-minute walk from the Palacio des Bellas Artes, this restaurant offers traditional comida corrida, only 100% vegan. 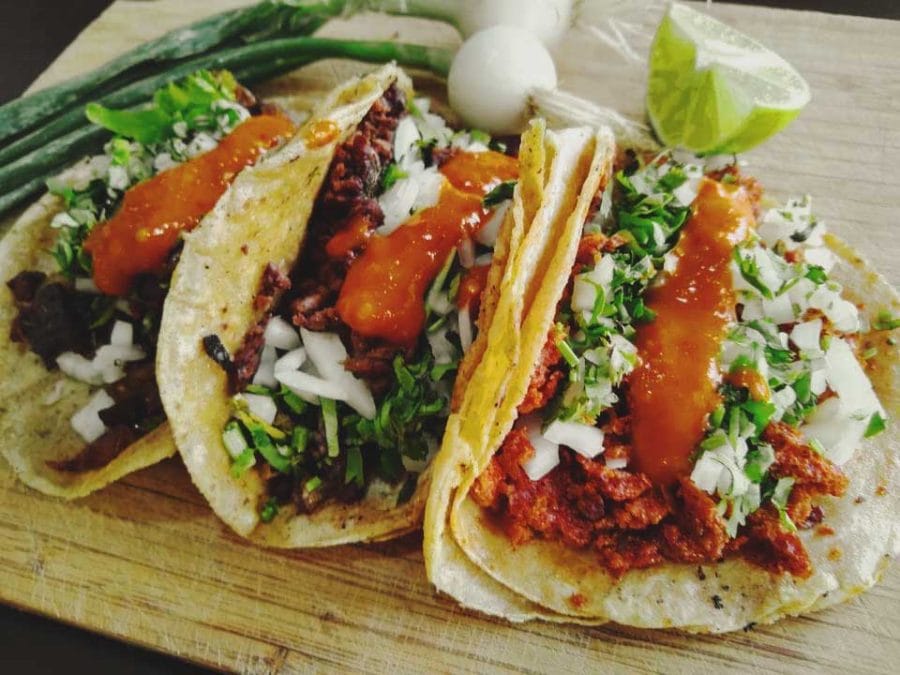 Street food is one of the true joys of travel in Mexico City but finding genuinely vegan options at a stall can be nearly impossible. Even so-called vegetarian dishes like squash blossom quesadillas or potato and bean tacos are usually fried in animal fat. Enter Por Siempre Vegana Taqueria, a vegan street stall that achieves the true tastes and textures of Mexican street food by pairing beans and veggies with plant-based ingredients like seitan and almond cheese. They're so skilled at the task that they've even got a vegan taco de pastor rotating on a trompo. 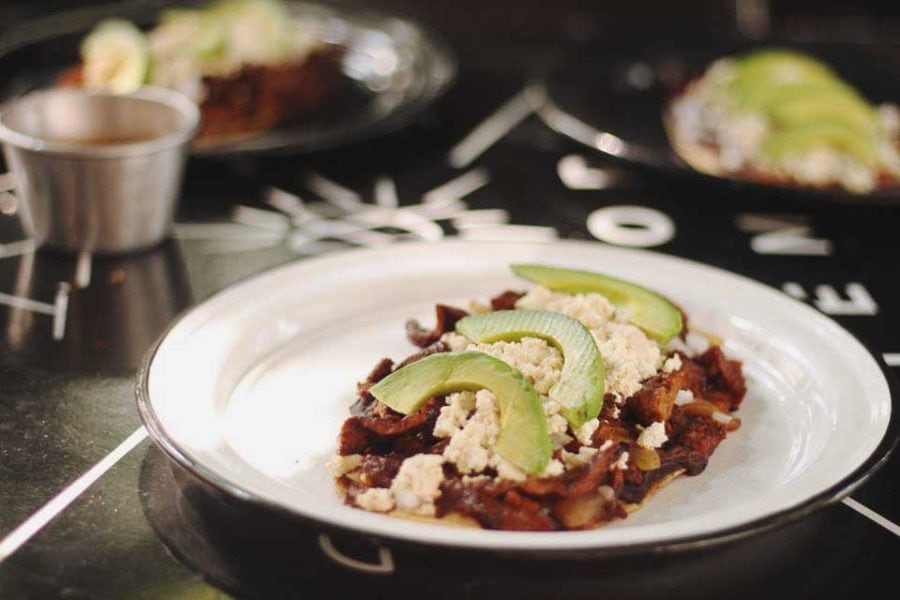 Admit it: Every once in a while you just want a pizza. Vegan pizza is difficult to do right—even a simple tomato and basil Margherita has mozzarella on top and eggs in the crust. Salvaxe gets around the problem by using fresh masa and plant proteins, so you've got a lot more on offer than a simple veggie pizza. Try the chori-champi, their seitan sausage and mushroom pie. Just because it's vegan doesn't have to mean it's plain. This Roma Norte restaurant is known both for its tasty tacos and its exceptional presentation. Everyone raves about their pink tortillas—they're infused with jamaica (hibiscus)—but even the less showy offerings like their enfrijoladas (enchiladas in bean sauce) are garnished with cabbage and tomatoes adding a delicious splash of colour to your plate. This is the place to bring your friend who says vegan food has no style.

Fine dining in Mexico City is an embarrassment of riches, and vegan travellers looking to experience what the city has to offer will do well to find suitable options at the best rated restaurants. Quintonil is one such establishment—with the distinction that unlike other list-toppers, it typically has very few meat-based plates. Located in the upscale Polanco neighbourhood and offering a 10-course tasting menu in addition to regular plates, Quintonil focuses on the “real" traditional Mexican ingredients: corn, chiles, beans, and squash.

There was a time when vegans would have had to work to find animal-free food in Mexico City but those days are gone. Today, you can enjoy world-class vegan eats from dawn to dusk.