How to Spend 72 (mostly non-touristy) Hours in Belfast

A pretty European city with a vibrant cultural life — that hasn't been overrun by tourists.

Belfast is a rare gem: a pretty European city with a vibrant cultural life — that hasn't been overrun by tourists. The last couple of decades have been prosperous and tranquil for the capital of Northern Ireland (which is part of the United Kingdom). Want to strike up a conversation with the locals? Ask about what they're proud of, namely their favourite places to check out the local food, sports, culture, and — perhaps most of all — music.

With its meandering coastline and a position between the Celtic and Irish seas, Ireland is a haven for seafood — a fact that went underappreciated until recently. For a wide sample of the tastiest morsels these waters have to offer, visit the Mourne Seafood Bar. The fish is served in every fashion from battered to curried, though true diehards may want to focus on the shellfish selection.

For a deeper dive into Irish seafood, the Belfast Cookery School can show you how to shuck a Galway oyster and more. Backing onto the Mourne Seafood Bar, the school offers classes in cuisines from around the world, but to savour the local flavour, try to book one that focuses on seafood — or Irish bread-making. Keeping the focus on all things maritime, a first-time visitor to Belfast ought to visit Titanic Belfast, a museum dedicated to the story of the famously doomed ocean liner, which was built at the Belfast shipyard.

While the museum is unquestionably a tourist attraction, its use of state-of-the-art displays to tell the story of the RMS Titanic makes for a smooth and exciting voyage.

Start the day with a full Irish breakfast, including eggs, beans, and ideally black and/or white pudding (those are both types of sausage — and yes, black pudding includes blood, but it's tastier than it sounds). There are almost too many spots in Belfast that serve up a legendary fry-up breakfast, but Hadskis might be the only one with a mention in the Michelin Guide, and it also offers vegetarian options. 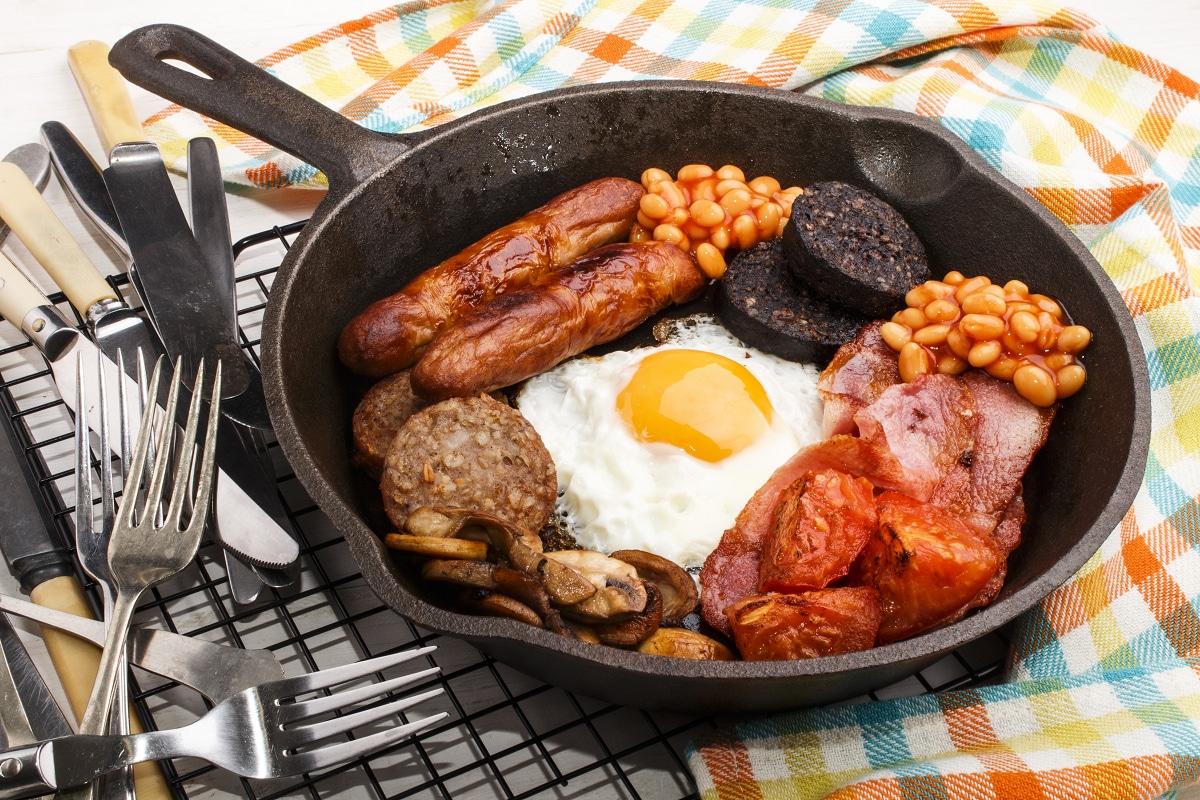 While in Northern Ireland, why not take in some Irish sports? Gaelic football is the most popular sport on the island of Ireland. Similar to rugby but less rough, it's played with a round (as opposed to oval) ball.

You could also check out hurling, which is sort of like field hockey. Players use hooked wooden sticks, and even if you're catching your first match and don't follow all the rules, the fast pace of play will keep you enthralled. The season for hurling runs from January to August, while Gaelic football is played from January to September.

Chronicles of Narnia author C.S. Lewis is among the most famous people born and raised in Belfast. Fans who want to follow in his footsteps can download a self-guided itinerary that passes by significant sites for Lewis and his family or book a guided tour. Either way, you'll get a peek at residential areas of Belfast, a side of the city that tourists seldom experience.

For the evening's entertainment, you can't visit Ireland without catching some live music. To hear something traditional, Whites Tavern (established in 1630) hosts Irish music every weekend while The Dirty Onion (housed in an 18th-century building) offers a session every night, in a setting with an old-time Irish atmosphere.

But to really step out like a local, the eclectic lineup at the Black Box (which also includes theatre and comedy) is arguably more in the tempo of modern Belfast. And if the lineup isn't to your liking there, check out upcoming performances at the Metropolitan Arts Centre — better known as the MAC.

If you can't decide on one genre of music, the sprawling Limelight has multiple stages play host to club DJs, rock bands and more, depending on your fancy. The dance floor is a great way to end your adventure in Belfast!

Want to get great travel rewards around the globe? As a Scotiabank Passport™  Visa Infinite* Card member, you’ll enjoy rewards and benefits like No FX Mark-Ups and Complimentary Airport Lounge Access when you travel. Click here for more details!

™Trademark of The Bank of Nova Scotia.