The story of Willie: How a great documentary got made

Every documentary starts with a story from the real world. In the case of Willie, the creators knew they had a hot prospect from the start.

The full-length documentary, presented by Scotia Wealth Management at this year's Hot Docs Canadian International Documentary Film Festival in Toronto, tells the compelling but surprisingly little-known story of Willie O'Ree, who became the first Black player in the NHL back in 1958.

“The idea really stemmed from a conversation I had with a long-time friend,” says producer and director Laurence Mathieu-Leger. One day, she happened to pass by Bryant McBride as he sat on his stoop in the Harlem neighbourhood of New York, where he and Mathieu-Leger both had homes. As neighbours for eight years, Mathieu-Leger and McBride had discovered a shared passion for hockey; McBride had been the first Black executive at the NHL, and Mathieu-Leger — well, she was from Montreal.

McBride told Mathieu-Leger that he'd heard about a campaign to get O'Ree inducted into the Hockey Hall of Fame.

“I realized I'd had no idea who the first Black player in the NHL actually was, and I grew up watching hockey,” Mathieu-Leger says. “I find it incredible that he had kind of been forgotten. That surprised me — and it made me feel like I probably wasn't the only one.”

The more she learned more about O'Ree's story, the more Mathieu-Leger became convinced it would make for an inspiring documentary. For one thing, he's still active; now in his early eighties, O'Ree still travels around North America as a diversity ambassador for the NHL, hitting the road to inspire young players with his story.

Mathieu-Leger could see how the visuals and narrative arc might come together — but it was timing that presented the biggest challenge.

Mathieu-Leger and McBride's conversation on the stoop took place in February 2018. O'Ree's story centred on hockey, a winter sport. If a film was going to come together on a timeline that would include the hockey season while also capturing the campaign to induct O'Ree into the hall of fame, it had to happen immediately.

“I said, 'Bryant, we need to start filming this yesterday,' ” recalls Mathieu-Leger, who assumed the roles of director and cinematographer, while she and McBride split the producing duties.

The production would have to be financed before anything could happen. Here, the story of Willie takes a detour from the usual script. “Raising money for a film is hard,” Mathieu-Leger says, typically involving applications for grants and special funds for filmmakers, and pitch meetings with potential backers.

In the case of Willie, however, everything came together more smoothly. After leaving the NHL, McBride had ventured into the tech startup world, where his success had helped him earn the trust of major investors. It only took a few phone calls for McBride to line up backers — some of whom were prominent Black entrepreneurs — who believed in the project. They staked a few hundred thousand dollars to bring O'Ree's remarkable story to the big screen.

“It doesn't happen like this, normally,” Mathieu-Leger says. And she's “very well aware” that she can't count on being this lucky again with future projects.

All the same, the initial phase of shooting involved a step that has been familiar to generations of fledgling filmmakers. “We started putting the film [expenses] on our credit cards. Even though people had committed, we didn't have the money in the bank right away,” Mathieu-Leger says.

Like many other films screening at Hot Docs, Willie still needs a distribution deal. (At which point, early believers in the film will be rewarded. “Whenever we get acquired, anyone who [invested] gets a return on their investment,” Mathieu-Leger explains.) 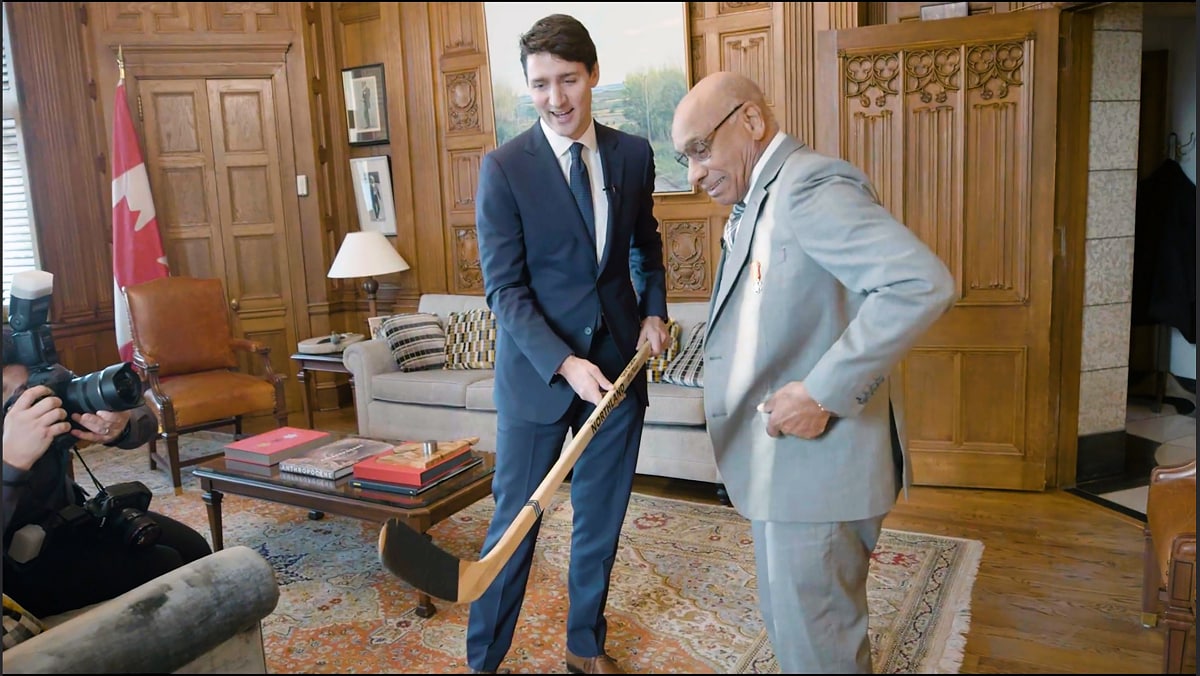 The film is the first full-length directing effort for Mathieu-Leger, who previously worked as a senior video producer for The Guardian in New York. She's entering the documentary business at an auspicious time; digital services including Netflix and Amazon Prime are paying top dollar for distribution rights (which, in the documentary world, can mean the low millions). That's giving producers a new stream for selling their films, beyond the traditional cinematic distribution channel.

For Mathieu-Leger and other filmmakers with a title to sell, the Distribution Rendezvous at Hot Docs serves as a forum for meetings with potential buyers — and the outcome of these can determine whether a film will make the big leagues.

“This is the first time I'm doing this, so I have no idea how it's going to work out,” she says.

As it prepares for meetings with potential buyers, the team behind Willie knows it could be faced with an agonizing choice: whether to go the traditional theatrical distribution route, or release the film directly to streaming services. The latter might involve less work and possibly more money, but it isn't a path to Academy Award eligibility.

For her part, Mathieu-Leger may prefer a deal that would make the film eligible for an Oscar or another major award — a fitting end for the story of Willie.

“I believe in my heart,” she says, “that we could at least be shortlisted for a bigger prize.”