If you're reading this during the first half of April, there's a good chance Julie Cowan is far away from wherever you are.

If you're reading this during the first half of April, there's a good chance Julie Cowan is far away from wherever you are. She's a member of an all-female team of 19 civilians, military veterans and soldiers snowshoeing across the rarely traversed Akshayuk Pass on Baffin Island in Canada's far north. Joined by four professional guides, the expedition members will each pull a sled laden with 40 pounds of gear. They're hoping their 100-kilometre journey will inspire people to donate to True Patriot Love, which since 2012 has sent volunteers on expeditions around the world, raising $7-million to help military service people and their families.

By day, Cowan is head of Canadian GCM relationship management for Scotiabank Global Banking and Markets. She's also co-chair of True Patriot Love's Baffin 2019 expedition, and has personally raised more than $50,000 in donations for veterans and military families (and counting — here's her donation page). Cowan spoke with Perspectives to talk about what's driving her to make this challenging journey.

Have you been part of an expedition like this before?

No. I've always been an adventurous traveller — I like to go off the beaten path — but never have I done anything like this.

What motivated you to take on the challenge?

It's such a unique way to pursue personal growth and [make] a personal contribution beyond my daily family life and my professional life. I have never fundraised like this before or done anything that was as physically demanding — not even close. And since my daughter was born I've never been off the grid, and she's almost 15.

I'm also really interested in learning more about how the military approaches team-work and leadership. Having been to the training camps, I've seen how they really live the motto, “No man or woman left behind." They're always watching out for the team. 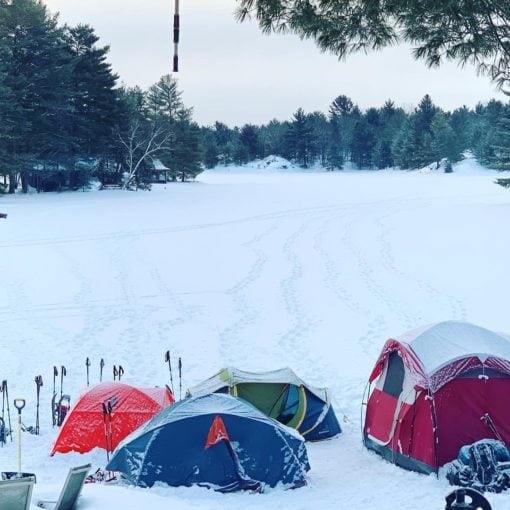 Has True Patriot Love organized an all-woman expedition before?

This is the first time they've done something all-female, so it's very special. The goal is to demonstrate women's strength and resiliency, their selflessness, their sacrifice. And for me, another motivating factor is to set an example of giving back to our community for my daughter.

Real mental toughness and resilience is going to be required. We'll be six to seven per tent. I don't think it's going to be comfortable. Nobody's going to have any personal space. Having spent a fair bit of time with all of the women going on this, I think everyone is resilient already, but we're going to further develop our adaptability.

Military women and civilian women have chosen different careers, but there are a lot of similarities. Everyone is pursuing a career that they're passionate about, and they're having to juggle family life with their career. There are a lot of commonalities, and obviously there are differences. We [civilians] learn a lot from our veterans and soldiers.

Why did you want to help military families in particular?

It really struck me during the Invictus Games in Toronto [in 2017] that it isn't only the soldier that's experiencing the sacrifices, it's the whole family — the children and the spouse also serves. That just really resonated with me. So when the opportunity to join this expedition came up to raise funds for soldiers and veterans and their families — who work so hard to ensure that Canadians can have the life that we do — I just jumped at the chance.

Scotiabank has been a major supporter of True Patriot Love. Have you been encouraged on a personal level, too?

I'm so well supported. My colleagues and friends at Scotiabank have taken a genuine interest, [including] taking the time to make a donation, and that's appreciated. One of my colleagues is making protein bars for me, which is awesome!

Do you see any connection between your day job and an Arctic expedition?