CANADA HOUSING MARKET: OFF TO A STRONG START

Canadian home sales rose by 1% (sa m/m) in January, while listings declined further by 11% (sa m/m). Due to this significantly larger decline in listings, the sales-to-new listings ratio, an indicator of how tight the market is, spiked to 89.4% from 78.7% in December. This is the second highest level ever recorded for this measure, close to the January 2021 record of 90.2%, and significantly higher than its long-term average of 54.5%. These historically tight market conditions brought about 2.9% (sa m/m) increase in the composite MLS Home Price Index (HPI), the largest monthly gain on record. Single family homes, particularly the larger two-storey segment, were the primary driver of January’s price increase.

There was a fairly even split between markets where sales increased and those where they decreased, with gains in parts of the country somewhat offsetting declines elsewhere. Within the 31 local markets we track, changes in sales ranged from a 23.9% (sa m/m) decline in Winnipeg, to a 19% (sa m/m) increase in St. John’s. Despite what looks like a small monthly increase, the sales volumes remain at a record high. The national level of sales is the second highest on record for January after January 2021, and a remarkable 45% (sa) higher than the 2000–2019 January-average.

The decline in listings was more broad-based than the increase in sales. Of our 31 markets, listings went down in 27. The remaining 4 markets where listings increased all recorded an increase in sales—indicative of the limited supply in January with new listings being immediately snatched up by buyers. With these tighter conditions, the number of our local centres in sellers’ market territory moved to 28, up from 21 in December. Months of inventory remained at their record low level reached in December, at 1.6 months—far below their long-term average of 5 months. Months of inventory were at record lows in British Columbia, New Brunswick, Nova Scotia, and Newfoundland and Labrador.

The acceleration in January’s price gain was shared across all market segments, except for apartments, which maintained their December momentum. On the whole, the composite MLS HPI for all homes in Canada was 28% (nsa y/y) higher in January 2022 compared to the same month last year—making this month’s price increase the largest year-over-year and month-over-month increase on record.

2022 started pretty much as 2021 ended for the Canadian housing market. A modest month-over-month increase in sales that was largely held back by a substantial pullback in listings and that continued to put upward pressure on prices. Everything points to incoming heat during the spring once more listings hit the market as the triggers of the housing rally that started over two years ago persist.

Due to the pandemic, with its spillover effects on working conditions, space and location preferences, disposable income and savings, and borrowing rates, with the latter having been pushed to historically low and accommodative levels, the kind of price growth that had been typically reserved for big and expensive cities has been occurring at the national level, branching into much smaller and, previously, affordable markets.

In previous housing reports we have discussed in detail how the robust recovery in the labour markets, strong immigration, investors’ activity, and the rates on different mortgage types, among other things, affected the housing market during 2021.

Yesterday, the federal government announced a new and an even more ambitious immigration target for 2022, raising it to 431,645. And, while strong immigration has been one of the drivers of the market’s supply-demand imbalances, the more targeted approach announced by the government, where more than half of these spots will be designated for those coming to Canada to fill job vacancies, might in fact help alleviate some of these imbalances—particularly if focused on skilled trades workers that will help reduce shortages in the construction industry that have long impacted Canada’s ability to build homes and keep up with population growth. In the same vein, with higher targets comes the responsibility on the part of the government to plan appropriately and extend support to immigrants, including investing more in infrastructure and housing. Unlike in 2021, where the government met its immigration target mostly through making already-in-Canada temporary residents permanent, the 2022 plan points to more newcomers arriving to Canada. This means this year’s higher target will bring about a relatively larger need for housing, both rental and owned. In setting such ambitious immigration goals, the federal government should take into account all these factors to determine the appropriate number of newcomers to balance between their housing needs and their contribution to increasing housing supply and economic growth. Failure to do so in the past has at least partly played into the worsening supply-demand conditions in Canada, and we need solutions that address past shortcomings while accounting for future needs. For example, to address the supply shortage just in Ontario, the recent report from Ontario’s Housing Affordability Task Force calls for 1.5 million new homes to be built over the next 10 years (here).

The Bank of Canada’s policy rate had been pushed to its effective lower bound at the outset of the pandemic, and has since created an environment that is quite accommodative of borrowing, partly fueling house price and mortgage growth. The expected rate hikes this year in the face of historically high inflation should serve to cool the market a bit, particularly for investors who now take up more than one-fifth of the buyers’ pool. These investors were surely encouraged by the low borrowing costs and high profitability, as well as the ambitious immigration targets that will generate significant rental demand. The share of investors in the buyers’ pool had doubled in 2021, but this rapid uptick might see a similarly rapid reversal when rate hikes come into effect, given the generally more rate-sensitive nature of investors’ demand.

The fact that the Bank of Canada did not raise its rate in its January meeting, against expectations, may have played into some Canadians’ long-founded belief that rates will never go up, at least not by as much as markets are predicting, and in line with the low-for-long rate environment that preceded the pandemic. The January hike-skip extended the lifeline for the housing rally to continue, supporting demand from these skeptical Canadians, and allowing more buyers to rush into the market to lock in the lower rates. However, these buyers are being faced with such limited supply that the net impact on sales is unclear until we have more data.

In any case, once the Bank hikes, as it most certainly will in the spring of 2022, households will be well placed to weather the higher borrowing costs with their record high net wealth and savings, while any market cooling will be a welcome reprieve. The head of the Office of the Superintendent of Financial Institutions reported last week that predicted rate hikes might bring about lower prices in certain markets, however, the drop should be considered against the backdrop of even larger increases in many markets. In other words, this possible slowdown due to rate hikes, mitigated by the increase in demand from stronger immigration growth, might be just enough to bring about some needed cooling, and not a full-blown crash. 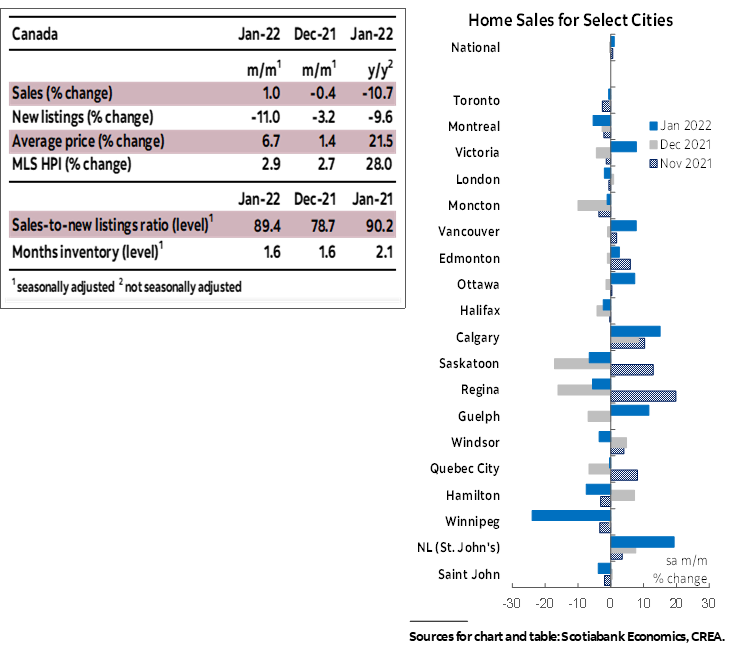 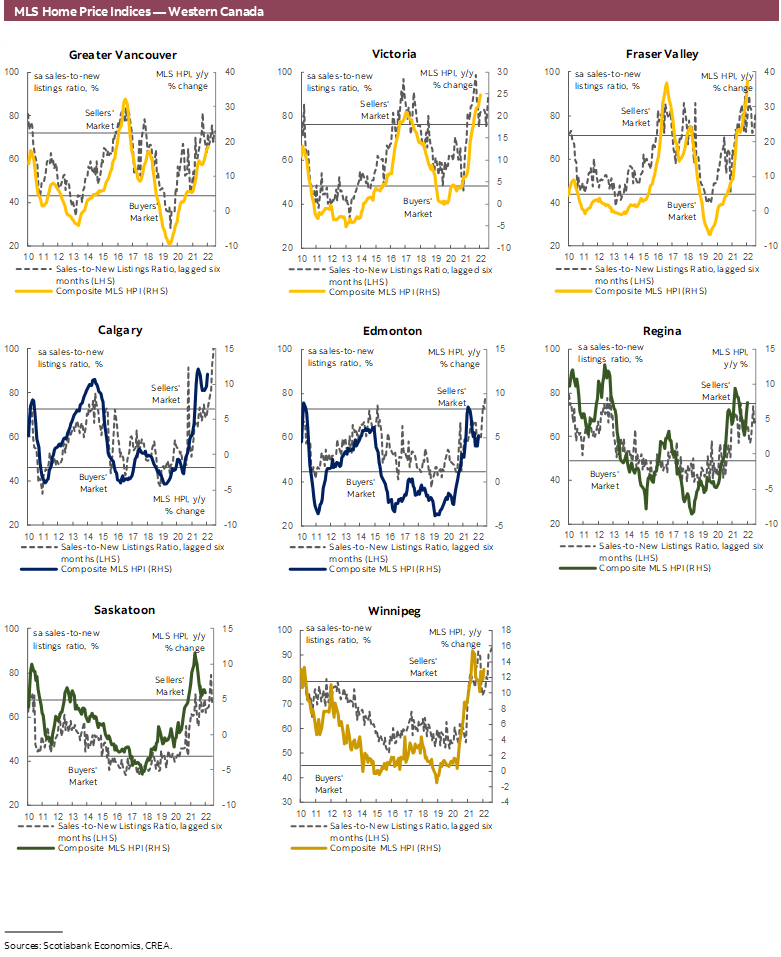