CANADA HOUSING MARKET: WHERE DO WE GO FROM HERE?

Canadian home sales fell by 5.4% (sa m/m) in March, accompanied by a similar drop of 5.5% (sa m/m) in listings. This kept the sales-to-new listings ratio, an indicator of how tight the market is, at 75.3%, the level it eased to in February after spiking to 89.4% in January. The ratio remains notably higher than its long-term average of 55%, with historically tight market conditions bringing about a 1% (sa m/m) increase in the composite MLS Home Price Index (HPI). This is a marked deceleration from February’s record-setting monthly price gain, and was driven primarily by deceleration in the single-family homes segment.

Sales were down in about two-thirds of our local markets. Of the 31 local markets we track, 21 registered sales declines, led by the GTA and Calgary—regions that led increases in February. The national level of sales in March was down compared to the same month last year, which is not saying much when we consider that March 2021 was a record-setting month. The level of sales in March 2022 is still the second highest level on record for that month, and is 43% (sa) higher than the 2000–2019 March-average.

Similarly, listings were down in about two-thirds of our local markets. The equal pullback in both sales and listings put 23 of our local centres in sellers’ market territory, up from 21 in February. It seems, however, that February’s large influx of listings is making its way into inventories: months of inventory climbed up to 1.8 months after having been at a record low level of 1.6 months since December—still far below their long-term average of 5 months.

All home-types registered monthly price gains In March, albeit all decelerated from February’s record pace. The deceleration in March’s price gain was most pronounced in single family homes and townhomes, with apartments relatively sustaining momentum. In fact, apartments are the only segment that still registered the largest year-over-year price gain of 25.1% (nsa y/y). On the whole, the composite MLS HPI for all homes in Canada was 27.1% (nsa y/y) higher in March 2022 compared to the same month last year.

Home sales in March dropped relative to February—the first substantial decline since last summer when the market was coming off its March 2021 peak. With listings pulling back as well, home prices continued to increase, albeit at a much slower pace than the record set in February. While a welcome reprieve, we surely can’t describe the market as slow, as any declines leave activity at historically elevated levels. However, it does point to more balance to the first quarter of the year relative to last year, when sales and sales-to-new listings ratio hit record highs.

The market is being pulled in different directions by various forces, making it very difficult to pin down the reason for March’s apparent deceleration.

One could just blame it on the equal pullback in listings—sales had been flat for a few months due to tight listings, before their influx boosted sales in February. Thus, the decline in listings in March had a one-for-one impact on sales. However, this is unlikely the main driver as there has been increasingly more anecdotal evidence of some signs of easing on the ground, from fewer showings and bully bids to more picky buyers and conditional offers.

The Spring market seems to have been brought forward by rate hikes, with people having rushed to the market in February to lock in lower rates before the widely anticipated Bank of Canada hike. While we anticipated the impacts of higher rates to take longer to work their way into mortgage originations and refinancing, an increased interest rates sensitivity may have accelerated their effectiveness.

The pandemic and ensuing government support and limited spending abilities propped up households’ net wealth to record highs, despite rising household liabilities particularly in the form of mortgage debt. The very low interest rates at which these debts were accumulated kept debt-servicing ratios below long-term averages. But these ratios are expected to rise as accumulated loans renew at higher rates, making households more sensitive to rate hikes, particularly as inflation reduces the purchasing power of existing disposable incomes. The Bank of Canada consumer expectations survey shows that wages of the majority of respondents have not kept up with inflation. As a result, it is becoming harder for some consumers to make their debt payments.

We have also been cautioning that with an increased share of investors in the buyers’ pool, demand will be more sensitive to expectations of higher borrowing costs and lower profitability, resulting in a disproportionate fall in sales in response to rate increases.

While economic indicators point to strength in the economy, measures of consumer sentiment have generally been on the decline. The Russian invasion of Ukraine put further pressure on already rising prices, with food and gas increasingly taking up a bigger share of households’ incomes. The required aggressive response from central banks and a brief flattening of the yield curve made way for endless headlines of an incoming recession. After two years of the pandemic, it is understandable that households are suffering from general bad news fatigue. The Bloomberg Nanos Canadian Confidence Index, a measure of sentiment, fell in March to its lowest level since January 2021, weighed down by concerns about inflation, rising rates, and uncertainty about the war. Combined with an erosion of affordability and buyer fatigue, worsening sentiments can have an outsized impact on housing activity.

This is evident through the evolution of responses to the Scotiabank Housing Poll since last year. In April 2021, the survey pointed to more than half of Canadians believing it was a good time to buy due to low interest rates, with 39% of younger Canadians saying the pandemic accelerated their plans to purchase a home. Fast forward to April 2022, the survey now points to more than half of younger Canadians (56%) putting their home buying plans on hold due to the current economic environment and interest rates outlook. According to the survey the share of homeowners choosing to stay put and renovate their existing properties instead of purchasing has also climbed up.

In addition to the shift in sentiment, there is also a shift in attitude as buyers increasingly embrace a wait-and-see approach. Similar to how sellers were holding off to list due to expectations of price appreciation (whereby they wanted to wait until reaching maximum return potential), buyers may now also be holding off to buy with expectations (or rather, hopes) of prices moving in the opposite direction. This too is evident in Scotiabank’s survey, with 62% of younger Canadians saying they are waiting for housing prices to come down before buying a home. Sellers may be feeling the urgency to sell sooner than later as rates rise and the shift in attitude becomes apparent in the number of showings and conditions on offers, motivating them to accept bids that are less astronomically over asking price. These two factors at play may bring the housing rally to a more sustainable pace earlier than expected this year.

While market participants may use this slower pace to take a break and drink a glass of water, policymakers surely can’t afford such luxury. Underlying chronic shortages and imbalances between housing availability and population needs will continue to prop up housing prices and reduce affordability and increase inequality. The federal budget made promises to fix the housing issue, many of which did little to alleviate market concerns as their effectiveness in solving the problem came under question. The commitment to double the pace of construction was most encouraging, but substantial labour shortages in the construction industry alongside the federal government’s limited powers cast doubt on its feasibility. 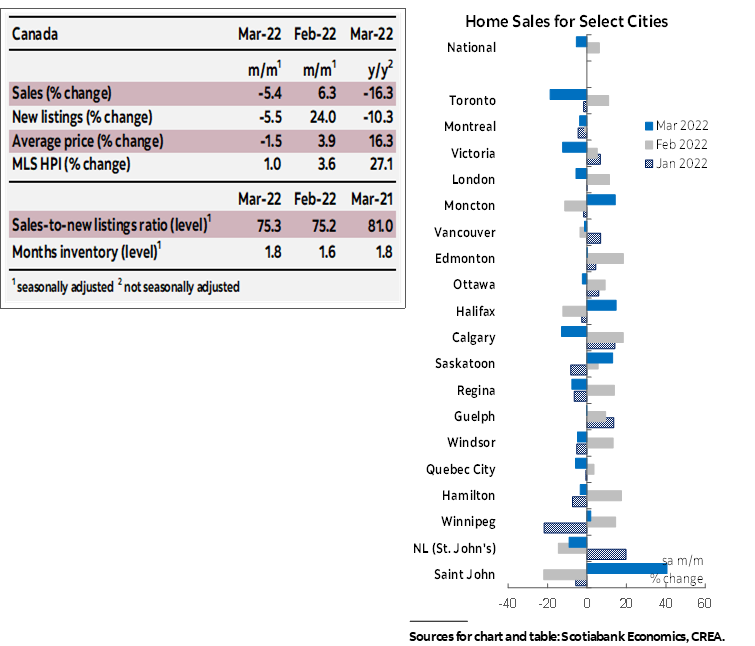 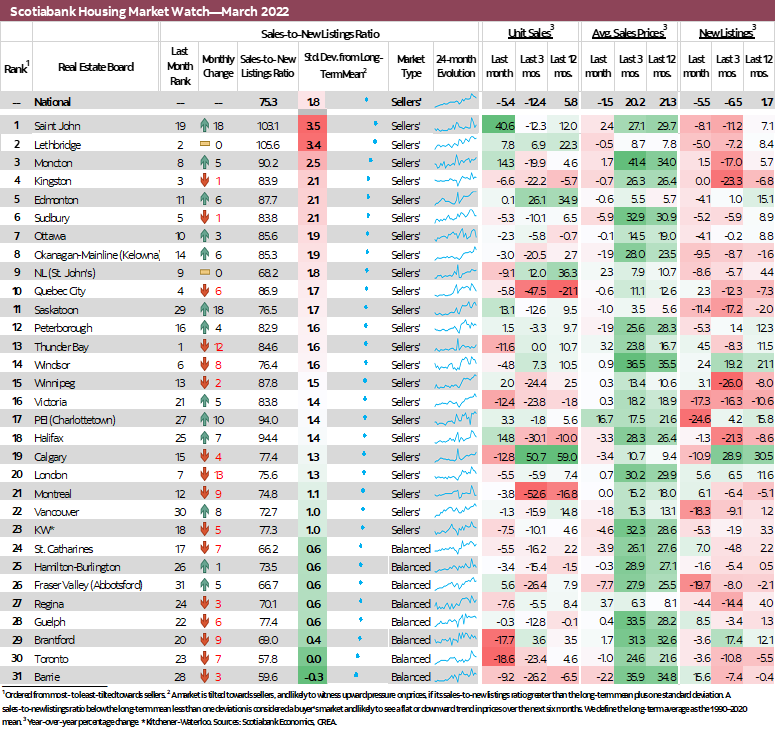 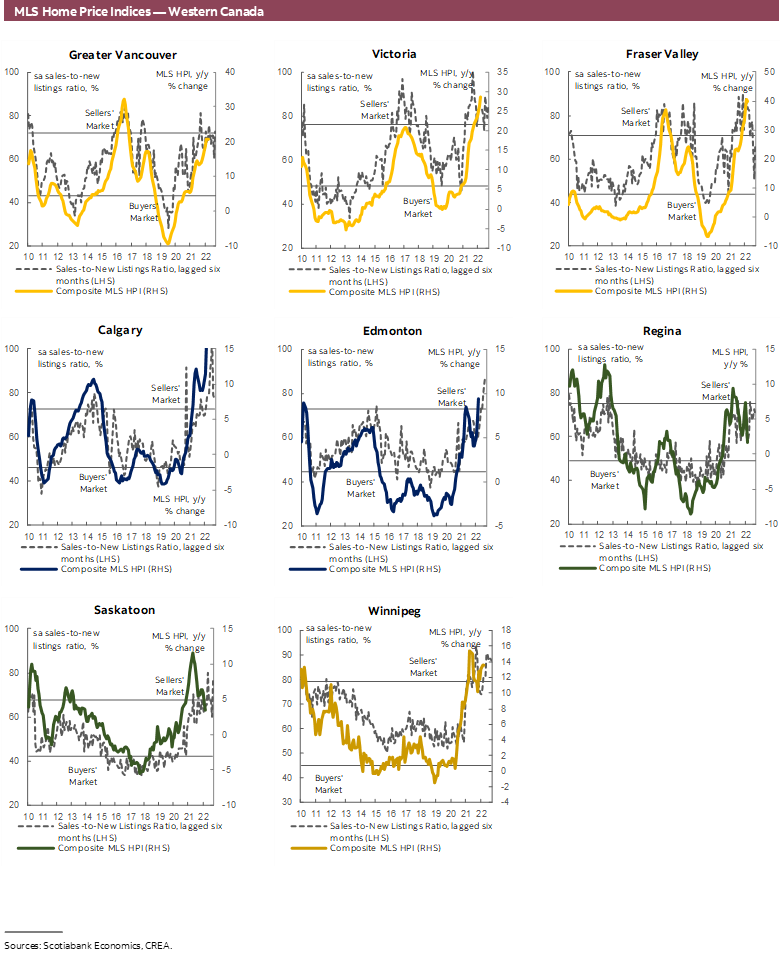 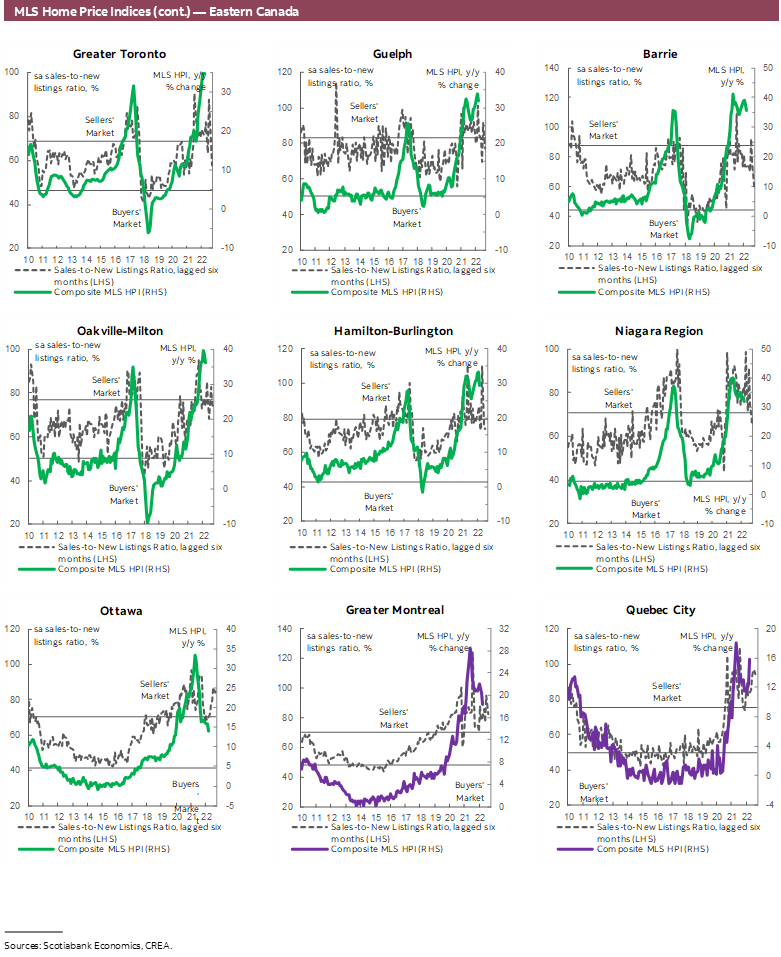