First, the economy grew 0.3% m/m in April which is higher than Statcan’s initial ‘flash’ guidance for 0.2% growth that was provided back on May 31st but on-consensus. Media headlines say growth met expectations because consensus had gone above that Statcan ‘flash’ 0.2% guidance to 0.3% with some estimates reaching as high as 0.5%. Those within consensus who went above 0.2 did so on a lark since no one would have had better data to inform a higher estimate than Statcan initially provided. In my books, growth was better than Statcan initially guided as opposed to comparing it to games played by some within consensus especially in the larkiest of larky tail!

Statcan offered preliminary guidance that May GDP contracted by 0.2% m/m. They cited weakness in mining, quarrying and oil and gas extraction, manufacturing and construction sectors.

Recall the advice that while the estimates are appreciated and worth conducting, one should not treat Statcan’s preliminary estimates very seriously. Chart 1 says why. It shows the spread between monthly ‘flash’ estimates based upon partial data and the first actual estimate, after which a million revisions occur over future months and years! It’s not uncommon to get significant deviations between the preliminary and first actuals. Maybe May’s preliminary guidance of -0.2% will go down further, or maybe up, especially as a better feel for harder to observe sectors like services is achieved. 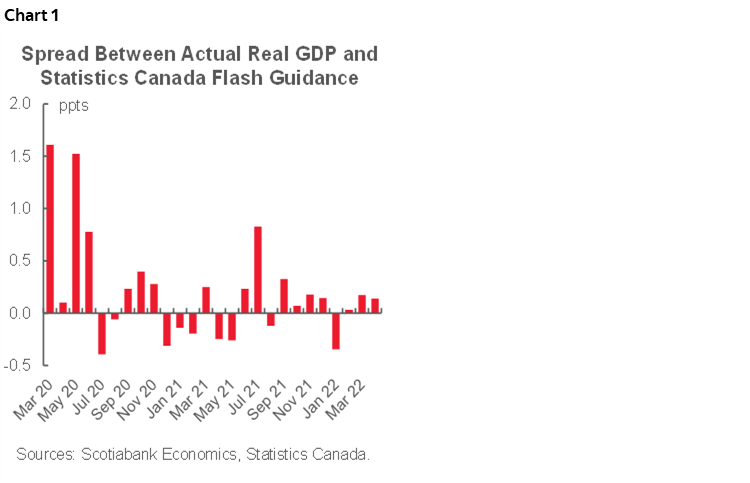 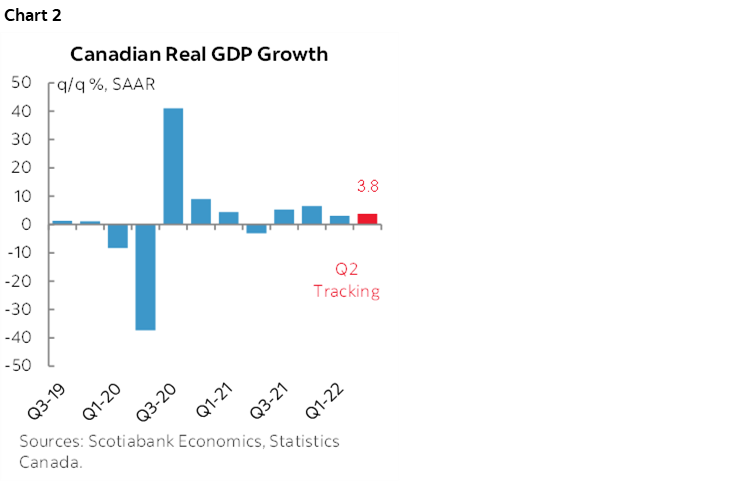 Does any of this matter to the BoC? Not really. Growth may be falling well shy of the BoC’s 6% q/q SAAR Q2 growth forecast in the April Monetary Policy Report, but with the caveat that the MPR forecasts expenditure-based GDP that better captures inventory and import leakage effects than the monthly GDP figures that are production-based. It’s entirely possible that the monthly GDP accounts may be understating where we ultimately land on an expenditure-based GDP basis. Yet growth is still tracking well above the noninflationary speed limit; in fact, it may be in the vicinity of twice that limit which is pushing the economy further into excess aggregate demand.

Furthermore, the BoC is finally laser-focused upon inflation. Welcome to the party; bring your own, because your hosts can no longer afford it. They had forecast Q2 inflation at 5.8% y/y and it's instead at about 7¼%. The BoC's forecasts are still stuck chasing inflation prints higher and that's what carries the day in terms of the monetary policy bias (chart 3). More pretty pictures follow. Chart 4 shows that despite the May setback, the economy is still about 2% larger than it was before the pandemic struck. Chart 5 shows that it’s still just a handful of sectors that have yet to fully recover. Chart 6 breaks down April’s GDP growth by sector. Chart 7 does so by weighting the percentage contributions to overall growth by sector to marry the sector growth rates to their relative importance. 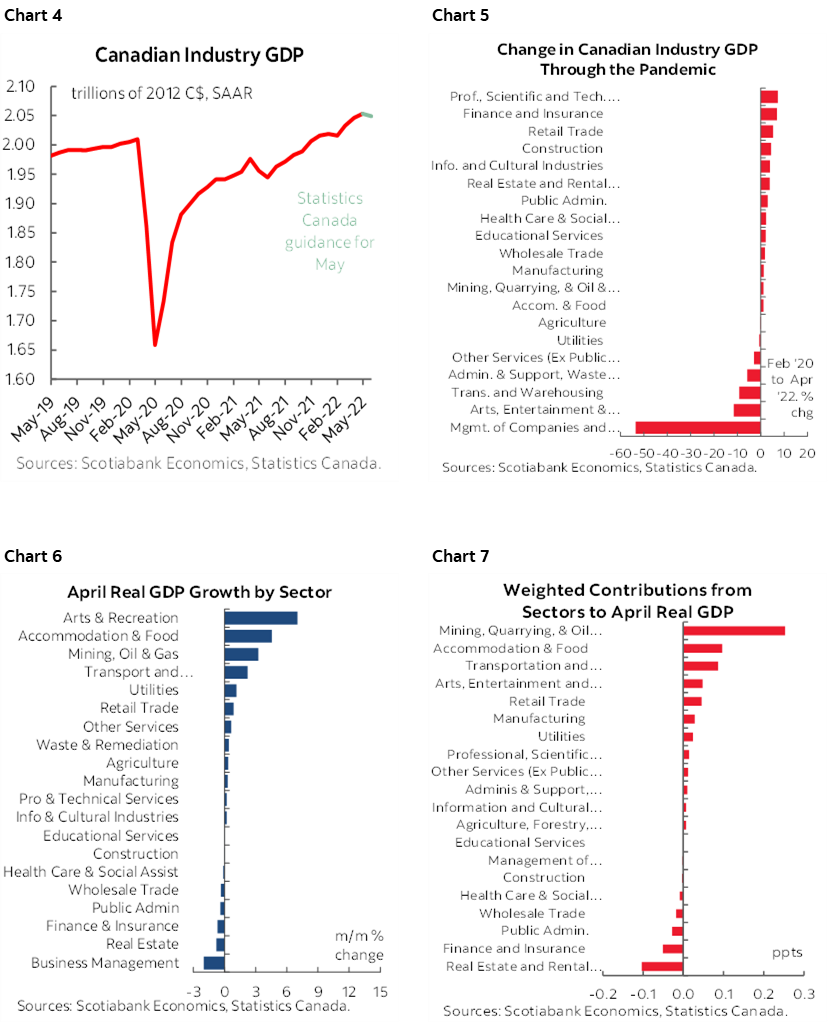