What consumers gave in November they took away in December, leaving the overall quarter roughly flat for retail sales volumes. The data should have zero bearing on next week’s Bank of Canada decisions.

Why? Because there are strong caveats that should prevent over-reacting.

Chart 1 shows the tracking for monthly sales values and volumes over the pandemic.

After a 6.9% q/q SAAR gain in retail volumes in Q3, Q4 is tracking up another 1.4% assuming all of December's flash guidance for nominal retail sales shows up as a decline in volumes. If vols fell even more (given higher prices) then I'd figure the quarter came in flat (chart 2).

Charts 3–4 break down the composition of sales during November. December is unavailable. 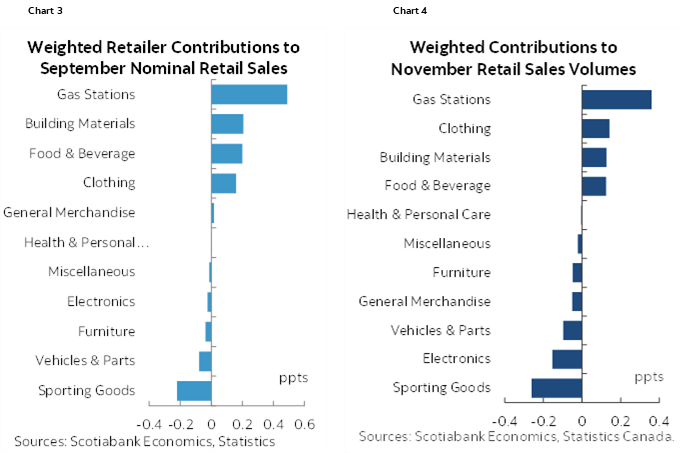