Colombia’s Consumer Confidence Index (CCI) stood at -17.5 percentage points in April, a slight increase of 0.3 ppts over the previous month, reflecting an improvement in expectations of future conditions (chart 1), as the index of current conditions registered a slight fall (chart 2). 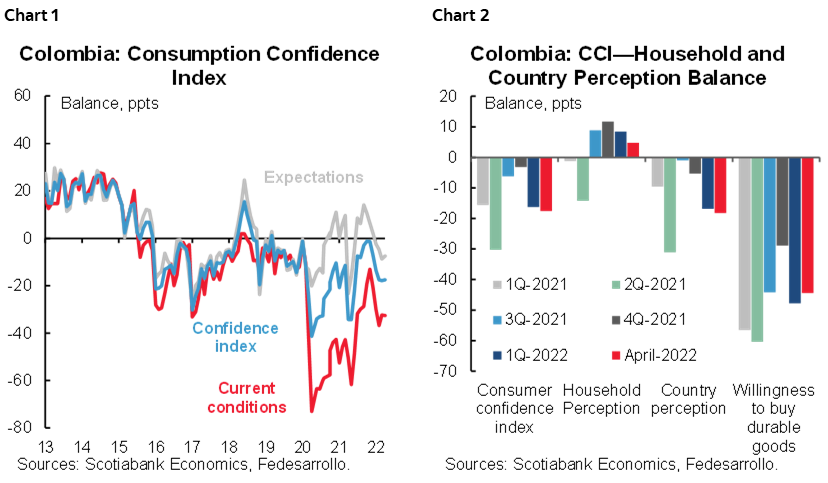 All in all, consumer confidence in April suggests that consumers remain pessimistic about their current situation but are more optimistic about conditions one year ahead. High-income households’ confidence is beginning to reflect the negative effects of high inflation. Willingness to buy durable goods and vehicles remains low. Moreover, inflation could further weaken household confidence, possibly affecting spending. In any case, we expect the central bank to continue its cycle of monetary policy tightening, likely reaching a terminal rate at 8%, as we see inflation trajectories in the short and medium-term remain high and well above BanRep’s target range.

I. Inflation’s upward trend reinforces our call for a 50 basis points hike

Going forward, we expect prices of some products to moderate somewhat as the government’s plan to deal with inflation is implemented. However, we expect global supply chain disruptions to continue to negatively affect price dynamics. In this environment, we anticipate Banxico hiking its policy rate 50 basis points to 7.00% on Thursday, May 12 in line with consensus, closing 2022 at 8.50% and 2023 at 9.00%. 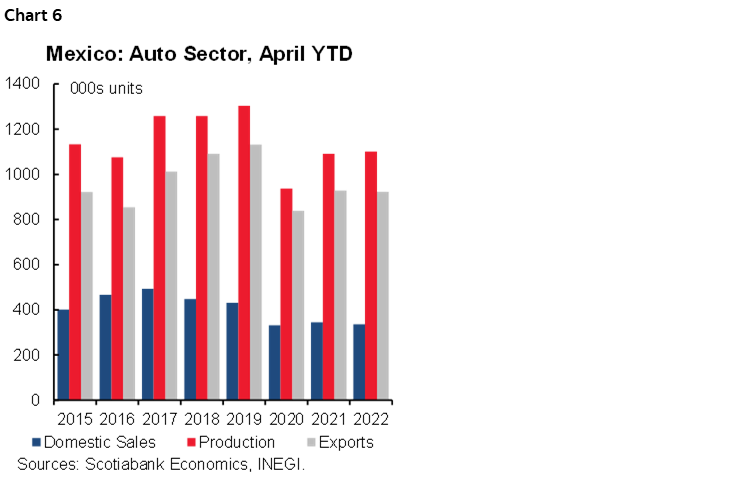