ON DECK FOR WEDNESDAY, SEPTEMBER 8

The BoC will be the sole focus ahead of the first Canadian leaders’ debate. Global market sentiment is slightly risk averse with a mildly stronger USD, slightly flatter sovereign yield curves with 10 year yields down by 1–3bps and with equities down by ~½ in Europe and little changed in N.A. futures. There were no material overnight developments. The US calendar will be quiet with just the Fed’s Beige Book (2pmET) and this morning’s weekly mortgage purchase applications that fell 1.9% w/w on lower refi activity while the purchase applications have moved slightly off the late-July and early-August bottom.

Other than massaging some of the wording in somewhat cryptic fashion, there is very little to be expected out of what will probably be a rather short statement from the Bank of Canada (10amET) before the election 12 days later and before the October 27th MPR forecast reset. There will be no press conference or forecasts today, so just drop it, run and hide. Remember, the entire goal here is to avoid headlines and big market effects and hence stay out of the political crosshairs, so treat expected market effects accordingly.

How short will it be? Short short. Heck, for that matter, why not just be honest about it and issue one tersely worded sentence: “Due to the pending Canadian election we have nothing to say.” Done. That would respect what the BoC has typically tended to do into elections. But they won’t. Into past elections, the September 2019 statement—when the Libs were cruising to a majority against Harper—was a brief 393 words long and spread across five short paragraphs. The September 2015 statement (when the Libs were on the verge of losing their majority) was even shorter at 335 words, also with five short paragraphs. Are statements even shorter when polls indicate a minority outcome one way or the other?

Assessing potential statement wording changes for this meeting is always complicated by the fact we are comparing to a full MPR statement in July, let alone by the election. Here’s an attempt by going back to the July statement. On balance, what they’ll take back in some forms of added caution by flagging rising COVID-19 cases and the GDP disappointment I’d expect them to give by way of cautious optimism with a see ya in October feel to it as they punt the opportunity to incorporate new information into a full forecast update.

Tomorrow’s speech by Governor Macklem might be more interesting with a focus upon “QE and the reinvestment phase.” See my week ahead pub and deck for a full preview of the BoC that is more focused upon Macklem's speech on QE the following day.

After the BoC, it’s onto the French-language national leaders’ debate at 8pmET tonight. Details on how to watch, format etc are available here. No doubt it will be a couple of hours of scintillating debate about the worldly and domestic matters that really matter the most. Should your French happen to be a tad rusty, networks (eg. Global News) will be airing translations tonight. The English-language debate will be tomorrow night.

Now, if an economist were the moderator this evening, then here is what I’d ask each party leader with the full realization that these questions stand pretty much zero chance of being asked if they want the majority of the audience to stay awake.

1. What single, tangible economic policy do you think differentiates your party’s platform from the others?

2. Do you plan on raising taxes to pay for pandemic costs and further spending like the UK just did despite PM Johnson’s earlier pledge? If so, which ones?

3. Given that a material decline in debt-to-GDP does not appear to feature as part of any of your platforms, how would you prepare the nation’s finances for the next and subsequent downturns (that economists are unlikely to forecast far enough in advance) and when deficit financing and debt ratios typically soar?

4. Your proposals to tackle a rising cost of living measured by CPI inflation affect trivial shares of the CPI basket. How would your government react to the broad effects and unequal outcomes if we are entering a period of sustained inflationary pressure in excess of the Bank of Canada’s 2% target especially given the BoC’s rather spotty track record at forecasting inflation?

5. Are you comfortable with the balance between fairness and encouraging growth in the nation’s system of taxation? If not, how would you change it and would you make it more/less progressive and more/less growth friendly?

6. Education is mainly a provincial area of jurisdiction, but how would you tweak Federal programs to re-equip the workforce for potentially permanent pandemic-era changes?

7. We’ve heard a lot about punitive sector measures from each party, but in a more positive sense, how would you help to unleash greater growth and employment prospects for the country’s key sectors, such as Finance and Energy? What are your specific proposals to reduce barriers to growth across new economy sectors?

8. Are higher intergovernmental transfers really the solution to a post-pandemic world, or would provincial governments simply crowd in fiscal relief by spending more and/or cutting taxes?

9. We’ll have a new government before the Bank of Canada issues its long-awaited strategic review. Is there anything you would change in their inflation renewal agreement if you had a blank slate?

10. Could you please elaborate upon how Canada can enact policies to grow the oil and gas sector without violating GHG pledges and how you would feel about doing so? Also how would you address the critical issue of diversifying export markets through new pipelines in a realistic sense that addresses issues in the courts and across special interest groups?

But don’t hold your breath. None of these questions will be materially broached in the debates. From day one, this election campaign was not being waged as a contest between materially different platforms on the economy. That’s in no small part due to the fact that the electorate isn’t demanding it relative to other issues that have less bearing on the long-run prosperity of the country. 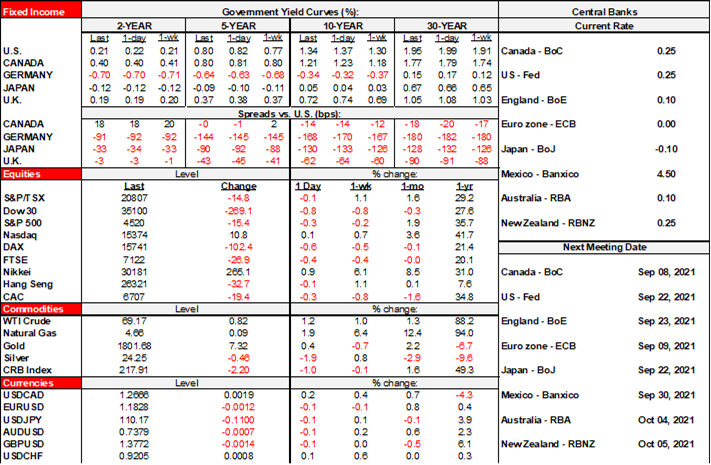